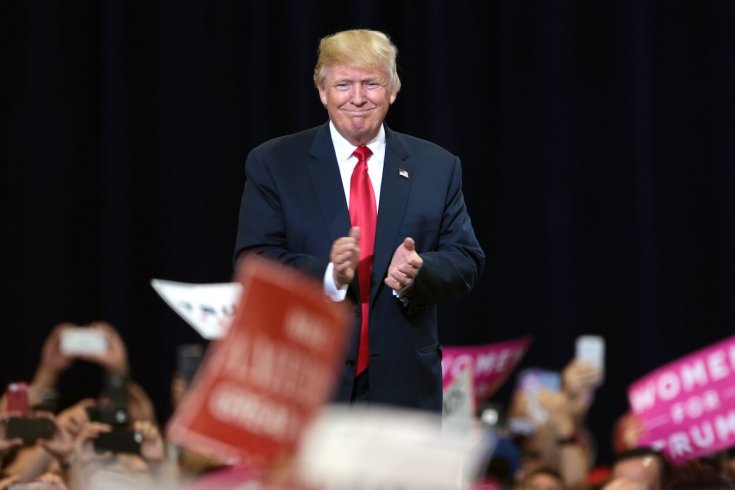 In her speech this morning on the upcoming NAFTA negotiations, Chrystia Freeland opened with an anecdote of American failure: “In his book about the war of 1812, the historian Alan Taylor describes how, at the height of the conflict between the United States and British Canada, the US forces unaccountably held off trying to invade the St. Lawrence River valley,” she said. “Such an invasion might have dramatically changed the outcome of the war. But it never happened.” The rest of her remarks were more or less boilerplate—details about Liberal hopes for the negotiations, which mainly include increasing labour protections and environmental regulations and keeping everything else the same. The anecdote was nonetheless pointed: America has tried to bully Canada before, and failed. They shouldn’t try again. It was yet another sign of America’s waning influence. Even the Canadian foreign minister no longer finds it necessary to fawn.

Lately, I’ve been thinking a lot about the American inauguration. You probably remember it from the rioting in the streets, the burned cars in downtown Washington, DC, and Trump’s historic speech which declared that the “American carnage” would end and that he was officially going to put “America first.” The past week has seen the fulfillment of the promise of that first inaugural with the violence in Charlottesville and the inauguration of a totally unnecessary series of trade talks. Oh yeah, and the nuclear standoff with Korea. I’d forgotten about that. Who can keep track anymore? Americans voted for a batshit lunatic and a batshit lunatic is who they have in power and he is making their country batshit, as promised.

I happened to watch Trump’s inauguration from a very privileged vantage point—from the Canadian embassy on Pennsylvania Avenue. The Canadian embassy is a hot place to watch American inaugurations, and Trump’s inauguration was no exception: the place filled up with naval attachés and cultural attachés and men and women “with the steel delegation” and other vaguely spy-sounding titles. When Trump uttered the syllables “America first,” it was like every single person in the room simultaneously heard about their dog dying. Every face deflated. The bureaucrats that keep the world running collectively aged about a decade in that one moment. They knew—everyone who was paying attention knew—that the American world order, as we had known it, was over.

Freeland made an earlier speech on June 12 and it was, in one sense, Canada’s first blush of response to the Trump Presidency, even if it came nearly six months after he took office. Speaking more in sorrow than in anger, she wondered at a country that “has come to question the very worth of its mantle of global leadership.” She was beautifully clear about Canada’s role in the face of the imminent collapse of America’s world leadership. We stand with the law. We stand with right over might. It’s in our interests to do so, but it’s also our principles. Certainly, Stephen Harper stood for exactly the same thing. “It is important to note that when sacrifice was required to support and strengthen the global order—military power, in defense of our principles and our alliances—Canada was there,” Freeland declared, echoing Angela Merkel’s earlier speech about Europe needing to find its own way.

In a few short months, the situation has changed again. An enormous surprise has emerged from America’s retreat from the liberal world order. It’s best to pose it as a question for now, but here it is: Perhaps the world is better off without American interference? America always thought of itself as the necessary nation. Almost everyone else believed it, too. Was it just PR?

To take a few recent examples: The members of the Trans-Pacific Partnership have decided that they don’t need the United States to move forward on their trade deal. They always were the nightmare participant. Why not just ignore them? Elsewhere, countries are realizing that the United States simply is not going to show up like the proverbial cavalry, so they have to take control themselves. This past week, without any American preemption, twelve countries in Latin America refused to recognize Venezuela’s constituent assembly.

The most extraordinary example of the newly emerging world order is Mexico’s new military arrangement with Brazil. These two countries are traditional rivals in South America but American insanity has forced them to deal with those they would ordinarily hate. It was, of course, in America’s interests for Brazil and Mexico to be rivals. Divided loyalties increased their power over the region. Perhaps America was more than unnecessary. Perhaps it was an impediment.

Which brings us back to Freeland’s reference to the war of 1812. The Alan Taylor book to which she referred is called The Civil War of 1812, and its argument is that, in 1812, the Americans and the Canadians were so close to one another—often blood relations—that the conflict that preserved Canada amounted to a rejection of a political order rather than the resistance to a conquering people. The book captures our unique relationship to America, which is going to serve us fabulously well in the upcoming global reorientation. Every government in the world is imitating
Trudeau in the way it has dealt with Trump, down to the handshake.

Old platitudes of obsequiousness towards the Colossus are no longer appropriate and probably not all that helpful. America isn’t responsible; that’s a fact. The highest echelons of the United States government may or may not have been infiltrated by Neo-Nazis. But the matter for Canadians is actually quite simple: We love democracy, we love the rule of law, we need sane treatment of dangerous nuclear power and we need aggressive global cooperation on climate change. If America isn’t going to contribute anymore, it will have to get out of the way.

How Ranked Ballots Could Strengthen Our Democracy

Stephen Marche is a Toronto writer. He is currently at work on a book about the risks of civil war in the United States.
X