Preacher in Practice | The Walrus
Skip to content
Father Thomas Rosica, Catholic priest and smooth media operator, is an expert at spreading the Word

“Okay, everybody, we have a staff meeting in five,” calls out Father Thomas Rosica, the chief executive officer of Salt + Light Television, a non-profit that broadcasts Vatican events, documentaries, and Catholic news in five languages and counting. As he whirls around the downtown Toronto headquarters, waving his hands, two dozen or so of Salt + Light’s clean-cut flock gather around a long conference table. Sturdy, with a shock of black hair, deep-set eyes, and a prominent Roman nose, the fifty-three-year-old priest stands at the head of the table while everyone recites the official Salt + Light prayer: “God our Father, on a hillside in Galilee, your Son Jesus called us to be the salt of the earth and the light of the world.” Then he gets down to business.

“First of all, I want to announce that as of today we are officially broadcasting news in Cantonese,” he begins in his rapid-fire baritone. “The Leprosy Mission has asked us to do something. There’s this great saint, Mother Marianne Cope. She was an American, a Franciscan nun who tended to lepers in Hawaii, and I’ve agreed to do a half-hour program on her. And the Bishops’ conference called me yesterday. The executive meeting this year will be in Bogotá, and they want a film about the new evangelization in Canada. Ten minutes—we need it by next week. It might be good to put in some stuff about the Spanish community in Canada.” Next he considers how they will penetrate the huge, mostly untapped US market; he is already negotiating with major American cable providers. The business of the media and the business of the Church turn out to be not so different. It’s all about spreading the Word. 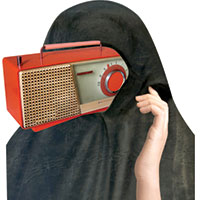 While the US Federal Communications Commission has no “authority to prohibit radio and television stations from broadcasting religious programs,” the Canadian Radio-television and Telecommunications Commission considers religious programming a matter of public concern. In 1983, it referred to the “degree of controversy frequently associated with religious practices and beliefs,” and ruled against religious shows produced on television or radio by a single denomination. Lobbying by special interest groups and the introduction of digital channels prompted a 1992 review of the decision. Today the crtc licenses Canada’s religious specialty stations on a discretionary basis, and they must be encrypted and offer clear opt-in payment, which is why most broadcast ­digitally. The crtc treats unidenominational shows the same way it does adult programming. To ensure an elective viewership, neither may be packaged with other programs.

Born in Rochester, New York, Thomas Rosica received his BA in French and Italian language and literature at St. John Fisher College in nearby Pittsford, and went on to earn advanced degrees in theology and sacred Scripture in Toronto, Rome, and Jerusalem. Before discovering his inner entrepreneur, he was well into a career teaching Scripture at the university level, when he was called back from Jerusalem to take over the floundering Newman Centre at the University of Toronto in 1994.

He cleaned house (both literally and figuratively) and swiftly moved the centre from a financial trouble spot for the Church, with an alternative, disaffected congregation on the margins of Catholic orthodoxy, to a tightly run ship in lockstep with the Roman Catholic Archdiocese of Toronto. Not everyone was pleased: complaints from alienated former congregants grew so intense that his superiors conducted an inquiry to determine what was going on. Rosica was vindicated, and his aggressive, entrepreneurial style (he is very American) also impressed someone higher up.

“In 1998, I was in a meeting with [the late] Archbishop Meagher, and he said the Bishops of Canada wanted to petition for World Youth Day,” he recalls. “He asked me who I thought would be a good CEO for the event, and I said, whoever it is I feel sorry for him! Then he told me he was planning to submit my name. Four months later, I was called to Ottawa to be interviewed by a panel of French and English bishops. Four days after that, I got the call, and my life radically changed.”

The priest worked 24/7 to organize what would become the Seventeenth World Youth Day; held in Toronto during the summer of 2002, it drew more than 800,000 pilgrims to Downsview Park. Logistics were made all the more complicated because the congregation took place less than a year after the September 11 terrorist attacks, and required coordinating security with the local police as well as the RCMP, CSIS, and even the FBI, the CIA, and Interpol. Culminating with a Mass conducted by the gravely ill Pope John Paul II, the event was deemed a success by Church officials in Canada, and raised Rosica’s profile even further.

That same year, the Gagliano family of Toronto, founders of the influential St. Joseph Communications group, invited him to a meeting. Their deeply religious patriarch, Gaetano (then eighty-five), and eight of his ten children—including his son Tony, the company’s executive chairman and CEO—were in attendance. “They said, ‘Papa has wanted to start a Catholic television network for ten years, but the Church didn’t seem interested, so we just bought the licence ourselves.’ ” The priest demurred (he had no background in broadcasting), but the family persisted, even faxing him a contract at the Vatican for the position, with thanks in advance for his acceptance: “One day, I had lunch with the Holy Father and told him that these people in Canada wanted me to start a television network. ‘You will take it,’ he responded. ‘Canada is a mission country!’ ”

Rosica launched Salt + Light Television in 2003 with more than $15 million in seed money from the Gagliano family. “I wanted to avoid the pitfalls of most religious broadcasts,” he says. “I didn’t just want to appeal to older people; I wanted it to be for younger people, and for younger people to be the stars.” Starting out by mostly rebroadcasting a Vatican feed, Salt + Light now provides round-the-clock programming, including In Conversazione con Gaetano Gagliano, an idiosyncratic weekday talk show in Italian on more or less everything. The network also produces satellite radio and a magazine.

It is difficult to gauge success in the insular world of religious media, but Salt + Light is a three-time winner of the Gabriel Award from the Catholic Academy for Communication Arts Professionals in the US, and it boasts 440,000 Canadian subscribers. The Gagliano family provides more than $500,000 of its $2.6-million annual budget; Rosica and his team must raise the rest. “I’ve had to relate to the real world on a daily basis, and to learn the language of the industry,” he says. “I found it easier to learn Greek and Hebrew.” Perhaps, but he appears just as deft at navigating the world of secular power brokers as he is with finding his way around the Vatican.

The chapel at Salt + Light is modest, the altar constructed out of World Youth Day relics with a gold cross and icons of saints behind it. Just before lunch, Father Rosica sets down his worldly affairs, ducks into the sacristy at the side of the chapel, and changes into a green robe. Salt + Light employees leave their workstations, genuflect, and quietly settle into the chairs arranged before the altar. Rosica gives the homily with the same fast, smooth, confident insistence with which he speaks about the importance of a multi-platform approach to media. “In Mark, it says that the role of the Apostles is to ‘be with him,’ ” he preaches, restlessly pacing back and forth. “That says a lot about our relationship to Jesus: it is to be with him. The aim of our work here is not to be a brilliant media company, but to be with him, to be with Jesus; he is our founder, not Mr. Gagliano.” That said, In Conversazione con Gaetano Gagliano will air again tonight, faithfully, at 6:30 Eastern Time. 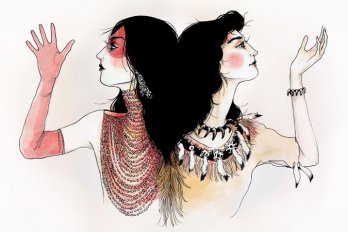