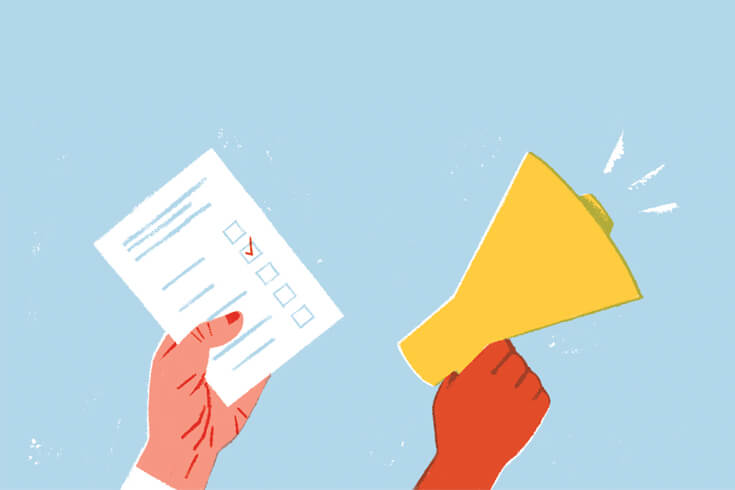 When Canadians go to the polls this month, it will be the first time that millennials—generally held to be those born between 1980 and the mid-1990s—make up one of the largest blocs of voters. This cohort, to hear the press tell it, has swept across the broad plains of tradition and consumer tastes, wielding the power to lay waste to the diamond and beer industries, the institution of marriage, mayonnaise, and perhaps even the act of sex itself. But now, four years after a 57 percent youth-voter turnout helped sweep the Liberal government to power in 2015 (an increase of nearly twenty percentage points since the 2011 federal election), a perennial question still hangs over the upcoming election: Why don’t young people care about politics?

The question of young-voter apathy has dogged politics in North America for decades. In the nineties, the adage “If you don’t vote, you can’t complain” was used so ubiquitously to scold Generation X voters that comedian George Carlin famously retorted, in his 1996 stand-up special, Back in Town, “Where’s the logic in that? If you vote, and you elect dishonest, incompetent people, and they get into office and screw everything up, well, you are responsible for what they have done. You caused the problem. You voted them in . . . that I didn’t have anything to do with.” But even this flippant criticism misses a question that rarely comes up in the electoral conversation: Why is voting considered the only legitimate measure of political engagement?

To let a politician tell it, the concerns that keep voters up at night are born of middle-class anxieties and can be fixed with policy tweaks. When Canadians say they are worried about job security, for example, the policy answer is often business-tax cuts. When a housing crisis emerges, the answer is endless fiddling with RRSP-withdrawal rules and mortgage amortization. While the aesthetics and tone of the parties differ, Canada’s electoral choices have generally failed to challenge the fundamental issues that materially affect young voters: debt, wage stagnation, precarious employment, and income inequality.

Consider that, until Occupy Wall Street came along in 2011, the phrase “income inequality” didn’t get much airtime in mainstream political discourse. Occupy, a movement with many millennial leaders, called attention to the depth of the frustrations many younger people were feeling when it came to these economic issues; several years later, income inequality is a now core issue in the US Democratic presidential primary. Young Indigenous people were also some of the prime movers of the Idle No More movement, dragging Canada out of its shameful state of apathy toward Indigenous communities and putting pressure on our governments to engage in meaningful reconciliation.

These examples are not outliers; while political parties and the older voters who elect them may control the levers of government, young people have consistently shamed them into action from outside of the electoral process. Young people formed the peace movement during the Vietnam War, organized the Black Panther Party for Self-Defense, comprised the Student Nonviolent Coordinating Committee and the core of the Freedom Riders. Even now, young people are engaging in nonelectoral politics far ahead of voting age: Swedish environmental activist Greta Thunberg launched the School Strike for Climate at the age of fifteen, and Mari Copeny (known on social media as “Little Miss Flint”) was only six years old when she began a campaign to raise awareness of the lead-tainted tap water in Flint, Michigan.

The political status quo has rarely responded well to youth activism; in fact, its first reaction is often violence. The Black Panthers faced government surveillance, infiltration, and government-sanctioned assassination. The anti–Vietnam War movement was targeted by the FBI, and the NYPD ran Occupy Wall Street out of Zuccotti Park.

In 2017, Environics published a comprehensive study of millennials, examining their consumer habits, education, financial security (or lack thereof), and political participation. The results were unsurprising. Millennials want to earn money but fear the lack of job opportunities. They want to raise families but don’t have the stability to live the lives they want. And, when it comes to political participation, there is an interesting dichotomy: most millennials pay close attention to the news—as much as older age cohorts—but many do not vote. Of those who reported not voting, their top reasons were disliking the candidates and simply having no interest in the process.

Perhaps, given young people’s experiences when politicians cease hostilities to pander for their votes, that gap was best summed up by George Carlin’s acerbic commentary more than twenty years ago: “This is the best we can do, folks. It’s what our system produces.”