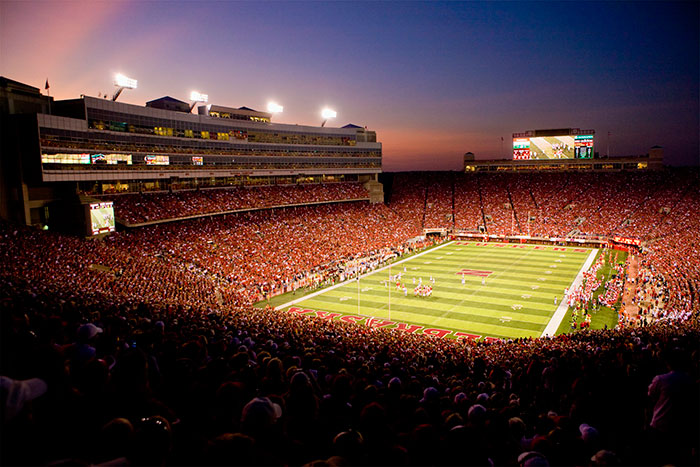 On college football Saturdays, Memorial Stadium in Lincoln becomes Nebraska’s third-largest city. Built in 1923 and enlarged numerous times since, the 81,067-seat venue is home to the legendary University of Nebraska Cornhuskers—and, until recently, to the most welcoming fans in the country. There’s no place like Memorial Stadium to get a sense of my home state.

Husker fans, and Nebraskans generally, are a neighbourly and respectful lot. Win or lose, we stand and applaud opposing teams as they enter and exit the stadium, and large groups of us line their path from field to locker room, offering good wishes and hearty congratulations. That friendliness extends throughout Lincoln. When Texas or Ohio State fans walk into a bar on O Street, they are treated to a chorus of “Great game,” and “Nice job out there.”

Congenial sportsmanship has always been a source of local pride, so much so that the words “Through these gates pass the Greatest Fans in College Football” frame each of Memorial Stadium’s twenty-four entrances. It’s not just provincial hyperbole. Among others, iconic sportscaster Keith Jackson and former Oklahoma coach Barry Switzer affirm the sentiment. As ESPN College GameDay co-host Lee Corso has said, “Nebraska fans are the greatest in all of college football. They respect their team and their opponents better than any I’ve ever seen.”

A union rep’s poor bargaining skills cause a riot 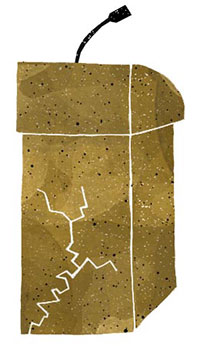 Javier Contreras began his career as an assembly operator at New United Motor Manufacturing Inc., a California plant that produced cars for General Motors and Toyota, before he transferred to the plant’s human resources department in 1986. For twenty-four years, he represented United Auto Workers Local 2244 as bargaining chairman. When GM declared bankruptcy in June 2009, it terminated its occupancy at NUMMI, effective March 2010. Following months of secret negotiations, Contreras settled with a less-than-favourable deal: for staying on until the plant closed, employees would be paid a “bonus” of between $13,000 and $43,000, depending on their years of service, but would receive no severance package or medical or dental benefits. At a UAW meeting on January 24, 2010, enraged workers accused Contreras of betrayal and lack of leadership. “Where the hell have you been? You took our jobs!” some screamed. After a long, rowdy exchange, he lost his temper and screamed back, “Shut the fuck up, you motherfuckers!” With that, his fellow union members stormed the podium, and a riot ensued. After NUMMI’s closure, Contreras found a new job at a human resources firm in Oregon.

Like my dad, I’ve been a Husker fan my whole life, and I attended every game I could when I was a student at the University of Nebraska. But shortly after the 2004 US presidential election, which shook my faith in America, I packed a U-Haul and made for Toronto, and what I thought was a socially progressive country that didn’t violently or economically bully others. I joked that I wanted to be one of the good guys.

Canada is my home now, but each football season I miss the spectacle of Memorial Stadium. I miss the enthusiastic and knowledgeable crowd—the “Sea of Red”—and Der Viener Schlinger, an air cannon that hurls hot dogs high into the stands. I miss the 290-strong marching band. The instant replays broadcast on one of the largest jumbo screens in the country. The weekly flyovers by fighter jets and stealth bombers. I miss all the things dingy sports bars on Yonge Street can’t replicate.

Several years ago, I flew back for the NU–Southern California game with a buddy who is originally from London, Ontario. It was a night game, and we spent the afternoon watching NCAA football at Barrymore’s, my favourite Lincoln bar. When a group of guys from Omaha learned that we had come from Toronto, they began buying us drinks. My burgeoning Canadianness and my Canadian friend were welcome novelties in 2007.

It was clear that the climate had changed when I visited Lincoln this past September. For the first time in over six years, my living in Canada was met with wariness, if not downright coldness. Two weeks earlier, the mere mention of a Calgary-based company had caused Memorial Stadium to erupt in booing. During a TV timeout in the first half of the NU–Fresno State game, a sixty-second video honoured members of the 1978 offensive line. The content was hardly contentious, but Nebraska fans booed the highlight reel because of its sponsor: TransCanada.

The company’s proposed extension to its Keystone XL pipeline has sparked an unprecedented groundswell of resistance in the Cornhusker State. In June 2010, TransCanada completed phase one of the pipeline, which runs through eastern Nebraska, facing only murmurs of opposition. But phase four, farther to the west, is slated to cross the ecologically sensitive Sandhills, and the Ogallala Aquifer, the major source of drinking and irrigation water for much of the Great Plains. Although TransCanada has maintained an office of 100 or so employees in Omaha since the 1980s—and has put the entire Keystone XL project through a rigorous environmental assessment—its refusal to reroute phase four has galvanized Nebraskans, who feel the company is flexing its economic and lobbying muscle to steamroll local concerns.

In April 2011, just as objections were mounting, the NU athletic department approached TransCanada, asking it to sponsor a series of videos showcasing former offensive players. It was a fitting match; the Husker offensive line is, after all, nicknamed “the Pipeline.” TransCanada spokesperson Terry Cunha says the sponsorship was a way of giving back to the state; the NU athletic department and its media partner, IMG College, produced the clips. Leading pipeline opponent Jane Kleeb, founder and editor of the website Bold Nebraska, describes the videos as tasteless advertisements. Like many, she believes TransCanada attempted to sway public opinion by appropriating Nebraska traditions—a tactic of cultural imperialism most Canadians tend to associate with big, bad American corporations.

Days after the Fresno State game, athletic director Tom Osborne abruptly ended the contract, to “make it clear that the athletic department has no position, either pro or con” regarding the proposed pipeline. Whether TransCanada “sponsored” or “advertised,” the visceral reaction to the highlight video is what’s most telling. Keystone XL brought out the worst in Husker fans—a palpable inhospitality that even the Oklahoma Sooners don’t elicit. It’s more than just potential environmental disaster, in the form of contaminated groundwater, that has folks united. Many also worry that the pipeline will someday be repurposed to pump the Ogallala Aquifer’s water out of the state. This is a laughable scenario, until one realizes that for most ranchers and farmers drought is a more tangible fear than leaking oil.

Like me, my dad can’t remember our fans ever booing an opposing team, let alone highlights of our own players. My parents have never advertised their political leanings either. But today they have a Stop the Pipeline sign defiantly placed in their front yard.

Because the proposed pipeline will cross an international boundary, all permits for the project will have to be approved by the US State Department. As I write this, none of us knows if Alberta crude will someday be pumped through the Nebraska Sandhills, near where I grew up. And I don’t know if it should or shouldn’t. What I do know is that Nebraskans view Canadians differently than they did a short while ago. Today my living in Canada raises eyebrows at Barrymore’s. Today, in Memorial Stadium, Husker fans boo.

The Coming Sixth World of Consciousness