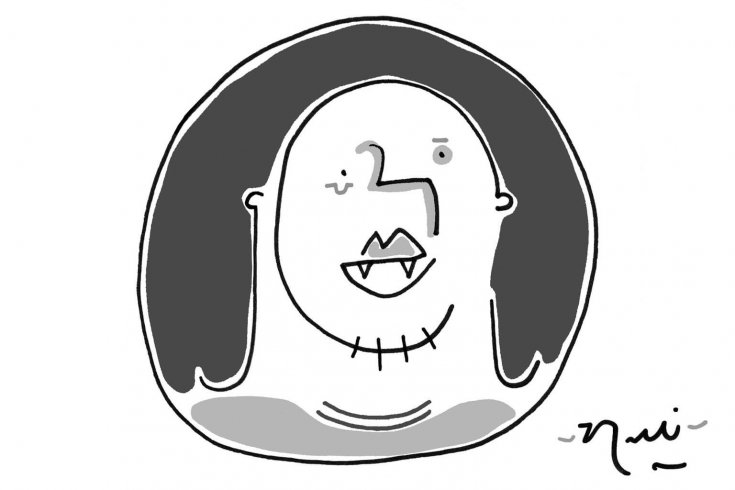 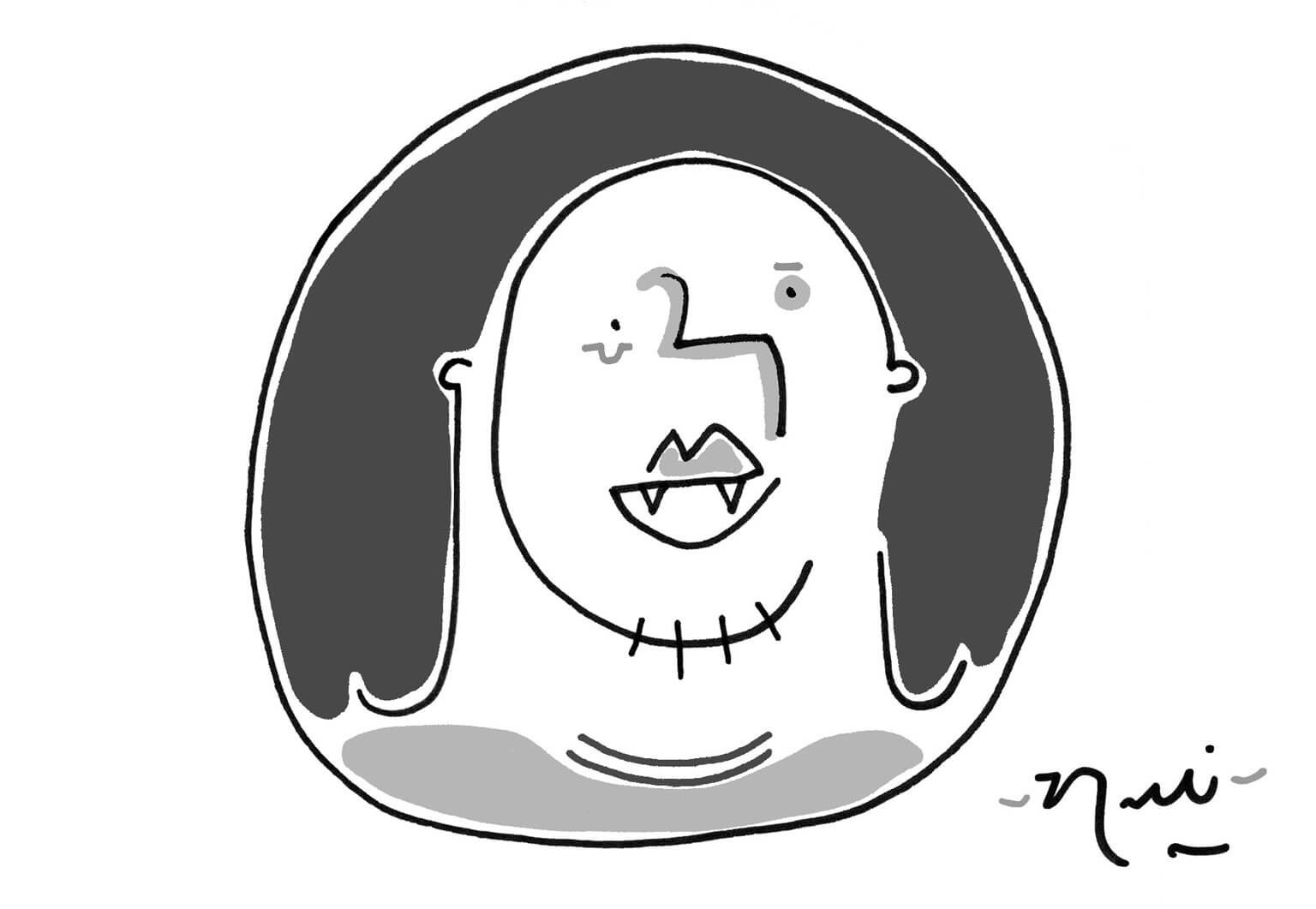 I stayed up all night sharpening my teeth.

Each tooth took—well, not too long. I was done by morning.

I said goodbye to my apartment.

I bit the landlady.

Two guys were punching each other. The one guy fell over.

The living guy crouched down. He touched the dead guy’s chest. He looked upset.

“He wouldn’t do it,” he said. “He wouldn’t sing the anthem with me. I told him . . .  if we stood around, the two of us, singing the anthem, someone else might hear. Then they might sing the anthem, too. Others would hear the three of us—three is pretty loud—and join in. The whole street, maybe. The whole city. A singing city . . . People would feel pretty damn proud of their country. If people aren’t proud, they won’t volunteer for war. We need lots of volunteers because they all die. Hey: you any good at singing?”

I punched him. He fell over.

I bit his nose off and chewed his ears off.

Some blood went down my esophagus but it tasted okay.

“Do you have an appointment?” asked Red Curls.

They pulled hair and screamed.

They saw me. They got up. They looked embarrassed.

“Everything is an outrage.”

One slapped the other.

One hit the other’s skull with a brick.

They both fell down again.

There were white picket signs on the ground.

“What should we write on them?” said the one.

“It doesn’t matter,” said the other.

I bit their hands. Some fingers came off.

They were outraged. I’m pretty sure.

“Would you like to be in debt?” asked the smiling guy.

“Everyone’s in debt,” he said.

“How much debt do you want?”

“You can have as much or as little as you like.”

“But you can have as much as you like!”

“Son! You could have a hundred thousand, if you wanted!”

“You could have five hundred thousand!”

“You could be a millionaire of debt!”

“The first millionaire of debt of the month of December. Nice ring to it, eh?”

“What if . . . I just bought things I could afford? And kept living in my apartment?”

He pulled a form out of a drawer.

I ate his face. I chewed it up. I ate his eyeballs, too.

He curled up on the floor.

I noticed the electric pencil sharpener on his desk.

I sharpened my fingertips. Right down to the bone.

A man was putting up posters. Whenever he saw a blue Today’s the Day poster he pasted a red Yesterday Was Actually the Day poster over top of it. And laughed.

I poked a hole in his throat.

A woman couldn’t decide if she looked more beautiful in a cream-colored hat or a tan hat.

I poked her face and arms and legs.

Some youths were circling a youth. He was on the ground, now. They were stomping on his crotch. They were chanting:

“If he reproduces, intelligent people might take back the planet.”

I poked holes in their cheeks. I could see their wisdom teeth.

I heard a siren.

A great place to hide is under bridges.

I checked the bridge on 13th Avenue but it was full.

The Silver Star Bridge was full.

The bridge by the city dump was full.

I dug a hole in the side of a hill, by the zoo, and pulled a tarp over it. That’ll have to do, for now.

I’m going to sharpen my chin, too.