The Mordecai Richler Reading Room | The Walrus
Skip to content

Concordia University is pleased to announce that Peter Behrens, Governor General’s Award-winning novelist, screenwriter, and short story writer has been named the Mordecai Richler Writer-in-Residence for 2017-18. Behrens is teaching a class during his residency and will be speaking at a public event at Concordia in spring 2018. Watch this space for Peter Behrens Dispatches from Concordia’s Richler Reading Room.

Canada 1?
I often stop to photograph this sign.
Not sure why. More or less the same photograph every time.
It seems to operate the way a powerful poem can.
Saying so little and so much all at once.
Metaphor or a mileage sign?
Maybe a suggestion.
Terse.
Brutally simplified.
If a country is a set of ideas maybe the ideas change over time. Some don’t.
And only one more mile down this road—Vermont Route 108—a large portion of your life, your family, your own history is waiting to do something to you.
Mordecai might have felt something like this, returning to Montreal after the years in England, only he was coming back with his family to settle. Coming home. Planning to dig himself into this ground. Me, I’m caught between places. My son, American-born, is the fourth generation in our family born in a different country. Germany, England, Canada, the United States.
Fortunate son.
I carry with me a book that needs to be written, a Montreal book, I’ll say, if anyone asks.
Such an easy crossing.
Hundreds of refugees—not fortunate—from Trumpism were fleeing across these borderlands lately, northbound. It is beautiful country down here. Or up there. Beautiful on both sides, so when you cross the line you might feel that you are leaving something precious behind, no matter which side you happen to be leaving.
Come winter how brutal this country will seem if you are from, say, Chad, or Guatemala and the taxi hired at the Greyhound depot at St. Johnsbury drops you a wary half-mile south of the line.
It’s a question of privilege.
My father had anxiety around borders. It wasn’t just the half-gallons of scotch and rye from excise-free New Hampshire stashed underneath his children in the backseat.
It was partly that, but it was grounded in something deeper.
He’d returned to Germany in the summer of 1939, intending to persuade his parents—German Catholic father, Irish mother—to leave. War was coming down. They weren’t Jewish and were in no mortal danger but despised Nazis and he didn’t want to be separated from them in wartime.
Problem was they had only German passports so needed exit visas to leave. Even applying for the visa meant listing, then handing over, everything you owned—savings, real estate, possessions—to the Nazified tax authorities.
This was how Jewish refugees were fleeced.
My grandfather thought even if they were able to get to England, Canada or Eire, he would be interned again when war started. That had been his bitter experience when caught in England during the First World War, and he didn’t believe he could survive another internment.
So a few hours before the war began my father left his parents on the platform at Frankfurt hauptbahnhof and made, just barely, the last train leaving for the Dutch frontier. He worried the Nazi frontier police would insist his German name made him a citizen of the Reich despite his British passport, then remove him from the train. But they didn’t. And the Dutch border guards let him in and he reached Rotterdam and eventually Montreal, via New York.
On his deathbed in Montreal half a century later he came up out of a coma, sat up wild-eyed, and ordered me to fetch his passport, his suitcase. He had to get to the station, board the train, and cross the Dutch frontier before it closed.
No time to lose.
Bakersfield, Vermont. Enosburg Falls. Tonight I’m crossing the border at Morses Line and will have nothing to declare.
Frelighsburg, Québec. Bedford. Pike River. On a northeast heading, the last Appalachian hills will smooth out into the forensic flatness of the St. Lawrence Valley. Dairy country, steel silos, ranks of corn and tractors the size of buildings. Peculiar intrusion of the ex-volcano hills on the flatscape, one of them Mont-Royal but I won’t see that rise until I’m in ferocious traffic riding over the hump of the bridge.
Fortunate son.
“Why did you come this way?” the agent asks. Are you trying to sneak in through a back door? is the implication. A modern fortress of a border station hunkers on the interstate highway a few miles to the west, on the most direct line to Montreal. This post is a tiny backwater. The fields are thickened with September corn or they are dark and fallow and the warm evening smells of manure.
“I like the drive,” I tell her. “I like the country.”

Dispatch 2: A Man Without Land

Duddy Kravitz’s grandfather thought he had nailed it when he told the kid, “A man without land is nobody.” The old man slipped that pebble into Duddy’s shoe and it spurred him on for the rest of the book. Land equals respect. Acres will transform you from ghetto Jew into Canadian person.
Duddy’s zayde owned little but self-respect, which is a lot, and something Duddy mostly lacked. The St. Urbain Street boy wants what he wants so badly, his desire has the power to humiliate him. Acres equals respect and he’ll corrupt himself to acquire them. Duddy cheats and steals to put together a parcel of land in the Laurentians, as glaciated, lake-raddled and sternly beautiful a country as the most besotted of Group of Seven groupies could imagine.
Duddy hungers for ownership of ground and himself. He is convinced one is rooted in the other. So he needs not just any ground, but a big patch of primal Canada. He’s not interested in picking up tenement buildings along St Urbain Street or rue Jeanne-Mance, which might have been a smarter buy–long-term, anyway–seeing how ferociously hot real estate in Montreal’s Mile End quartier is these days.
Duddy doesn’t want to own his ghettoness, he wants to transcend it. He’ll throw lovers, loyal employees and French Canadian hill-country farmers under the bus if they get in his way. And from Duddy’s point of view, people are always getting in his way.
A man without land is nobody.
The Laurentian Shield? To Duddy, it’s more than geology– it’s armour. When he brings his zayde up north to show off the country he’s buying up, the old man turns away from the wondrous forest. Zayde has a pretty good idea what Duddy did to get this far and what it’s cost him.
A man without land is nobody.
I’m still trying to get over growing up in the Montreal apartment my parents rented on for thirty-five years. It was a nice apartment, with a fireplace in the living room, and wasn’t anywhere near St Urbain Street. But we didn’t own any of the rooms we lived in. My father, Billy, would never buy property, even when apartments, Laurentian farmhouses, and Maine beach cottages were offered by pals at insider prices that sound like a joke nowadays and even back then were no-brainers. Everyone else we knew lived in a house and my father’s friends were always after him to settle down, calm down, buy in–and wondering why he wouldn’t, or couldn’t.
Coming of age in England, Ireland and Germany between 1914 and 1939, several worlds came crashing down around my father’s head, and his particular strand of deportee/refugee DNA presented symptoms different than Duddy’s. Montreal became his home but I think he never stopped worrying that he might have to leave.
The St Lawrence Iroquoians held this land when Jacques Cartier sailed up the river and they used it, lived off its bounty, yet apparently never thought of themselves as owning it. They didn’t believe it was own-able. They held it by not holding it. Same with my old man. He leased the fireplace apartment and forty years later died in a hospital room with a wintery view of his snowed-in city, never having owned a square inch of it.
Billy was allergic to nationalism, all flavors– that’s a part of it. Montreal in The Sixties wasn’t vengeful England during the Great War, wounded Ireland of The Troubles or hell-bent Germany of the 1930s. But it wasn’t middle America either. Plenty of Quebecois get all teary-eyed recalling the excitement in the schools and streets, the joyous reconfiguration of French Canadian identity minus the heavy burden of ultramontane Catholicism. But masses of excitable youth, faces painted blue-and-white, parading under flags, reclaiming the city and proclaiming their own Quebecness, bounced my old man right back to Germany 1933-39.
This was a misappreciation of what was going on, but not entirely. And we’re all wired by the history we have lived through. My father knew he didn’t, couldn’t, belong to this nation.
A man without land may be nothing but he’s also free to leave, quickly if he has to. 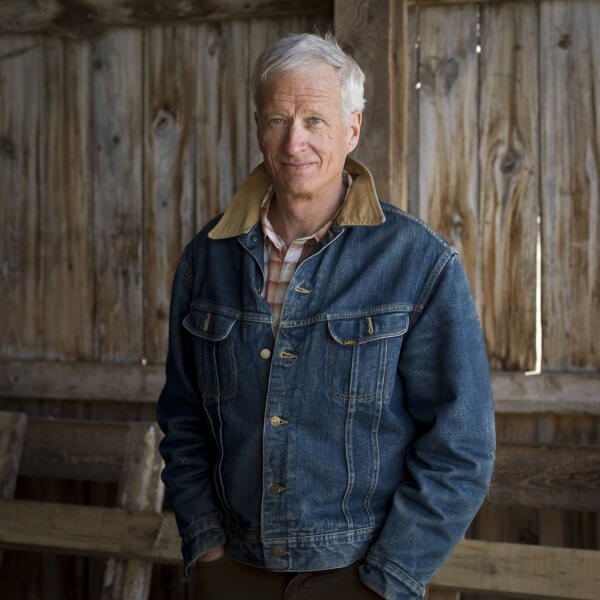 Peter Behrens’ first novel The Law of Dreams won the Governor-General’s Literary Award and is published in nine languages. The New York Times Book Review called his second novel, The O’Briens, “a major achievement” and Megan O’Grady, writing in Vogue, calls Carry Me, his latest novel, “another meditation on history and destiny . . . that make[s] the past feel stunningly close at hand.” Carry Me has recently won The Vine Award for Canadian Jewish Literature (“Behrens is a master, at home in the broad sweep of history and the intimate detail of a character’s experience. This is a novel that could be, should be, read in a hundred years.” —The Jury ). A native of Montreal, Peter Behrens held a Wallace Stegner Fellowship at Stanford University and was a Fellow of Harvard University’s Radcliffe Institute for Advanced Study.

Concordia University is pleased to have hosted artists Matthew Forsythe and Ann-Marie MacDonald as Writers-in-Residence..

For more information about the Richler Writers-in-Residence, read and watch their dispatches.

Richler’s Legacy and The Walrus

Mordecai Richler taught Quebec to laugh at itself—a quarter century before it was ready to do so. Montreal finally is giving him his due

How Mordecai Richler taught a generation of writers to think big

My Dad, the Movie, and Me

On the set of Barney’s Version, with Dustin Hoffman, Paul Giamatti, Minnie Driver, and the ghost of Mordecai Richler