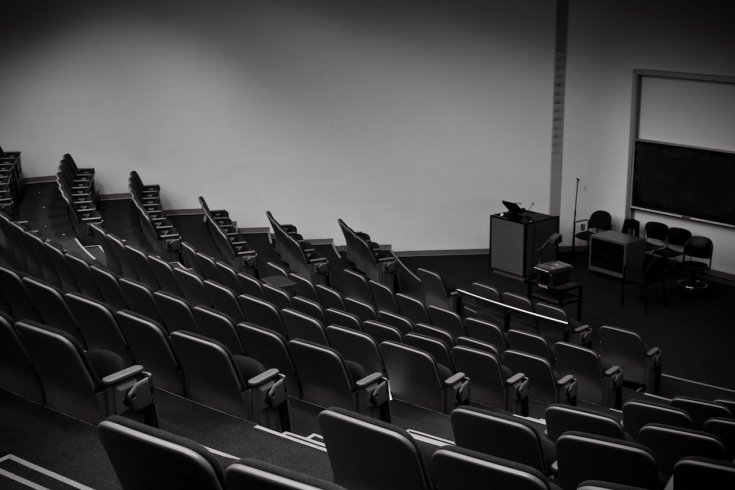 There’s enormous agreement among Ontarians when it comes to the issue of a college education. A 2014 poll by Vector Research found that, when asked whom they trust most to ensure the quality of that education—professors, administrators, or government—the vast majority of Ontarians put their faith in professors. They also agreed, overwhelmingly, that professors should have academic freedom to determine the content, design, and delivery of their courses and should also be free to criticize college administrators without fear of reprisal.

It’s no surprise that this consensus matches, almost to the letter, the position of the roughly 12,000 faculty members involved in the current labour dispute, now entering its third week. College professors love their students and want them to get the finest education they can offer. Like the vast majority of surveyed Ontarians, instructors think that a college education is about more than acquiring the technical skills necessary to get and keep a job. It’s also about learning to think critically and creatively about a broad range of issues we all face today.

The administrators who run the show—the College Employer Council and the college presidents—seem to disagree. One key issue for strikers, for example, is the CEC’s refusal to hire full-time professors. While student enrolment in Ontario colleges doubled between 1989 and 2004, full-time faculty numbers fell by 22 percent during the same period, to the point that today full-timers make up only one-third of the entire college academic staff.

What has the administration done with all that tuition money? Hire more college administrators. From 2003 to 2016 alone, administrative positions within Ontario colleges rose by a whopping 77 percent, well over double the increase in student enrolment. Apparently, we don’t need more professors with bona fide academic and professional credentials to teach our students. Indeed, we have far fewer of them today. But we do, apparently, need more administrators to manage those diminishing faculty members and tell them how to do their jobs.

And not only are the numbers of administrators increasing, so are their salaries. The average wage of the roughly 70 percent of college faculty members on partial and part-time contracts at Ontario colleges is about $30,000 annually. The union has asked for a raise of 9 percent over three years, but in the last round of negotiations, the CEC and college presidents offered all faculty members a pay hike of 7.5 percent over four years—or an increase of 1.875 percent annually.

It isn’t lost on Ontario Public Service Employees Union negotiators that from 1996 to 2012, Ontario college presidents received an average annual salary increase of an extraordinary 12.44 percent—six times the annual rate of inflation. And if that wasn’t enough, in January of this year, Ontario college presidents were back at the trough asking for another pay hike, this time an unprecedented 32 percent annual average increase, taking the highest salaries in the sector to $494,000—ahead even of some of Ontario’s university president salaries from the largest and top-ranking schools.

And when it comes non-monetary demands, such as academic freedom and the freedom to criticize college administrators, the administration is simply not interested; as they negotiate, they have ignored these demands from the union. Administrations control the curriculum and control the faculty who teach it. Because the curriculum is out of the hands of faculty, faculty are, in effect, merely “curriculum delivery units,” academic and professional talking heads, if you will, in the eyes of administration. It’s precisely the opposite of what the majority of Ontarians want them to be.

So much for creativity, so much for cultivating creative thinking in our students, and so much for insights from genuine academics and technicians and professional people in shaping what our students learn. Only administrators can be trusted with such important matters, in flagrant contradiction to what all the literature about higher education teaches us. You want compelling, vibrant classrooms for our students? Hire great people, treat them well, and let them do what they know best: teach students. For every buck you spend, you’ll get two bucks’ worth of real value to society and students in return.

As to the colleges’ openness to joint governance and faculty having the freedom to criticize administration regarding its policies, practices, and curriculum, if you reflect on the byline of this article you’ll have my own thoughts on the matter. Maxine Simon is not my real name. If it were, I wouldn’t be writing to you from the picket line; I’d be writing to you from the unemployment office. And if you think I’m kidding, think again. These people play hardball when it comes to any kind of dissent or when their power is threated. Welcome to Ontario college higher education.

Colleges are what they are today because senior college administrators want them that way. They want more precarious labour, less academic freedom, more online courses, fewer full-time faculty members, and a more obedient and docile staff and student body. Such ambitions may be good for businesses, though I rather doubt it. But I know with certainty that they are antithetical to institutions of higher learning and will quickly erode a school’s quality and standards if allowed to go unchecked. In Ontario today, these ambitions are not merely going unchecked; those who run our colleges are actively advancing them as a matter of principle.

One caveat: I know excellent mid-level administrators and staff at college departments that are committed to students and faculty and deeply concerned about these trends. These people have fought for a better system, often at considerable personal cost. How good would it be if we could finally work together through proper, shared governance instead of being pitted against one another and forced to choose between our principles and our livelihood?

At a certain point, it’s unimportant to ask why our administrators are pursuing this course, whether it be through indifference, ignorance, or personal profit. One thing however is clear: the course they are pursuing duplicates exactly the movements of our world, in which the few get an ever-greater share of the world’s resources and the many an ever-smaller share.

Of course, here is where they object and charge us with being unrealistic or selfish or both. What did Don Sinclair, CEO of the CEC, say in the response to the union demand to begin to balance full- and partial-load instruction in our colleges? Well, he was “a little bit miffed” that faculty turned down his offer. And he said their proposal would cost the college system $250 million annually and that colleges simply can’t afford it.

Never mind his failure to mention that the Ontario college system collectively had a surplus of $188 million last year. And never mind also that when making any decision about education, you always begin with what you need to make the institution truly great and work back from there to find realistic and reasonable ways to do it. Instead, Sinclair peddled the oldest argument in the book—there’s no money, we must be prudent—in order to silence meaningful discussion of this essential question concerning our students’ futures.

Why is it always that when we want something—in the case of this strike, greater equity and the resources necessary to offer our students a truly outstanding education—there is always need for austerity and fiscal responsibility, but when they want something—a big annual salary increase, more and more staff to do their bidding and increase their power, a shiny new building with a nameplate on it—such demands for fiscal restraint are never heard? Administrators have been trotting out the austerity argument for years whenever the heat gets turned up and labour becomes vocal. Yet the great bogeyman of economic collapse never appears, not because their austerity rhetoric is true but because there is no bogeyman. It’s as if they think we haven’t noticed that with every concession, every “cut back,” which we endure for ourselves and for our students, there’s been a corresponding leap in their wealth and power.

In the 2017 paper “Throwing Money at the Problem: 10 Years of Executive Compensation,” prepared for the Canadian Centre for Policy Alternatives, economist Hugh Mackenzie describes this trend in the larger culture with stark clarity. In the 1980s, the ratio between the salaries of Canada’s top 100 CEOs and the average Canadian was in the forty to one range. By 2015 that ratio had grown to a staggering 193 to one. In order to illustrate how extraordinary those numbers really are, Mackenzie brilliantly just turned on his stopwatch and started counting. The ratio means that by 11:47 a.m. on January 3, the country’s top 100 CEOs will make the same amount of money the average Canadian will make in the entire year.

Pretty clear who’s getting “cut back,” and it isn’t them.

It’s important to document these things in order to have a public record. But it’s also important not to get caught up in the ugliness of it all. In the US, for example, everyone is becoming worse as they follow President Trump and his regime down into darkness. According to Nietzsche, when fighting ugly things, it is essential to run out into the sunshine as often as possible. One of the best ways to do this is to resist the idea that these practices and movements are inevitable and to simply try to do something different. I believe the current strike affords us a perfect opportunity to do so.

One thing we can do is to insist on real bargaining, in good faith, and genuine discussion of foundational questions regarding colleges that are important to all Ontarians. Ontarians don’t like people who bleed public institutions for personal profit. They want their children to receive fulsome educations and be taught by qualified professors with genuine academic freedom and the ability to challenge administrators. And they want fiscal responsibility, but they want it in the service of these things, not to their detriment. In other words, they want robust, academically and politically sound colleges where their children can flourish intellectually, personally, as citizens, and in their chosen professions

It’s about time we gave it to them.

Maxine Simon is the pseudonym of an Ontario college instructor.