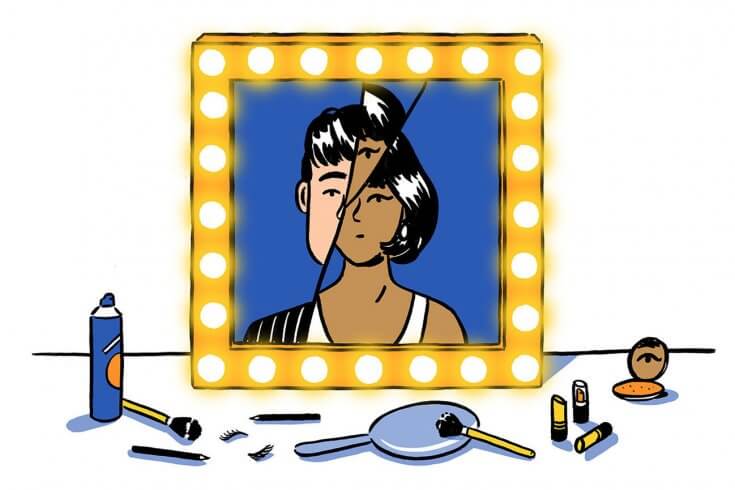 “So where do you see this relationship going? ” the mild-mannered police officer asks.

“I want him out,” the thirtysomething woman replies. “I thought the baby would change things—make him more mature. But he hasn’t changed. He’s the same.”

I’m accompanying a group of cops responding to a domestic-disturbance call at a working-class apartment complex on Kennedy Road in Brampton, Ontario. Alice and Tom (as I’ll call them) have a troubled relationship: Tom, a decade older than Alice, is a chain-smoker and heavy drinker with serious anger-management issues. This isn’t the first time the police have come knocking.

But the stakes are higher this time. They have a newborn baby, staring up at the uniformed visitors from a bouncy chair. And the hole Tom just punched in the wall is grounds for a mischief charge. He’ll spend the night in jail and will be released on condition that he keep away from this small apartment for a while.

Tom is led in handcuffs to a waiting squad car, and I follow Sergeant Winston Fullinfaw and Constable Jaime Peach as they tour the home. Even without a search warrant, they’re permitted to inspect items in plain view—which in this case includes a lot of drugs and a bewildering variety of paraphernalia.

“Is any of this yours? ” Peach asks as she catalogues the marijuana. There’s a baggie of weed in the kitchen and a cereal bowl in the living room overflowing with it. The bathroom counter is littered with spent roaches.

Fullinfaw informs her that the presence of drugs means he’ll have to notify Peel Children’s Aid Society. She nods. While Tom is drunk and talkative, she is calm and stoic. It seems she’s been waiting for a chance to throw him out.

Over the next half-hour, the officers interview her about the relationship—how she and Tom met (through friends), how much he drinks (up to twenty beers a day, including four as soon as he wakes up), and how he earns a living (disturbingly, it involves motor vehicles).

Eventually the questions stop, and Alice starts talking about her life more generally. It’s been a rough ride. Her baby is colicky, and the constant screaming sometimes sets Tom off. Making life even more complicated: one of their two bedrooms is occupied by Alice’s dementia-afflicted, octogenarian grandmother. (The officers pass by the open door to make sure the woman is okay. If she’s upset by the domestic fracas, there’s no sign of it—either because she’s accustomed to the screaming or she just doesn’t notice.)

Though Alice appears composed, the officers express concern that her multi-generational responsibilities will overwhelm her now that Tom is gone. Fullinfaw urges her to contact a seniors centre just down the street, which could provide daytime support. “I know she’s your grandma and you love her,” he says. “But in my experience, people in her condition do better when they’re with specialists and socializing with people their own age.”

And then we leave. From start to finish, the call takes about an hour. Yet in that short time, Fullinfaw and Peach act as law-enforcement officers, and informally as child-safety guardians, geriatric consultants, addiction experts, mental-health monitors, and couples counsellors.

It’s not what I expected when the police invited me to come on these ride-alongs. “Where do you see this relationship going? ” is not a line you hear in police movies or on The Wire.

As Fullinfaw and I cruise through Brampton later that evening, we pass a row of assisted-living townhouses. On his dashboard-mounted computer, he punches in some of the addresses and calls up the associated “premise warnings.” This one is home to an autistic man whose constant rages overpower his frightened, elderly parents. That one is home to a woman with multiple personalities, one of them violent. On a neighbouring street, Fullinfaw once met a ninety-two-year-old who begged him to end her life: “She pointed to my gun and said, ‘Shoot me. I don’t have the strength to do it myself.’ ” Over the radio, the dispatcher passes on a report from a woman whose schizophrenic son has jumped out of his second-storey window. She thinks he’s on his way to the airport, en route to an imagined girlfriend who lives in the Caribbean.

Recently, Fullinfaw was called to a house where an older woman was reported as suicidal. When he looked through a basement window, he observed her sawing her wrists with a knife. His men kicked in the door and took her to hospital—the same one that had released her a few days earlier. “She sticks to her meds for a little bit,” a neighbour said. “Then she stops taking the pills, the police show up, and they take her away again. It happens over and over.”

The cover of our December 2014 issue featured an ominous-looking officer in full tactical gear, along with the headline “Is This the Future of the Police? . . . How military tactics are quietly turning Canadian cops into soldiers.” But as I learned on multiple ride-alongs, modern policing resembles social work as much as it does paramilitary combat.

Hang around with officers long enough, and you realize that they actually spend more time dealing with troubled souls than with criminal minds. Their world is one of citizens afflicted with drug addiction, mental-health issues, family crises, breakups, and agonizing loneliness. Long term, most of them need a doctor, a therapist, or a social worker. But in the short term, as soon as things get violent it’s the cops everyone calls: the thin blue line effectively has become a 24-7 backstop for our overburdened social-welfare state.

After a few days with Fullinfaw, I see why many police departments (including Peel’s) now look for recruits with post-secondary credentials: the range of soft skills required of the modern officer is bewildering. “If someone with schizophrenia runs screaming into a bathroom and locks the door, the old mentality was that you smash your way in and throw him in handcuffs,” Fullinfaw explains. “We don’t do that anymore. We keep our distance and talk to him. We try to gain his trust. The only time we force the issue is if it looks like he’s going to hurt himself or someone else. This isn’t the sort of work you can do if you’re reckless or aggressive.”

It also isn’t the sort of work that attracts much attention from reporters. And that’s a shame. When blood runs in the streets and protesters raise their voices against the constabulary, we journalists tend to congregate like flies on a carcass. It would be nice if we spared even a fraction of our attention for the legions of officers who spend their days and nights anonymously helping Canadians who quite literally have no one else to call.