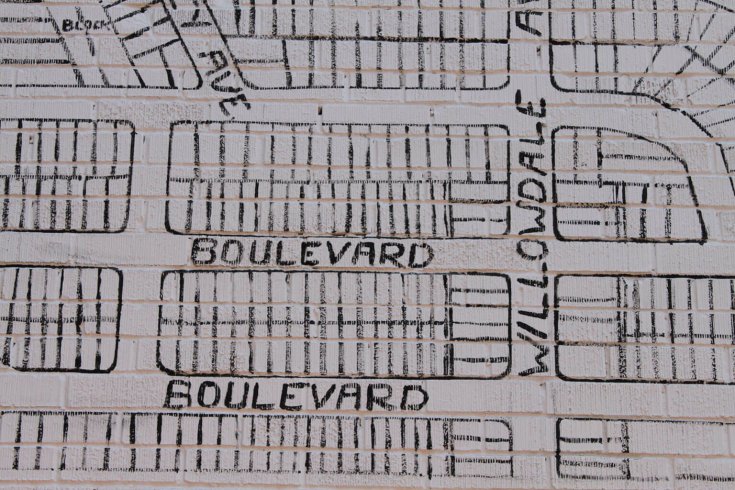 Until last month, Harold lived next door. When we moved in four years ago he was the first neighbour we met; he was nearly eighty-nine, bespectacled, short and skinny as sticks in a bag. He’d been in the Army, way back—he still had tattoos dug deep into the rivulets of his winkled forearms, dark purple and indistinguishable. His voice was a sandpaper bark. He’d give lollipops to the kids and doze off in his lawnchair in the sun.

He was a good neighbour. He liked talking, so I’d pull into the driveway and we’d chat about the Leafs, the Jays, the weather, the raccoon that broke into his kitchen. This past winter, I came home to find him in the middle of his sloping driveway, chipping at thick slabs of ice with one hand on the icebreaker, trying to keep his balance. I offered to help—eh, sure. I think he didn’t want to ask. Tough old bird.

Harold wasn’t from here. He landed here. He was born in England, lived in Edmonton, joined the army, got married in Whitehorse, got in the auto parts game with his brother, did pretty well. He had three kids and retired in his fifties, and after he lost his wife in 2005, he was the last one in the house. From the front, it wasn’t much to look at. Split-level bungalow, weathered.

Houses in this Toronto neighbourhood were all built in the 1960s, and looking to buy here was like touring a Mad Men set. It was all wood panelling, sunken living rooms, teak furniture, elaborate lamps, intercoms to call the kids up from the basement for dinner. And in those basements? Bars—an English bar, a Tiki bar. Some of them had been converted to storage, with stacks of old board games where beer glasses used to be.

If you were selling these houses, it was usually because the kids’ bedrooms had been empty for a long time, and it was time to move on. In one house we checked out, someone had Alzheimer’s, I think. There were books about it all over the place. Walking through these homes, with the family pictures on walls, the accumulated furniture and well-worn habits of the occupants, was like walking through a life.

Harold outlasted most of those lives, and then last month he fell, in his bedroom. There were complications, and it was decided that, at ninety-two, he couldn’t live on his own anymore. His daughter Sharon got him settled in a nice facility. Since I’d only ever stepped in Harold’s house once—I called on him when he left his garage door open and I couldn’t figure out how to close it—Sharon agreed to show us the place, before it went up for sale.

The walls were clad in California redwood upstairs, all the way down to the basement, where it got fun. There was a living room, a room for a pool table, and of course, a bar. It was simple: mirror, lights, tufted leather front, a bartop, some stools.

And down at the end of a hallway, behind a heavy door with a good seal, there was—a pool. A pool! It was maybe fifteen feet deep at one end, shallower at the other, maybe twenty feet long. There was a sauna in the corner, windows at one end looked out to the ravine, and the room was covered in its original stained cedar, or tile murals. And they looked great. No mould, no obvious condensation damage, nothing but a trickle of water that had threaded in through from the outside. The architect who built it, before Harold bought it, built it to last. Sharon said Harold and Isabelle had parties there all the time when she was growing up. It must have been a gas: playing pool, drinking at the bar, jumping in and out of the water. There aren’t a lot of houses like that anymore.

But that’s over now. The pool has been empty for almost twenty years. The pool table, gone. Harold used to say that any new owners would tear the place down and throw up something bigger, fancier. It’s a dark house, with small bedrooms upstairs, a bit of a curio. He’s probably right.

When we lived in East York our neighbour was an old Greek lady who dressed all in black. She sat on her porch and was delighted by our children and moaned about the heat. She’d buried a husband, and her son. We found out later that her son had hung himself in the basement, decades earlier, and Maria was the one who found him. She lived in that house for the rest of her days. Some people are unluckier than others.

If you’re lucky, though, you get to enjoy your friends and your family and laugh a lot. If you’re really lucky, you live in a happy echo of your old life, for a long time. I’ll miss Harold. He was a good neighbour, until he was gone.

Bruce Arthur is a Toronto Star sports columnist and a regular guest of The Reporters on TSN and TSN Radio.