My Quest for the Ultimate Canadianism | The Walrus
Skip to content 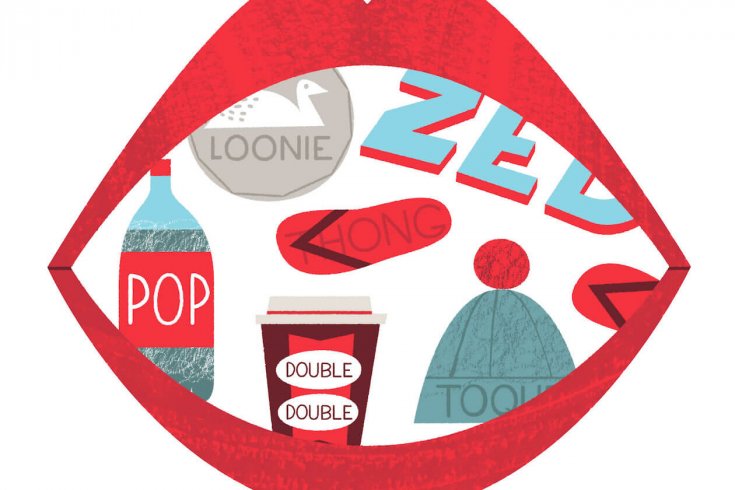 My quest for the ultimate Canadian word began twenty years ago, when I inadvertently used the verb “to deke” in front of some visitors from the United States, meaning to fool an opponent with a quick feint or sudden misdirection. They weren’t familiar with the term, and I was happy to enlighten them.

“One of the players?”

“A Johnny Deke, or maybe a Bobby. Anyway, he was known for his fancy stick-work.”

When the Canadians in attendance confessed, somewhat abashedly, that they hadn’t heard of Johnny Deke either, I replied, “Sadly, he’s been all but forgotten over time. He was a member of the Original Six. Played for the Leafs, I believe. He was overshadowed by the greats of his era, the Rocket Richards and the Gordie Howes. But his name lives on.” We raised a toast to his memory.

Over the ensuing years, I’d added more layers to the forgotten story of Monsieur Deke—or Dique, to use the proper French form (he was, as I recall, from northern Quebec: Abitibi, or perhaps Rouyn-Noranda). He was from honest, working-class stock. Strong work ethic. Quick on his feet. Career ended early (with a slash to the knee, I believe).

Given the added convenience of our Internet age, I decided to look up some stats on the eponymous Deke—years played, goals scored, that sort of thing—as well as the first usage of the term itself. It took all of thirty seconds: “deke: a deceptive movement to draw an opponent out of position. A Canadian term used primarily in ice hockey. From the word ‘decoy.’” And with that, Johnny Deke disappeared into a puff of air.

I miss him. He embodied so many of our foundational Canadian values. It was a shame he didn’t actually exist. If not “deke,” what then was the ultimate all-Canadian word? The word would need to be national in scope, so no rich regional terms from Newfoundland or Manitoba, no “mausey days” or “boggy muskeg.” It would have to work in both official languages and should, ideally, say something about Canada as a whole.

Poutine, for example, is equally disgusting in both official languages, but anything it might say about us as a nation is more depressing than it is inspirational. Spork and duplex are the same in English or French, and—if one tortured the metaphor enough—could, perhaps, say something about us as a people: a weird mishmash that’s somehow more than the sum of its parts, as in the case of spork; or a house that is both divided and conjoined (i.e. duplex). But neither stirred the blood. It’s hard to imagine great poetry being written to the spork. And anyway, the word itself should include the Indigenous Peoples as well, and it was equally hard imagining an Anishinabe trader or Haida artisan handcrafting a spork or celebrating the Great Spirit of the Duplex.

The answer was closer than I imagined.

My teenage son had been rummaging around in the garage, and he came in carrying a retro-looking windbreaker emblazoned with an orange sun over a green field. “Cool!” he said. And then, pointing to the logo: “What’s katimavik?”

And there it was: the one Canadian word above all others, the one I’d been searching for all along. Neither French nor English, yet uniquely Canadian, katimavik is an Inuktitut term meaning “meeting place.” It was also the name of a cross-Canada volunteer program founded in 1977 that saw some thirty thousand teens go through it well into the 1990s. (We were paid a dollar a day and all the granola we could eat.) Expanded, cancelled, resurrected and revived several times, Katimavik was at once nuttily idealistic and federally funded. That’s right: government-sponsored counter-culture. Only in Canada!

As a meeting place, “a gathering of gatherings,” a community of communities, katimavik is both an idea and an ideal. And I can’t think of a more Canadian word than that. Johnny Deke would have been proud.

This article appeared in The Story of Canada in 150 Objects, under the headline “The all-Canadian Word,” in January 2017.

Will Ferguson is an award-winning travel writer and novelist.
Tom Froese