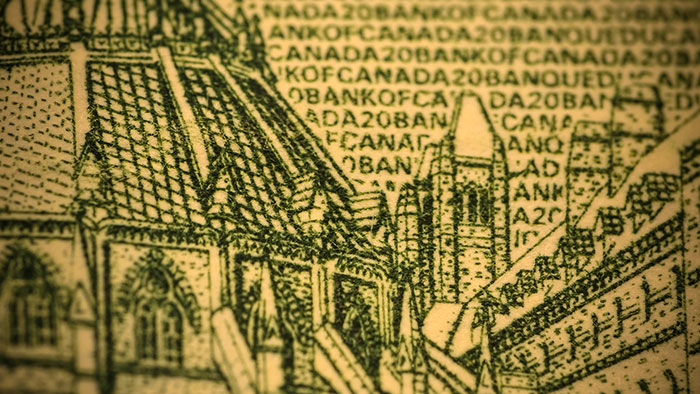 The idea of a guaranteed basic income—that is, the government cutting a monthly, taxpayer-funded cheque to everyone in the country, to the tune of maybe $10,000 or $20,000 a year—seems to be having a moment. Earlier this summer, the Basic Income Canada Network convened a conference on the subject at McGill. Switzerland will soon hold a non-binding referendum on whether to give every citizen around $35,000 annually. And it’s a proposal that opinion writers and policy wonks love to wrestle with. Although basic income is typically associated with the social-democratic left, last week, for The Atlantic, Noah Gordon made “the conservative case for a guaranteed annual income”—namely, that it would be a more efficient way to fight poverty than a sprawling plethora of welfare programs. In any case, you know an idea is catching on when it’s being castigated before it’s even been implemented; recently, for The Week,Pascal-Emmanuel Gobry presented an ostensibly scientific case against it, although his arguments were quickly debunked by Dylan Matthews at Vox.

Basic income is a bit of a blunt tool. Most iterations would not, for example, consider regional differences in cost of living. Additionally, unlike the related idea of a negative income tax—in which everyone gets a cash grant that is then taxed progressively, according to income—basic income would not take into account differences in wealth; everyone would receive the same amount. (This means that it feels, counter-intuitively, almost like a reverse-flat tax, which perhaps explains why it’s earned the admiration of some conservatives.) The most common objection is that so-called “money for nothing” would act as a disincentive to work, but the findings on that are mixed. As Matthews wrote, “The worst case scenario is that we eliminate poverty but see a modest decline in employment. The best case scenario is we eliminate poverty at even lower cost and don’t see much of an effect on employment. That’s a gamble I’m willing to take.”

One of the most interesting experiments in guaranteed basic income actually took place in Dauphin, Manitoba, in the 1970s. Between 1974 and 1979, under a joint federal-provincial program known as Mincome, about 1,000 families received monthly cheques. Because not all residents participated, and because not all of those who did received the same amount, the experiment is an imperfect look at how basic income might work, and the data itself has gone largely unanalyzed. However, it did yield some interesting results. Labour-force participation declined only slightly, for example, and University of Manitoba economist Evelyn Forget found that Mincome had a dramatic, positive effect on high school enrollment rates and participants’ health. While the program was active, there were fewer accidents, lower rates of hospitalization, and less domestic abuse in Dauphin.

Richard Nixon, Milton Friedman, and F. A. Hayek all supported some version of a negative income tax or basic income; today, conservatives who favour the idea tend to do so because it stands to replace a bundle of costlier, more arcane anti-poverty programs with a single, streamlined system. This should give us pause. Although implementing basic income would undoubtedly require a reorganization of social assistance provision, with some programs being eliminated or absorbed, it cannot be used as an excuse to dismantle what’s left of the welfare state. Instead, it’s a hopeful idea because it could act as just the opposite: the beginning of a turn away from the anti-tax, anti-social-spending policymaking that has dominated the West since the 1980s.

Indeed, I suspect that the idea of basic income has caught on for the same reason that Thomas Piketty’s Capital in the Twenty-First Century became a bestseller earlier this year. It neatly distills the era we live in: it reflects our burgeoning concern about class disparity, and it represents a symbolic reversal of the ideology that got us here. The post-recession, post-Occupy age has seen people—if not politicians—begin to reckon seriously with the threats of income inequality and wealth concentration. Basic income is an appealing solution in its simplicity and elegance: why not just give people money? Even if it remains, for now, more of a thought experiment than a concrete policy proposal, basic income is valuable for that reason. It forces us to ask what we owe each other.