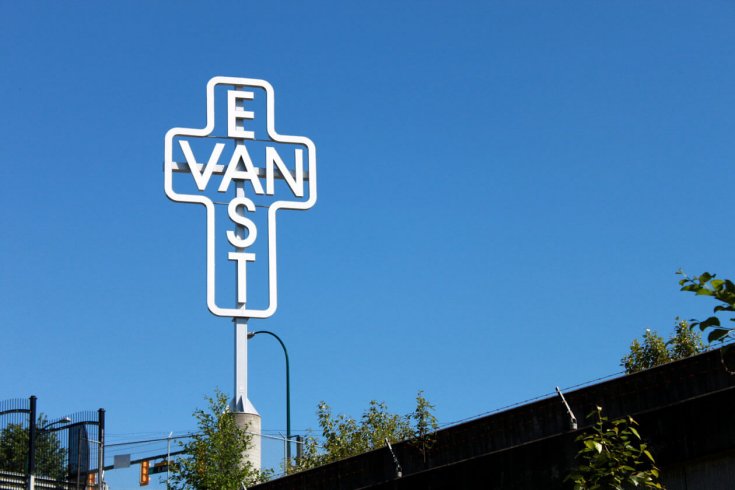 Like many, I was perplexed to read Jonathan Kay’s lament for the Canadian left, which he argues has sacrificed “wide-angle” issues like trade deals and the sharing economy for “a narrow fixation on identity politics.” Perplexed because I feel like if I share one more article about Uber or the Trans-Pacific Partnership, my mom will unfriend me.

Suffice it to say that precarious work, contract labour, and gentrification aren’t words Canada’s conservatives taught us—they just gave us cause to use them.

Vancouverites must have allowed themselves a quiet chuckle when, as his case study of the left’s predicament, Kay cites their city’s mayor, Gregor Robertson. According to Kay, rather than acknowledging that foreign capital is responsible for BC’s astronomical housing prices, Robertson preferred to “offer bromides about tolerance.”

Robertson has long perfected the art of talking about the housing crisis without the slightest shred of embarrassment. He and his municipal party, Vision Vancouver, also happen to be banked to the hilt by BC’s biggest real-estate developers. Perhaps that’s a more plausible explanation for his insouciance when faced with housing prices most young people can relate to as easily as they do eating in space.

But of course, Robertson is not alone. Christy Clark’s government has responded to the decades-long crisis by testing how many hands they can sit on at the same time. When asked why there was nothing in BC’s budget to address housing affordability, Finance Minister Mike de Jong responded that he wasn’t going to meddle with the market to fix a problem in “a few neighbourhoods.” Give him credit: It’s a quaint way to refer to the entire Lower Mainland and south coast of Vancouver Island.

Instead of looking to Robertson, we might, as Kerry Gold does in her excellent cover story, look to NDP MLA David Eby who has been leading the public debate on the reckless real-estate market. We could also look to the community organizations in Vancouver’s Downtown Eastside who have been warning of the dangers of predatory development and gentrification for more than thirty years.

Look, I get it. Political correctness is the greatest scourge Canadian democracy has ever faced, and trigger warnings triumph when good people do nothing. But bear with me.

First, let’s dispense with the idea that identity politics is solely a leftist phenomenon. An ill-fated militia activist group occupied a bird sanctuary in Oregon earlier this year because they wanted a safe space where homophobic, open-carry enthusiasts could practice their culture in peace. And as Jeet Heer observed, much of the bedrock of North American politics—from anti-terror legislation and Quebec’s charter of values, to pro-gun rhetoric and gated communities—are predicated on the desire to keep out undesirables who effuse difference.

The distinction is that in anti-oppression, the recognition of difference is supposed to operate under principles of compassion, trust, and inclusion. Deployed at its most cynical, identity politics can be coercive and disingenuous—but I can’t recall #OscarsSoWhite advocates taking up arms and occupying federal parkland in order to avoid paying millions in taxes.

So forgive me if I look askance at the suggestion that political correctness is distracting the left from the hard questions. Especially when anti-Asian sentiment still saturates the real-estate conversation in BC. Andy Yan’s research that correctly names foreign money as the fat feeding the volatile real-estate fire is not about race, but find a person who just can’t tell that story enough, and there it creeps. With every coy mention of the “problem we’re afraid to name,” there’s a whisper of “but we all know it sounds Chinese.”

Identity politics’ harshest critics betray far too much glee when they insist that, this time, it really is China’s fault while at the same time glossing over the one thing all these critics—Yan, Eby, Gold—agree on: race and geography are irrelevant. The problem is unfettered capital investment in a resource Canadians can’t afford to live without: our homes.

The conditions that made it easy for this money to flow into our communities are no accident. They are the consequences of lax or non-existent rent controls, favourable tax policies, cuts to social housing, and what can only be characterized as willful blindness by our governments. Are these, too, the fault of wealthy Chinese investors? When we on the left point out these economic exigencies, are we also falling captive to the tyrannies of identity politics?

If capital’s ethnicity doesn’t matter, neither does its victims. Vancouver’s historic Chinatown neighbourhood, poised on the edge of the Downtown Eastside, is clinging to life, under threat by the same market forces bearing down on the rest of the city. Fraser-Kingsway’s Vietnamese community and the South Asian enclaves between Knight and Oak Streets are too at risk. Even the iconic Vancouver Specials, the late-twentieth century modular houses once favoured by immigrant families, are being demolished at a breathless rate.

I couldn’t be happier that Kay has come over to the right side of history. But if he’s going to call for the next revolution, he’s going to need to come to a lot more of our meetings.

Michael Stewart (@m_r_stewart) was formerly the blogs and opinions editor at rabble.ca.