Minority Rule by Any Other Name | The Walrus
Skip to content 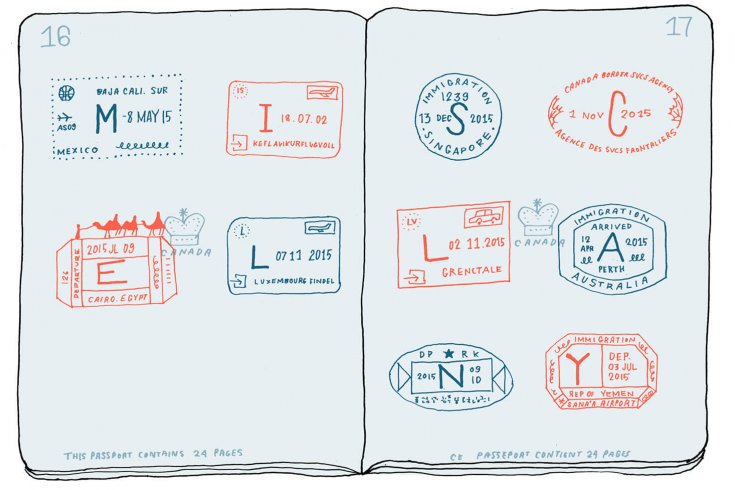 Among the hoary traditions that attend every federal election in Canada is the enduring media fascination with so-called battleground ridings and provinces—the places where the election will be “won or lost.” And why not? Unlike the safe seats and regional power bases that cover much of the country, in these ridings the outcome is not preordained. So, unusually, it really does matter what their voters decide, or whether they bother turning out.

In a similar vein are the customary messages from the parties to potential supporters not to “waste” their ballots on a party that can’t win and “split” the vote merely because they happen to prefer that party and its policies. Instead, they are enjoined to vote for a party they don’t much like, for fear of letting in a party they detest. This, too, we think of as normal and natural, part of the ordinary run of democracy.

Likewise, we hardly bat an eye when a party is said to have won a sweeping “majority” mandate with as little as 39 percent of the vote. Nor do we find it strange that the Green Party should be all but shut out of Parliament despite getting as much as 4 percent. And while we may decry the state of our political discourse—the partisan viciousness, the policy emptiness, the disproportionate influence of swing voters, and so on—we take for granted that this is how democracy works. It’s normal, isn’t it?

Well, no. It’s distinctly abnormal, all of it. The things we accept as just “part of the game” are not integral to democracy, only to the bizarre and aberrant form of it practised in Canada and other countries still governed by an electoral system known colloquially as first past the post, or more formally as plurality voting.

As the name implies, under such a system, the plurality, rather than the majority, rules: the “majority” governments it elects are in fact typically representative of less than 50 percent of voters, as are the members of Parliament they’re composed of. All that’s necessary is to have more votes than your nearest rival.

While proponents often speak of the system as having the virtue of local representation, in fact representation is restricted to those who happen to vote for the winning party. Again, we think of this as normal—one alternative, known as proportional representation, is often derided as having been designed for “losers”—when a moment’s thought should reveal how arbitrary it is. Why should only the “winners” be represented in a democracy? The point of an election, surely, is to represent the people—all the people, not just some of them. To be sure, the majority must ultimately rule. But why shouldn’t everyone be represented in the body from which that majority is drawn?

It is only under such a system as first past the post that vote splitting and its strategic-voting corollary become an issue: in other systems, if you vote for the party you like, you help to elect that party’s representatives, rather than to keep another party out. It is only, likewise, under first past the post that we see the false majorities, the regional ghettoes, the rank discrimination against smaller parties we so unthinkingly accept.

But the distortions of first past the post are not confined to what happens periodically on election day. Far worse is what happens every day in between. The system of representation in a democracy—how the seats are apportioned, how power is won and lost—is its currency, the means by which certain types of behaviour are rewarded and others punished. It should not be surprising, then, to see these incentives reflected in the actions of politicians.

In particular, ours is a highly leveraged system: a relatively small change in the popular vote can lead to big changes in the number of seats a party holds in Parliament. Why do our parties tend to cling together in the centre of the political spectrum? Because, being risk-averse, they fear a drop of a couple of points in support more than they desire a possible rise—and because the stakes are so high either way.

Why, instead, do they offer partisan nastiness? Because, in our system, there is little upside to broadening their base—it isn’t a majority they need, but a passionate plurality—and no downside to alienating supporters of other parties. Whereas in systems in which voters’ second- and third-place choices are counted, parties can and must appeal across the partisan divide.

Defenders of the status quo worry that, under proportional representation, smaller parties would hold the balance of power, giving disproportionate influence to a small slice of the electorate. And yet that is exactly what happens under the present system: vastly disproportionate attention (and therefore power) is given to that small sliver of the electorate known as swing voters, and only in those aforementioned battleground ridings.

Andrew Coyne is a columnist for Postmedia.

Why Do Canadians Throw Away 6 Million Tonnes of Groceries Every Year?