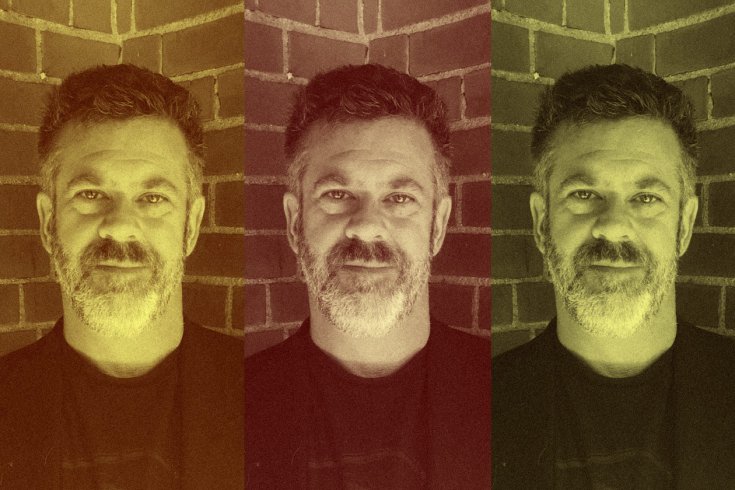 The earliest clue that we’re about to enter the realm of the uncanny in Michael Redhill’s Giller-shortlisted novel, Bellevue Square, comes in the opening line, where Jean Mason, who owns a bookstore at the north end of Toronto’s Trinity Bellwoods Park, makes reference to her “doppelganger problems.” Since doppelgängers traditionally foretell imminent death, they’re not to be taken lightly. And yet unlike many of the best-known doppelgänger tales, including Edgar Allan Poe’s “William Wilson” or Fyodor Dostoevsky’s novella The Double, where the double is first noticed by the person duplicated, for a long time, Jean only experiences her doppelgängerdom second-hand.

The first person to bring it up is a shop regular, who suddenly starts screaming and ripping at Jean’s hair, convinced it’s a wig. Shortly afterward, he commits suicide. The next is Katerina, a Guatemalan woman who works at a pupusa place in Kensington Market. Katerina actually knows Jean’s doppelgänger—her name is Ingrid Fox—and can confirm that, other than having shorter hair, she is her “absolute” twin. If Jean comes to the market, Katerina can arrange for an introduction. And yet for eighty pages, that doesn’t happen. Instead, Jean neglects her work and family to set up camp in the market’s park, Bellevue Square, where she becomes acquainted with a “clearinghouse of humanity”—a polite term for drug addicts, the mentally ill, and sundry eccentrics—all of who claim some kind of Ingrid experience.

Redhill spends the downtime establishing Jean’s bona fides as a harmless middle-class Anglo-Saxon type: she likes systems and categorizing things, listens to Radio Two, and is contemptuous of self-help books, but she is also cloistered enough that she takes a pupusa to be an “albino hamburger.” Yet the boulder-sized breadcrumbs are there from the start. While speculating about Ingrid’s whereabouts, Jean makes a casual reference to the “last time” she went mad, shortly after the birth of her twelve-year-old son. She sometimes forgets the faces of people she knows, even when staring at their photographs. She seems unconcerned about getting home to her two boys and husband, who quit his job as a cop after making a killing day-trading marijuana stocks. She has a sister in Phoenix with a fatal ear tumour whom she Skypes with but never goes to visit.

Her vigil entails, for no apparent reason, keeping an unnaturally precise count of the thousands of the people in Bellevue Square who aren’t Ingrid. After Katerina is shot dead in the middle of the market by an unknown assailant, Jean’s reaction seems a bit flat. Odder still, when the police question her about it, she tells them her name is Ingrid Fox.

The shot that killed Katerina effectively functions as a starter’s pistol, as the endless scene-setting finally gives way to a more interesting, albeit confounding, novel. Suddenly, Jean is seeing Ingrid all the time, but only at the distance. Ingrid doesn’t seem to recognize Jean, and yet at one point, she takes to staring for hours into Jean’s shop, dressed in a red coat. Jean starts hearing voices. Something transformational happens in her bathroom mirror. In a nicely executed scene, Jean, now the pursuer, walks into Ingrid’s house, where, after noticing that all the art books on the shelf are ones from her shop, she makes a sandwich for Ingrid’s daughter, who seems unaware of the switcheroo.

And then she’s at CAMH, Toronto’s mental health facility, with a tube hissing gas at her face and a bandage wrapped around her head—never a good sign. Like Dorothy waking up in Kansas after her Technicolor frolics, some of the characters she knows from Bellevue Square seem to have residency there too. Is this where we’ve been all along?

Bellevue Square isn’t as radical a departure from Redhill’s earlier “literary” novels, Martin Sloane and Consolation, as might at first seem the case. His books have always been based around riddles; the difference might just be one of solvability. In Martin Sloane, a young woman aims to discover the truth behind the disappearance of her ex-lover, a Joseph Cornell–like artist. Consolation used parallel Victorian and contemporary narratives to uncover how a series of photographs ended up buried in Toronto’s harbour. The novel, in many ways, was a positioning, as Michael Ondaatje’s In The Skin of a Lion had been a couple of decades previously, of Toronto as a serious literary locale.

Though Redhill name-drops familiar references (the churro place on Augusta, Smart Wear, the synagogue on Denison Square, and the park’s famous Al Waxman statue), the Toronto of Bellevue Square—limited to a small, walkable area between Kensington Market, Trinity Bellwoods, the AGO, and CAMH—is ultimately less a physical place than a psychological one. Its geographical confinement is intended to mirror Jean’s mental miasma. The year is 2016, but the city’s endless glass condos and sprawling suburbs don’t seem to exist. It soon becomes apparent that parts of the novel’s redacted city might not exist either. This includes Jean’s bookshop, where the inevitable meeting between her and Ingrid eventually takes place and where our certainty about who is doppelgänger and who is doppelgängee goes from muddy to full mire.

In film and literature, doppelgängers tend to represent either an aspirational version of the original, as in Dostoevsky’s story, or a repressed part of the psyche, as in Mary Shelley’s Frankenstein. Ingrid and Jean’s connection turns out, at least initially, to be more symbiotic: after telling Jean she’s a writer of “schlocky mysteries,” Ingrid points out that Jean has two of her titles on her bookstore shelves.

At that point, the doppelgänger theme starts to bleed off the page. Those familiar with Redhill’s body of work are likely to notice that “Ingrid Fox” sounds a lot like Inger Ash Wolfe, the pseudonym under which he wrote four mysteries about a policewoman named Hazel Micallef. They might also notice that the fictional setting of these mysteries, Port Dundas, Ontario, is the town Jean claims to have lived in before she came to Toronto.

Authors use pseudonyms for a number of purposes, including hiding an inconvenient gender. They generally don’t imply the presence of an alter ego. In interviews, Redhill has said that his aim was to free himself creatively by writing through another persona.

That claim was undermined somewhat by the fact that Inger Ash Wolfe was promoted, rather baitingly, as “the pseudonym of a well-known and well-regarded North American writer.” A witch hunt—like the one that rumbled the real writer behind Italian novelist Elena Ferrante—ensued. There was some awkwardness. Redhill had based the name Inger Wolfe (originally sans Ash) on his grandmother’s maiden name, Wolfinger, unaware that a Danish mystery writer named Inger Wolf (sans e) already existed. Charges of appropriation ensued. Someone Redhill refers to as “a stalker” made attempts to out him, and the police got involved. Just before publication of the third Hazel Micaleff mystery, Redhill unmasked himself in the Globe and Mail, where he confessed to misgivings about the whole enterprise.

Redhill’s initial experiment with pseudonymy was clearly a bit of a trial, but did it ever cause him to go insane? Does he view Inger Ash Wolfe as the creature to his Frankenstein? Is the “The Waste Land”–like image he gives us of Ingrid, now Inger, lying “anaesthetized” in a hospital bed an unsubtle way of telling his publisher that he won’t be delivering those last few Hazel Micaleff mysteries anytime soon? (The acknowledgements note Bellevue Square is the first in a planned triptych of ghost stories.)

In a climactic nighttime scene at a literary festival in the deep wilderness, Jean (who, in one of several doppelgänger inside jokes, encounters Goethe on her way there) finds herself listening from the wings as Ingrid/Inger fields questions from a rapt audience:

“Were you worried when you wrote this book, that you’d alienate the people who were expecting another mystery novel from you?”
“Well, this is probably the best mystery I’ve ever written!” There’s laughter, then more applause.

Artists—writers, painters, filmmakers—inject themselves into their work all the time. But the success of Bellevue Square will depend, for some, on whether you believe that the cue cards, tape, and bits of red wool that explain what’s going on exist in a drawer somewhere in Michael Redhill’s house. I rather doubt that drawer exists, let alone its contents. And yet there’s a boldness to the novel and, at its best, a genuine thrill.

Emily Donaldson is the editor of Canadian Notes & Queries.