Many Shades of Invisible | The Walrus
Skip to content 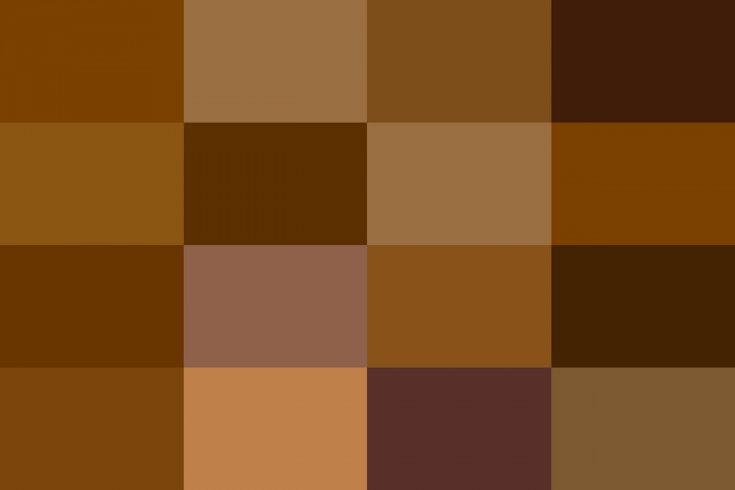 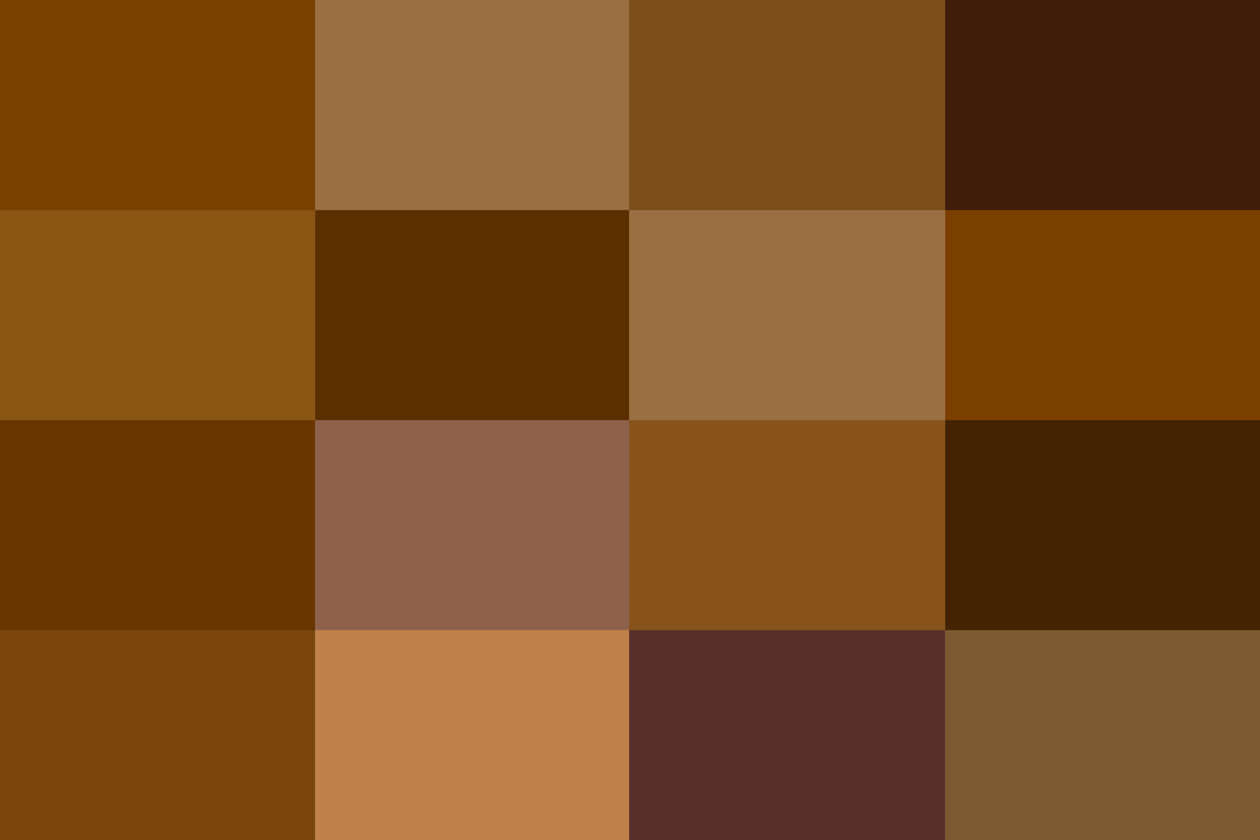 In India, sales of pharmaceutical over-the-counter skin-lightening treatments have topped those of tea and Coca-Cola, contributing to a $10-billion global industry. Across the country, women bleach the protective layer of melanin out of their skin in hopes that they will resemble the actresses in the product’s commercials, who overcome unemployment and get happily married as they grow lighter. Meanwhile, in Lebanon, locals lay out in the sun, tanning themselves to a darker—but not too dark—colour that signifies wealth and leisure. There is a line between the brown of poverty and that of luxury, and while it might appear very fine to someone who has never dealt in shades before, it governs the way the majority of the world’s population sees itself.

Underlying the many interesting answers to the question that writer and journalist Kamal Al-Solaylee poses in the title of his new book, Brown: What Being Brown in the World Today Means (To Everyone) is the understanding that there’s a collective sense of powerlessness that unites brown people despite their differences. In the West, “lightness means visibility in a literal sense,” especially within black and brown communities, and affects everything from racial profiling to the most inclusive of hiring practices. And in places like South Asia, Latin America, and the Middle East, to be on the wrong side of the colour line means that you are background noise, part of the lower-class masses.

“If I get darker, will I lose my social position? If I avoid the sun forever, will I pass for white?”

Al-Solaylee’s investigation of brownness visits places where cultures overlap and discrepancies in the colour hierarchy materialize, revealing nuances of racial experience hidden in plain sight. Trinidad, Qatar, Hong Kong, and the Philippines make up the bulk of the book, with Britain, France, and Canada rounding out the end. This is not the abstract stuff of postcolonial academia. Nor is it autobiography, though the author writes about himself with an ease that makes it easy to feel invested. Embarrassed by the sentiment of not wanting to be a “darkie,” but programmed since childhood by a fear of the sun, Al-Solaylee notes the unspoken agreement between brown people who search out patio tables well-covered by canopies. “If I get darker, will I lose my social position? If I avoid the sun forever, will I pass for white, or at least southern European?”

Certain books collect material that is tangibly precious to the author. Maggie Nelson’s melancholy Bluets is like this, as are many works of poetry that gather perspectives on a theme, like Sina Queyras’s MxT, an extended meditation on grief. While Brown‘s firm basis in research places it in a different genre, it too nurtures an obsession. These are stories about people living out the worldwide consequences of colonization and globalization, whose migrations and struggles to find work, escape political turmoil and free themselves of oppressive governments explicitly map hierarchies invisible to the white, middle-class West.

That said, Al-Solaylee does not speak directly to the affluent (and perhaps clueless) North America. He doesn’t offer an extended defense of the reality of racism, or set out to prove that his experiences as a brown man equip him to write about prejudice. He does not report injustice to incite our sympathy or anger. The revelation of this book lies in its no-frills, honest telling about the people he met, the reasons he sought them out, and the things they say about the forces that shape their realities.

This means that Al-Solaylee’s reporting of the unique blends of xenophobia, misogyny, and poverty experienced by Filipina domestic workers in Hong Kong, or by Sri Lankan women in the Arab world, leave no room for hand-wringing or pity. They’re not leveraged as political bait or framed by an agenda. The best parts of Brown concern themselves with the inconsistencies and contradictions rampant within every experience of being racialized. “Some brown people,” he argues, “have become very good at this game, betraying their desire to emulate whiteness and appropriate both its privileges and their fear of darkness.” Ironically, it is often this desperate desire to inhabit whiteness that betrays them as “other.” White people don’t think about their whiteness nearly this much.

Al-Solaylee is no stranger to contradiction. As a man who grew up brown, gay, and Muslim in places such as Aden in Yemen, Cairo, and Beirut, he fled the Middle East to pursue an education and career in the West. In his first book, a memoir titled Intolerable, he writes about how his decision to break from the hostility of an increasingly religious society came at the expense of close relationships with his family and culture. Describing the disjunction he felt when returning to Yemen for a visit in 2001, he writes that he “found a family that acted a lot closer to the stereotype of regressive Muslim culture” than the secular one he remembered. How to “rationalize and call [his] own” the siblings that hold views he would immediately consider bigoted in other circumstances?

The guilt that accompanies his decision to live abroad may contribute, in part, to Al-Solaylee’s deep reservoir of empathy for other people, whether they share his politics or not. Brown people with a wide range of perspectives are given voices within the book—whether it’s Indo-Trinidadian professional Samantha, who explains without apology why she doesn’t want to be identified as black, or the Bangladeshi cab driver who warns against the “lazy” Sri Lankans working in Qatar.

As the author travels across four continents, colour lines shift between and within countries, changing the very definitions of brownness. In Trinidad, resentment persists between the South Asian populations, who benefit from a racial hierarchy that places lightness at the top, and Black populations whose ancestors were shipped from West Africa in the slave trade. Of course, Al-Solaylee explains, it’s not quite as simple as black and, well, non-black, because descendants of the brown people who were indentured into hard labour to replace newly freed slaves in the nineteenth century are still seen as outsiders to a culture that grounds itself in Afrocentric struggle. “To be brown in Trinidad is to be a majority and a minority at once—to occupy a space in the national dialogue that is powerful economically but marginalized culturally.” The nuances of this colourism provide an infinitely more meaningful look at race than any general manifesto against oppression might.

Similarly, “good” and “bad” Muslims in Britain become identified not by skin colour but by their willingness to assimilate according to the “British values” laid out by the government. The UK’s 2015 counter-terrorism initiatives aim to “pursue” or stop terrorist acts, “prevent” people from becoming sympathetic to extremism, “protect” against attacks, and “prepare” for the impact of such attacks, should they happen. Al-Solaylee’s investigation of how these directives actually pan out for Muslim communities in the outskirts of London reveals, unsurprisingly, that innocent individuals are rendered instantly suspicious in the eyes of a white population instructed to constantly be on the hunt for terrorists. The same brown person who would have been known as a “coloured immigrant” in the ’60s, an “Asian” in the ’70s, and “Pakistani” or “Bengali” in the years afterwards, now exists in these post-9/11 years only as “Muslim.”

So, if the shade of brown on your skin can hardly be said to adequately communicate where you live, how safe you feel, or what language you speak, what is it that connects you to other brown people? Al-Solaylee’s commitment to providing ample context for his location-specific analyses permits common threads to surface. It becomes clear that colonization’s impact has followed us almost seamlessly into the age of globalization, which continues to displace and disenfranchise the poorest, darkest and most vulnerable members of our communities. The legacies left behind by slavery are perpetuated by capitalization and the export of domestic workers who are consistently a different race from their masters in their host countries. The implications for brown people is that many of us share a stubborn desire to hold on to the damaging structures of power created by empire. We revere and resent whiteness while expressing our reluctance to let go of the hierarchy that created that dominance to begin with. As Al-Solaylee observes of wealthy families with Filipina maids, “many Asians were restaging scenes from their childhoods but recasting themselves in the role of their (former) British masters.”

His articulation of collectivity relies on the notion that brown people always exist in relation to. In relation to blackness, to whiteness, to Islam, and to all the associations that mark you, whether you like it or not. “Vigilance is imperative,” Al-Solaylee tells us. This is the revelation of his brilliant book: that brown is a continuum, a metaphor, and a paradox.