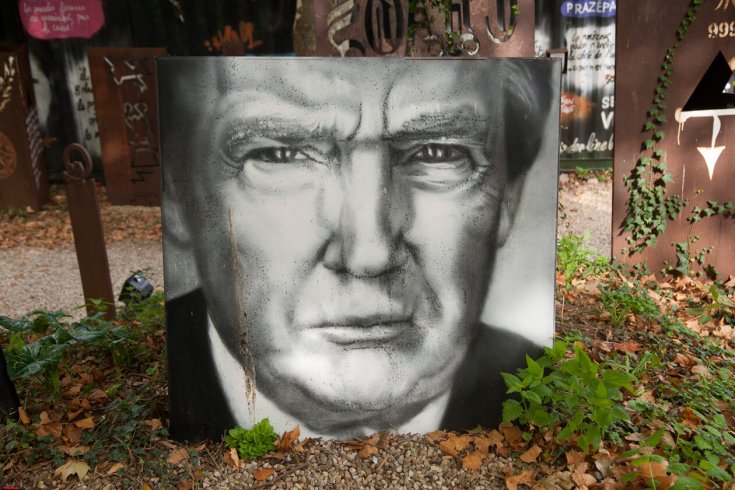 Donald Trump’s victory over Hillary Clinton ran a current through the liberal electorate, jolting many of us into all kinds of activity. Some have shared primers on how to reboot a faith in democracy, or pickle our ideals against the coming winter. Others are organizing demonstrations, or calling to restore civics to syllabi. Support for journalism has accordioned like an EKG. Even children are drafting correspondence to the Commander-in-Chief. Such twitches in the corpus of liberal democracy have made for fortifying stuff, especially at a time when white nationalist zombies are on the rise and taking jobs in the White House.

But what about the artists? wondered some of us. What role should they play in the resistance? The morning after the election, Dan Piepenbring took to The Paris Review blog to rally creative types:

“We owe it to ourselves to do the work. I want to encourage you. If you aspire to write, put aside all the niceties and sureties about what art should be and write something that makes the scales fall from our eyes.”

Vox, for its part, ran a piece titled, “6 writers on why we need art now.” The Huffington Post went with “Dear Artists: We Need You More Than Ever.” “It’s the poet’s job to offer us a way out,” Richard Blanco told Time, “a glimmer of hope, something that gets toward another space, another place—a healthier place.”

Those who make bold claims for the utility of paintings or poems risk reducing art to an omega-3 supplement.

A running theme was rolling up the sleeves of one’s paint-smudged smock. For example, several of the pieces repurposed an old Toni Morrison quote, circa the reelection of George W. Bush: “This is precisely the time when artists go to work.” Productivity was also on the mind of art critic Jerry Saltz, over at New York magazine: “They may not know it yet, but Trump’s victory is a crucible of possibility for a new generation, who will do what artists have always done in times like these: go back to work.” You could practically hear the unbroken spines of Idea Journals being cracked, all across the nation.

Many of these responses are powered by the belief that art gets shit done—that it’s good for us, socially useful, disruptive. “[A]rt is, in part, how civilizations heal, provoke and change minds,” wrote Katherine Brooks in the Huffington Post. This is a fine idea, and surely felt good to indulge after an election that left many feeling powerless. But it’s an idea that ought to come with an age limit: stop consuming after university. Those who make bold claims for the utility of paintings or poems risk reducing art to an omega-3 supplement. Such claims mostly serve to cast their claimants as virtuous and right-thinking. In venerating art, we’re usually just venerating ourselves.

“All good art is political!” insists Morrison. “There is none that isn’t.” Shakespeare is political, she argues, because he wrote about kings. But it’s hard to extract a clear agenda from the Henriad, or to detect a party platform behind King Lear. Plus, no play that corrals such complicated, far-ranging voices as Falstaff or the Fool can be said to occupy an obvious political position. This is why no one rushes to label Henry IV or King Lear “political art.”

Political art is art that’s especially driven by an agenda or ideology. It has specific designs on its audience, and as a result, it’s hard to do well; we remember outliers like W. B. Yeats’s “Easter 1916” or Pablo Picasso’s Guernica (1937) or Marvin Gaye’s “Inner City Blues” (1971) less because of their political goals than because of their aesthetic achievements—their memorable forms, original metaphors, and mesmerizing grooves. It’s an awful, adult truth, but the degree to which one’s earnest message is on the right side of history isn’t enough to redeem a cliché image or rote expression. “Don’t think what you have to say is important,” says the critic William Logan. “The way you say it is what’s important. What you have to say is rubbish.”

When blinding style (the way you say it) defers to blunt didacticism (the rubbish), the result is such stuff as John Lennon’s Sometime in New York City (1972), a hectoring protest album, date-stamped by indignation and largely devoid of melody or wit or nuance. And the blunter a piece of political art gets, the more bludgeoned we tend to feel. This is why urging artists to get political is so perilous; most of them are apt to produce sledgehammers.

Let’s be clear: I applaud the cast of Hamilton for calling out Vice President Elect Mike Pence when he attended a recent performance. That seemed useful! But the cast made its stand only after the production was over, during the curtain call, as Pence made his way for the exit. The actors didn’t improvise a new scene about a hotel developer trolling the founding fathers on Twitter. They used their platform, as the beneficiaries of a Broadway hit, to deliver a direct message under the glare of house lights. When it comes to politics, this is probably the most useful thing the few artists famous enough to command our attention can do: leverage the glow of celebrity to illuminate liberal concerns.

Less famous artists, who don’t have the ear of a Pence, can still sign petitions or stuff envelopes or knock on doors for the Democratic Party. But they would do well to resist overestimating the power their art possesses. In The Paris Review, Piepenbring urges us to “Forget the tired axioms about showing and telling, about sense of place—any possible obstruction—and write to destroy complacency, to rattle people, to help people, first and foremost yourself.” And yet artists have been self-righteously contriving to “rattle” the poor masses and “destroy complacency” since the dawn of Dada, with ever-diminishing returns. (See the Brechtians, who thought that dosing theatregoers with a dollop of alienation would make them more critical. Or the language poets, who thought that dynamiting the subject-verb-object construction would bring down capitalism.) As for helping people, there are probably more practical ways to support those who feel threatened by the prospect of a Muslim registry than toiling over your novel at Yaddo.

But nudging artists to call up their congressman isn’t as exciting as urging them to call on their muse. Saltz insists that art is “galvanizing or clarifying or (believe it or not) empowering,” and that the Trump calamity is a “kind of call to action that will yield things not yet fathomed or decanted,” even if some of us “keep posting pictures of food and stay immersed in the culture of celebrity and complacency.” (But what’s wrong with posting pictures of food? And why does the writer feel he needs both “fathomed” and “decanted?”) He continues:

“More important, the shift or clusterfuck under way may jar professionalized artists from being part and parcel of the career machine and return them and all of us to our rightful outsider gypsy position—aristocratic bohemians with highly calibrated bullshit detectors. After all, why should art want to serve consensus? What is interesting, or exciting, or urgent about consensus?”

The wariness of “professionalism,” the contempt for something called “the career machine,” the celebration of “gypsy” outsiders—this is the sort of prose that produces raised fists in undergraduates, Pink Floyd fans, devotees of Objectivism, and, well, Donald Trump supporters.

Can we call “bullshit” on those who make a fetish of “highly calibrated bullshit detectors?” Can we agree that the election has already done enough to romanticize the outsider, that mythic figure who supposedly transcends the system, the mainstream, and other such straw-stuffed structures of conformity? It might not be “exciting,” as Saltz would prefer it, but we could do worse than busying ourselves with the boring task of building some consensus. Whether that involves “aristocratic bohemians” is up to them.

In the meantime, let’s stop calling for artists to get to work, or heal us, or rattle us, or whatever. Those who decline to create political art, pace Morrison, aren’t necessarily voting for the status quo. Changing minds is a big job, and many of our greatest artists have already failed at it (if beautifully, memorably). After all, an electorate that can easily possess a copy of George Orwell’s 1984 nevertheless decided that it still needed to elect a Big Brother.