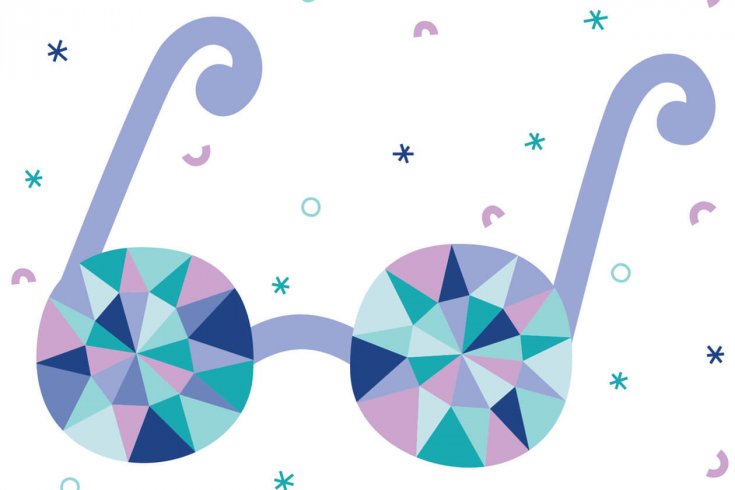 The most well-known medications for depression—selective serotonin reuptake inhibitors, or SSRIs—are a far cry from miracle drugs. While they’re life-preserving for some, the lives they preserve may be compromised. SSRIs can slightly smother every emotion. They can tank your sex drive. Common withdrawal effects include anxiety and flu-like symptoms.

Now imagine there were a miracle drug that could take their place, a drug with no long-term side effects—one that relieved depression for long periods of time with one or two inexpensive doses. And, just to be totally unrealistic, imagine this drug could also induce states of mystical rapture, such that during your treatment, you might feel you’ve seen the face of God.

If you want the best medication available, you may have to get it illicitly.

That medication exists. It’s psilocybin, a compound contained in many mushrooms of the genus Psilocybe, which are also known as magic mushrooms, or simply shrooms. Aztec shamans took them as a sacrament and called them the “sacred mushroom.” More to the point, a 2016 study led by Robin Carhart-Harris of Imperial College London and published in The Lancet Psychiatry journal found that two doses of psilocybin reduced the symptoms of twelve patients with long-time, treatment-resistant depression. Researchers followed up with patients three months later and found that the improvement had diminished only somewhat in about half of them. Carhart-Harris’s investigations are part of a new wave of psilocybin research. (Promising studies of the chemical took place in the ’60s and ’70s but dwindled after shrooms were outlawed in various parts of the world.)

The shroom treatment is not a daily pill you pop. In the Carhart-Harris study, for example, participants took ten milligrams on their first treatment day and twenty-five a week later. This may sound extremely convenient, but the drug comes with a slew of other potential concerns. Psilocybin triggers visions—immersive hallucinations accompanied by torturous rumination. At best, you feel an oceanic connection with the universe. At worst, the hallucinations become terrifying—a tour of the worst thoughts your brain can summon. The treatment studied by Carhart-Harris’s team involves making these intense experiences feel as safe as possible. After taking psilocybin, you lie down in a dark room in the company of a pair of supervising mental-health professionals—“trip sitters” in stoner lingo—who guide you through your waking dreams, making sure you don’t get lost in paranoia or negative thinking.

“The treatments that we have for mental illness don’t always work well,” says Camilla Day, a London psychiatrist who served as a trip sitter in the Carhart-Harris study. “While the evidence suggests that antidepressants do work for ordinary people, I see many patients for whom they don’t.” She feels that psilocybin therapy has greater potential: “It alters the consciousness in such a way that has a possibility to really get to the heart of the problem and allow the person to be their own healer.”

Some of the participants in the study reported having visions of floating high above the Earth. They felt what is referred to in psychiatric literature as “ego dissolution”—a sense that the distinction between self and environment is being blurred. One patient, Day recalls, had a vision of her estranged father that helped ease her anxieties about the relationship. “She felt like she was suddenly able to see her father from a different perspective. She was able to experience forgiveness for the things he’d done.” Day frequently held her patients’ hands—standard procedure in this kind of therapy—and told them to embrace internal vistas that might seem frightening. “One of the mantras was to trust the wisdom of their mind, or to float downstream, to let go and surrender to the experience.” Following this surrender, the patients emerged without some of their depressive symptoms. After taking part in the experiment, Day says she was dumbfounded that a mushroom extract could so profoundly affect symptoms of depression. “I think it’s amazing,” she said. “I think it’s some kind of miracle.”

Similarly extreme results are turning up in research into a number of other currently illegal hallucinogens. A 2011 study conducted by American psychiatrist Michael Mithoefer suggests that MDMA—the main ingredient in ecstasy—can be an effective treatment for PTSD when used in conjunction with psychotherapy. LSD, according to a study from Swiss psychiatrist Peter Gasser, shows promise as a treatment for end-of-life anxiety for those with terminal illnesses.

So why aren’t these drugs legal in Canada? Mark Haden, an adjunct professor at the University of British Columbia’s School of Population and Public Health, says a big factor is money: there’s no financial incentive for a large pharmaceutical company to sponsor the necessary research that could offer some of the 2.8 million Canadians who suffer from clinical depression a reprieve. “Pharmaceutical companies do well when they are providing drugs that are used for daily maintenance,” he says. “There is no business model to support the use of psychedelics, because they are used so incredibly infrequently.”

But there are signs of progress. Haden is also the chair of the Multidisciplinary Association for Psychedelic Studies (MAPS), a research and advocacy group that has been working with Health Canada to get MDMA legalized for the treatment of PTSD. So far, government-funded clinical trials investigating its therapeutic effectiveness have been successful. Legalization for medical purposes requires three stages of progressively larger clinical trials—MAPS is partway through the second stage and estimates that MDMA will be legal in Canada for MDMA therapy by 2021.

For now, those who need psilocybin are out of luck. While the Heffter Research Institute, which has sponsored studies at Johns Hopkins University and New York University, is pursuing psilocybin legalization in the US, there is no analogous Canadian effort. So if you want the best medication available, you may have to get it illicitly.

Many hallucinogen users are enthusiastic about promoting the drugs. During my research, I encountered Simon, a non-profit dealer who distributes exclusively hallucinogens. Friendly and soft-spoken, he, like the Aztecs, considers hallucinogens sacramental. He doesn’t like profiting from something he considers sacred. So he sells his drugs for whatever his clients feel like donating—he’ll happily let you have them at cost. He supports himself with a reputable full-time job.

It wasn’t always this way. Simon used to be a successful commercial dealer, making, at times, hundreds of dollars for an hour’s work. Then he was arrested, an event he regards as one of the best things that has ever happened to him. After he got off on a technicality, he had an epiphany. “I knew that there was something to the substances that to me meant that they needed to be in people’s hands,” he said. “I’ve made it my life’s work to understand what these substances do.”

He shares that understanding with his clients by recommending hallucinogens that suit their specific needs. Let’s say you want to do LSD, but you’re intimidated by the fact that it lasts up to twelve hours. Simon might offer you 2CB, a pill that has somewhat similar properties but that transforms you more briefly. If you like ketamine but don’t like its tranquilizing effects, he might suggest a chemical relative, methoxetamine, which has a more uptempo feel.

Simon’s process is imperfect, in that he doesn’t usually serve as a trip sitter—he can’t ensure that his clients consume his products in entirely healthy ways. Positive outcomes are not guaranteed. But if you’re suffering from treatment-resistant depression, someone like Simon might offer your only way out.