Lies My Waiter Told Me | The Walrus
Skip to content 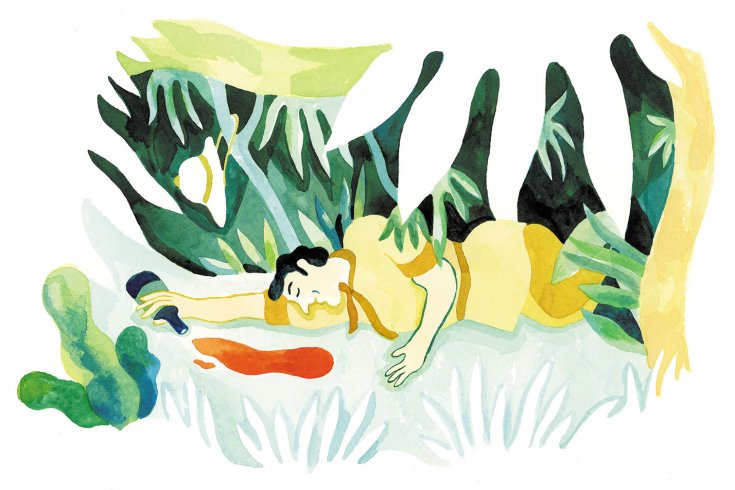 My favourite drink? Vodka soda on the rocks, no lemon. Unpretentious, dependable, easy to slap together, gets the job done. It’s basically the Ford F-150 of cocktails. And clear as rain, so it won’t stain my wife’s dress if some good-time Charlie slaps me on the back at a party. For years, it has been my odourless, tasteless, ten-ounce refuge of gastro-utilitarian sanity in a world full of foodies gone mad.

But those days are over: the vodka soda has gone the way of wine, Scotch, and gourmet hot sauce. Order one at any velvet-rope bar or restaurant, and the waiter follows up by asking your preferred brand of hooch—under the demonstrably false conceit that the human tongue can distinguish between what are effectively different varieties of windshield-wiper fluid.

Last month, when a waiter launched into an especially long list of unpronounceable Russian and Scandinavian words apparently corresponding to fashionable vodka brands, I felt as if I were in a scene from “The Emperor’s New Clothes.” I really can’t tell the difference. Just give me the cheapest one on the list were the words on my lips.

Of course, I said nothing of the sort, because I didn’t want to come off as a rube. So instead, I declared emphatically, “Oh, Grey Goose, please”—recalling at random the last brand I’d seen advertised in an upscale travel magazine.

Moments later, the waiter returned with my drink, and it tasted fine. Which is to say, it tasted exactly like every other vodka soda I had ever tasted—or, indeed, that had ever been tasted by any other human in the history of fermented spud juice.

This, more than anything else, is what I have come to resent about foodie culture: Not just that it is pretentious and expensive. Not just that it makes me feel guilty about the Cheez Whiz sandwiches I put in my kids’ lunch boxes. But that it turns us all into liars. Is there anyone out there whose palate is so refined that she can taste the difference between $7.99 organic grapes and their $2.99 Walmart cousins? Or who can distinguish Greenlandic honey from the stuff squirted from a Billy Bee squeezy bottle? Perhaps. Most of us, however, are playing pretend. Truth has long been the first casualty of war. Now it’s the first casualty of dinner.

Sometimes, the foodie lies we tell are of the compassionate variety. That was the case at a certain café near the old Walrus offices in Toronto’s Entertainment District. The owner, a likeable figure, was constantly bringing obscure new blends into his shop. When customers ordered coffee, he’d prepare each cup individually, using the pour-over method, with as much care and precision as if he were Severus Snape concocting a polyjuice potion. While his dedication to the craft was honourable, I always found the ritual mortifying, because I knew that once the cream and sugar were added the final product would be utterly indistinguishable from something that comes out of a hospital vending machine.

On one of my last visits, the fellow greeted me by name and said he had a special treat for me—a newly arrived African varietal with “notes of candy and cinnamon.” He studied me closely as I moved the cup to my lips. Such was the spectacle of the gesture that other customers were watching, too. It goes without saying that, to spare this hard-working man’s feelings, I had little choice but to exclaim, “Delicious!” and then babble appreciatively about all those wonderful “notes.”

Rhapsodic food writers often will describe a great meal as a sort of religious experience. But a seance provides a better metaphor—especially the type I remember from university, when my girlfriend’s roommate would turn out the lights, make everyone hold hands, and summon into the room the departed spirits of our ancestors.

“Oh yes,” I’d say, trying to be agreeable. In point of fact, I felt nothing. And, as with those promised notes of candy, cinnamon, and who knows what else, I never will.

(Adapted from remarks made on June 21 at We Are What We Eat: Oxford Union–style Food Debate, part of the Luminato Festival in Toronto.)

When Border Security Crosses a Line