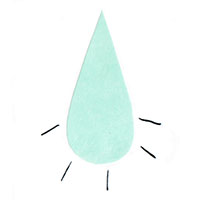 Think of Quebec not as a nation (even though it is), but as a close-knit family, with a propensity for arguing and infighting, in which noisy excommunications lead to equally spectacular reconciliations. Catholicism used to be the family’s official religion; now it’s nationalism.

It wasn’t always like this. My grandfather, Elphège Poliquin, who died in 1969 at age seventy-three, was the stuff of federalists’ dreams. He was born and spent all his life in Sainte-Angèle-de-Laval, a tiny hamlet on the St. Lawrence River facing Trois-Rivières, which was then called Three Rivers in English, a political faux pas in post–Bill 101 Quebec. (And, by the way, there are only two rivers in Trois-Rivières, as there are only six islands in Sept-Îles, fitting geographic illusions in a province where political discourse is permanently afflicted with a mild case of megalomania.) A butcher by trade, like his father and his grandfather before him, my grandfather spoke no English and seldom travelled outside his native province, but he was a proud French Canadian who believed that Canada belonged to Quebec, along with the Pacific Ocean, the Rockies, Ontario’s industrial power, and the cod swimming around Newfoundland. For him, Canada meant untapped wealth, the distant but reassuring promise of a generous inheritance. To him, separatism was a joke, and René Lévesque an incorrigible dreamer.

You would be hard pressed today to find any person in Quebec imbued with the same spontaneous attachment to Canada. The nationalist ideology has pervaded every realm of public life, and all political parties, including Jean Charest’s Quebec Liberals, are self-absorbed. Since the advent of the Quiet Revolution in the early ’60s, the political and cultural bourgeoisie that dominates government, the media, the arts, and everything else has worked diligently to make Canada disappear from the province’s mental horizon. Weather forecasts serve as a good example of that separation: some media outlets, private and public, only report local conditions. I have often seen television weather maps that show nothing beyond La Belle Province. It might be raining in the town of Gatineau—but not in the city across the river called Ottawa. Even within the venerable Radio-Canada, the word canadien is carefully avoided.

It takes the murderous frenzy of a Colonel Russell Williams to warrant any mention at all. In schools, the curriculum focuses heavily on Quebec. Canada is mentioned in modern history classes mostly for such misdeeds as the 1970 War Measures Act, 1981’s fictional Night of the Long Knives (which concerned the repatriation of the Constitution), and, of course, the 1990 rejection of the Meech Lake Accord.

Still, in an environment where attitudes toward the rest of the country range from barely concealed hostility to studied indifference, you can see a light at the end of the tunnel, if you know where to look. Now and then, good news stories about Canada distract the Quebec media from their cheap shots over the tar sands and the new moral order in Ottawa. “Family Dog Rescues Toddler from Cougar in BC” would be a headline grabber any time in Chicoutimi. And a few federal politicians can still elbow their way into the province’s overheated public discourse, although they stand a better chance of being noticed if they have made fools of themselves. A case in point, in which the context is English Canada’s suspected cultural inferiority: the joke about federal heritage minister James Moore being unable to tell Kafka from a Lebanese sandwich. The exception to the rule, of course, is sports: hockey-crazed Quebecers are gleefully colour blind and language deaf when a P. K. Subban from Toronto or a Carey Price from British Columbia leads the Habs to victory. (It’s a different story when they choke.)

Not that Quebecers are the only Canadians who revel in their not-so-splendid isolation. Other Canadians are sometimes stoutly oblivious to Quebec—and to the rest of the country, for that matter. The last time I checked, Nova Scotia’s nineteenth-century secessionist movement wasn’t exactly the talk of summer barbecues. The difference is that Quebec has its own language and culture, which makes it a country within a country. And while distinctiveness is no excuse for wilful ignorance, it explains the dimensions of the problem.

Nobody wants to return to my grandfather’s feudal era. His Canada was not a fair country. Women in Quebec were not allowed to sit on juries, Aboriginals were not allowed to own real estate, there were still overtly anti-Semitic tennis clubs, access to schooling in French was hard to come by for francophones outside Quebec, gays and other minorities were ostracized, and Toronto was pathetically white bread—and dry on Sundays.

Besides, Quebec’s isolationism, however silly, is also a fragile facade. Remember Talleyrand’s aphorism about democracy: the cleverest politician in the history of this land is… tout le monde. Everybody. And, believe me, tout le monde in Quebec is capable of complex and independent thinking. After revelling in imaginary victimhood for the twenty years following the Meech debacle, they ousted some fifty do-nothing sovereignist MPs who took their votes for granted. Without warning, Quebec voters put Gilles Duceppe out to pasture and installed a New Democrat, Thomas Mulcair, as Leader of Her Majesty’s Loyal Opposition.

And finally, although no one would publicly say so, everyone in the family knows, deep in his or her heart and mind, that Ottawa, however invisible, still exists, ready to help out in the event of a flood or an ice storm; that Canada, all in all, is more Colm Feore than Don Cherry. Canada is an insurance policy, like having a cousin in the Mob. He never shows up at family gatherings and is seldom mentioned, but he is there, in the background, and he can be relied upon to do you a favour, if asked.

No one knows this better than Stephen Harper, who has auditioned several times for the part of Mafioso cousin. Never underestimate his shrewd reading of the Quebec reality. He is not the prime minister because he is naive. He knows that, if intelligently managed, Quebec’s cultural and psychological estrangement, both apparent and real, can be harmless, even beneficial at times, for the whole of the country; that the Quebec family can turn from progressive to conservative on a dime; that national unity is well worth the occasional ideological apostasy (for instance, abortion and capital punishment); and that any referendum on Quebec separation is winnable, provided he can make clever ecumenical manoeuvres.

His problem is that Quebec’s own Tom Mulcair knows all of this, too. As a rare bilingual and bicultural anglophone, the man cut his political teeth in the toughest school of hard knocks, Quebec’s National Assembly, both in opposition and in power. Name any game: appeasement, confrontation, whatever, he has played them all.

May the most Machiavellian of them win!

Cloudy With a Chance of Spin

It’s always sunny in Dundee. And Aberdeen. And Glasgow, Edinburgh, and Belfast…

If perennially bad weather weren’t bother enough, the British have also had to contend with a flurry of unsettling changes to the bbc’s weather report. Troubles began in 2005, when zooming 3-D maps replaced animated rain and sun symbols, prompting nearly 4,000 viewers to complain that they found the new format disorienting. Soon after, the broadcaster was forced to make another change, tilting the angle of the map to appease Scottish viewers, who complained that their nation was getting squeezed out of the picture. That same year, the Meteorological Office issued new guidelines, with tips on how to brighten bleak forecasts. A “small chance of showers” became “mainly dry,” while a localized storm was “dry for most.” In another nod to the Scots, forecasters would cease to open with dramatic examples of inclement weather in Scotland and Northern Ireland, and would refrain from referring to these regions, in ominous tones, as “the North.”