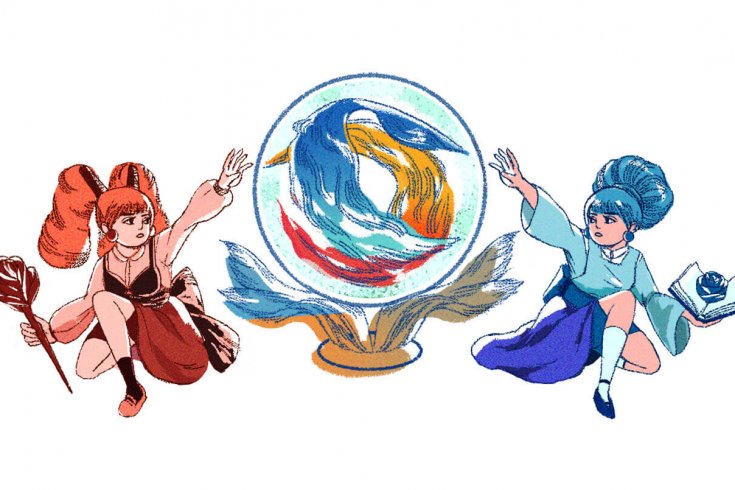 Eleven years ago, in my previous life as a newspaper editor, I received an impossibly earnest op-ed submission from a young man who identified himself as “an Alberta Youth Delegate” to a political confab known as the Council of the Federation. He gushed about how much he’d relished the opportunity to talk to Canada’s premiers about “low youth engagement in political affairs.”

I published the piece—which was wonkish but lucid—and marked the author as someone to keep my eye on. People who can get passionate about the Council of the Federation in their twenties tend to go on to great things in their thirties and forties.

Sure enough, I was back in contact with this same high achiever a few months ago. This time around, I was interviewing him for The Walrus. His name is Ian Black. If you recognize it, that’s because he’s the Canadian general manager of Uber, the ride-sharing service that allows drivers to draw a second income by competing with licensed taxis. “Earn money on your own terms,” the company proclaims. “Full-time and part-time driving jobs for independent contractors in Toronto give you the flexibility to work as much or as little as you want.”

Kristine Hubbard, who’s a little older than Black, has spent the last twenty-three years running a family business. As recently as a year ago, no one outside her home or office knew her name. But as operations manager for Beck, Toronto’s largest taxi brokerage, she has since emerged as Black’s most prominent foe. Hubbard tells me that Uber is “a black market taxi broker: it connects people to unlicensed and uninsured for-hire vehicles and drivers.”

While investigating the future of ride sharing for this magazine’s September cover story, I spent a good deal of time listening to Hubbard’s and Black’s competing arguments. Yet in one crucial respect, these two corporate adversaries struck me as very similar. Both are successful, well-paid managers who preside over a large corps of blue-collar drivers.

“I’m lucky,” Hubbard says. “We own our house. I’ve done well. No matter what happens, I’ll still be able to pay the bills.” As for Black, it’s hard to imagine that this whiz kid wouldn’t have his pick of high-profile dot-com jobs regardless of Uber’s fate.

For both magnates, the battle is to preserve a company, not to put food on the table. They both have the kingmaker assets that dictate outcomes in our winner-take-all post-industrial economy: intelligence, education, a well-developed professional network, high-tech skills, access to capital. The growing gulf between the elites who possess these assets and everyone else is more important than the debate about who drives us to bars and restaurants.

One of my recent Uber drivers—I’ll call her Amy—has a day job as an orderly. Despite forty hours a week at the hospital and thirty on the road, she still doubts whether she can ever make a down payment on a home within fifty kilometres of downtown Toronto. And in any case, Amy is scared of long-term financial commitments. If Uber gets shut down by city hall, there goes her mortgage money. She is one stroke of a legislator’s pen away from disaster.

The same uncertainty plagues taxi drivers—even though the industry traditionally has been a gateway for newcomers building toward the Canadian dream. Hubbard tells me about Fahim, an immigrant from Afghanistan with four young children and a wife who’s been diagnosed with cancer. He invested in a City of Toronto taxi licence a few years ago, when Uber didn’t exist and the market price for plates was hovering close to $350,000, after mortgaging his home. Now his investment is worth a third of that. “His plan was to work as much as possible to provide for his wife and family, and then rent out his cab if his wife became so ill that he would need to take care of her full-time,” Hubbard says. “That dream is gone.”

The Uberization of our economy is compounding trends that have been in place for decades: automation, outsourcing, and the collapse of the union movement. Across a wide swath of Canadian industry, full-time employment has been replaced with an unstable jumble of temp work, outsourcing, and short-term contracts. Increasingly, the livelihoods of men and women such as Fahim and Amy depend on factors beyond their control. In the space of just a few years, a killer app has been levelling a taxi industry that’s been with us since the nineteenth century. A few years hence, robot cars might put Uber drivers out of business, too. For consumers and knowledge workers, this moment’s brilliant. For everyone else, it’s terrifying.

As recently as a decade ago, my own industry, journalism, was dominated by a band of middle-class editors and staff reporters paying mortgages on three-bedroom houses. Now, we have a lucky few who play boss—the Hubbards and Blacks of the trade—while working alongside a cohort of aspirants seeking a foothold in the profession’s lower rungs, many of them getting by on unpredictable freelance gigs. (In an especially disturbing development, programmers already have figured out how to get a computer to write basic sports and business stories.) The new normal for these young people is non-existent job security and a life of constant hustling, behind a steering wheel or otherwise.

If middle class describes someone who can afford buying even a modest house within an hour’s drive of their workplace, or who has a job that he or she knows will still be there in six months, then we are plainly talking about an endangered species. No matter who wins the upcoming federal election, the task of creating pathways for everyone to build financially secure lives stands as the greatest domestic policy challenge of our generation.