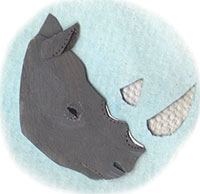 This is what the children of Congo-Brazzaville believe. The boy’s name is Kodo, and he began his good works around the age of ten. One day, while he lamented the impact of the bush meat trade on the rainforests of this central African country, he heard a mysterious voice call his name through the trees. He went in search of the voice and came upon a beautiful nymph. She praised him for his love of the jungle and all the animals within it. Holding his hand and staring deep into his eyes, she bestowed upon him a magical power.

The nymph gave Kodo the ability to wield a special lightning bolt, an electromagnetic shock wave that enabled him to manipulate the thoughts of criminals. She transformed him into a superhero, complete with a golden costume with belt and cape, and the insignia of a flourishing tree emblazoned on his chest. Kodo could now wander the jungles he so loved, using his new-found power to confront illegal poachers and convert them to the side of good. From then on, he would be known as Super Kodo, protector  of the Congolese rainforest.

An Australian commando in Africa

After witnessing the bloody remains of a dehorned rhinoceros, a former Australian commando named Damien Mander established a paramilitary non-profit in Zimbabwe to fight the country’s brutal rhino war. Over the past four years, poachers have slaughtered hundreds of the animals for their lucrative horns; a single specimen can fetch as much as $250,000. Sporting a crewcut and a Seek & Destroy tattoo, the burly Mander arms and trains rangers for a force of more than 100, and reports suggest a significant decrease in poaching in Zimbabwe for 2011. But for every successful reconnaissance and ambush by his rangers, the poachers retaliate with more sophisticated tracking gear, such as helicopters and AK-47s, and the scale of operations is growing outside of Zimbabwe. In South Africa, poachers killed 448 rhinos last year, an over thirty-fold increase since 2007. But where poachers go, Mander follows: he has now established a second ranger academy in South Africa.

Super Kodo is a hit television show in Congo-Brazzaville and the brainchild of Fernando Turmo, communications director at the Jane Goodall Institute’s Tchimpounga Chimpanzee Rehabilitation Center. Tchimpounga provides refuge for chimps orphaned by the brutal bush meat trade sweeping throughout the Congo Basin. Some five million metric tons of bush meat are poached from here every year, according to one task force, and with every gunshot the result is always the same: fewer wild animals, fewer intact forests, and more orphans.

When Turmo first came up with the idea for Super Kodo in 2008, he expected to film just one episode; he figured it might serve as a useful educational tool in schools in the Republic of Congo, a way to teach children the importance of environmental stewardship. But eleven more episodes followed, and Super Kodo is now one of the top-rated children’s programs on Congolese national television. The show has since become an integral part of a wider JGI strategy to encourage the Congolese people to develop economic models, such as sustainable agriculture, that do not involve pillaging their forests, and that might one day offer employment alternatives to the booming oil and gas industry in such nearby cities as Pointe-Noire.

I met the superhero of Congo-Brazzaville last July, in the village of Boueti, during the year-end celebrations at the local primary school. While the children performed skits and sang songs about the importance of protecting the Congo’s wildlife, I spotted a familiar face in the crowd, surrounded by a gang of teenagers. It was Carel Mousseisi,  the young star of Super Kodo.

Mousseisi filmed most of the episodes when he was twelve, and is probably now the most famous fifteen-year-old in the country: no matter where he goes, he is mobbed by adoring schoolchildren. Unlike most superheroes, though, he was more than willing to submit to an interview.

“Many children respect me,” he said, “but many are afraid of me, too. They think I will use my magic on them in school.” He smiled, perhaps at the thought of zapping a bully with his magic lightning, or perhaps at the realization that only the greatest of actors could cast that sort of spell on an audience.

“I have a very important job,” he said. “The lessons I want to teach children are: Do not burn the savannah. Do not cut down the trees. And do not hunt protected animals. These things are not good for the forest.”

When I asked him if other children could somehow gain Super Kodo’s powers, he nodded: “Oui! If they learn, listen, and understand, they can do it, too.”

Turmo’s simple idea for a television show has made an impact at the nearby Tchimpounga sanctuary, said Jane Lawton, executive director of the Jane Goodall Institute of Canada: “Since we started Super Kodo and our education programs, our staff has seen a 33 percent drop in the number of chimp orphans arriving at Tchimpounga.” Children often visit the sanctuary, looking for Super Kodo. They want to report someone keeping a baby chimp in their house  or doing something bad to the forest.

To suggest that Congo-Brazzaville is in such desperate straits that only a magical superhero could cure the country’s ills is, it must be said, a fraught exercise. A cynic might argue that Super Kodo simply puts a native face on the political and economic paternalism that has caused so much strife here in the past. But, in fairness, so much about the show is homegrown, grassroots, and saccharinely sincere. Like every superhero, Super Kodo is just a regular person doing incredible things. Mousseisi hopes his fans will take this message to heart.

Then I stumbled upon a difficult truth about the realities that face Congolese youths, no matter how powerful they imagine themselves to be. I asked Mousseisi  what he wants to be when he grows up.

“I’m not sure,” he said, looking to the sky and thoughtfully raising a finger to his lip. “Maybe an engineer in the petrochemical industry.” 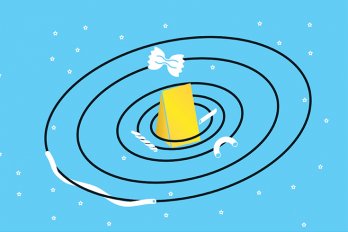 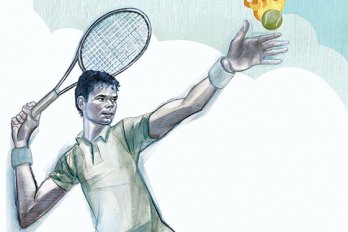 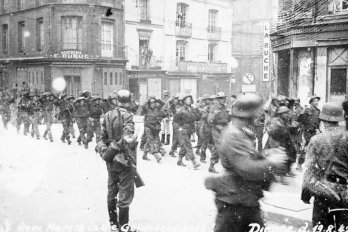