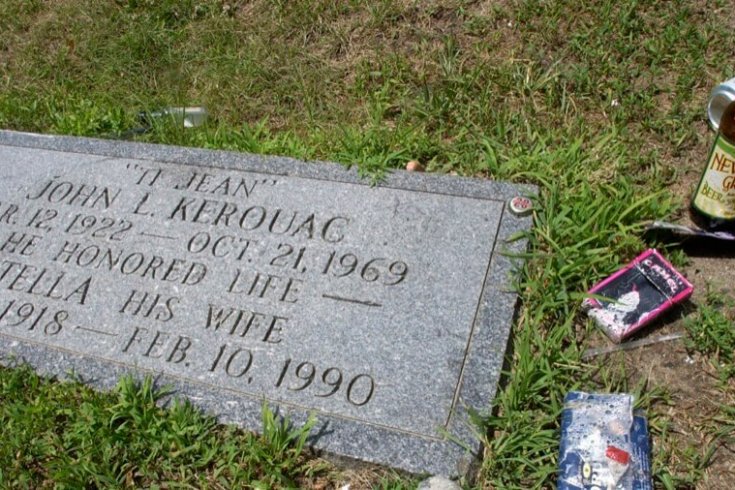 On a cold spring evening, a cluster of hipsters, aging hippies, writers, and professors convenes at 680 Park Avenue, scaling the spiral staircase that Michelle Pfeiffer rather more elegantly ascended in the movie version of The Age of Innocence. The century-old mansion once housed the Soviet Mission to the United Nations; today it is the headquarters of the Americas Society, a non-profit body created with Rockefeller money, and dedicated to fostering cultural and political ties between the US and its neighbours in the western hemisphere. Perched on chairs below the ballroom’s glittering chandeliers, the audience listens as Daniel Shapiro, a New York poet and translator who serves as the society’s director of literature, introduces a blue-chip panel speaking on the topic of Jack Kerouac: An Unlikely Franco-American Writer.

Franco-American? Bien sûr. Kerouac’s given name wasn’t Jack; it was Jean-Louis. His mother tongue wasn’t English; it was French. He was born in Lowell, Massachusetts, the son of immigrants from Quebec; on his mother’s side, he was related to René Lévesque. Indeed, tonight’s event is co-sponsored by the Association internationale des études québécoises and the Quebec government’s office in New York.

Unlike many of the New Yorkers in the crowd, the Quebecers are well aware that Kerouac grew up speaking the burly, colloquial idiom of a hardscrabble people: Écoute, Cody ye plein d’marde; les lé allez; il est ton ami, les le songée; yé pas ton frere, yé pas ton pere, yé pas ton ti Saint Michel. Those phrases, from his posthumous novel Visions of Cody, channel the music of a bilingual identity that for much of his life Kerouac chose to hide.

A frisson runs through the gilded room when the writer Joyce Johnson gets up to speak. A small woman dressed in black, she seems not old enough to have been the girlfriend of a man who died forty years ago next month. Having shared an apartment with Kerouac in 1957 when On the Road, his celebration of youthful, nomadic freedom in postwar America, turned him into a beat icon, she recalls watching the novelist get down on the floor beside her cat, whom he renamed Ti Gris, murmuring half in French. Yet he told her little about his family, disguising “with talented sullen aplomb,” as she put it, “the shame of being a Canuck.”

Today, Johnson suggests, most writers would see a Franco-American heritage as an asset in a multi-ethnic society. (David Plante, for instance, is best known for his Francoeur trilogy of novels.) That wasn’t so in the past. A year before On the Road appeared, another Franco-American writer had enjoyed even greater popular success with her scandalous novel Peyton Place. But Grace Metalious wrote under her married name, disguising the fact that she had been born Marie Grace DeRepentigny. In socio-economic terms, the hundreds of thousands of Québécois who moved to New England lived mostly near the bottom of a cruel heap.

“When Jack was feeling wounded or angry,” Johnson remarks, “he’d sign his letters Ti Jean. He’d save Jean-Louis for his darkest moments.” She suggests he never felt truly American, and his love for the star-spangled nation was always the love of an outsider. “Although he knew us,” she ruefully concludes, “we hardly knew him.”

Gabriel Anctil, a young Québécois journalist, approaches the mike with a different sense of “us.” Two years ago, his articles in the Montreal newspaper Le Devoir revealed the existence of two unpublished novellas Kerouac wrote in French in the early 1950s. One of them, Sur le chemin, was composed at high speed in William Burroughs’ apartment in Mexico City. In the other, La nuit est ma femme, Kerouac identified French as the language in which he often swears, often dreams, and always cries. Now Anctil tells the crowd that Kerouac considered moving to Montreal with his mother.

The lights go dim, and Anctil shows an excerpt from a long interview Kerouac gave on Radio-Canada in 1967, two years before his death. He looks pudgy, washed out, possibly drunk, and a little annoyed at his own lack of eloquence. By then, his French was rough and occasionally rustic. “On the Road,” he slurs, “c’est pas l’histoire de two beatniks, c’est l’histoire d’un ex – football player.” Translation: he didn’t like it when people tried to pin him down. What, then, would he have made of this event?

At a reception in the mansion’s wood-panelled Mexican Room, Shapiro and the speakers nibble smoked salmon and sip Chardonnay, untroubled by such questions. The Kerouac talk has successfully inaugurated the Americas Society’s series of events honouring “US Latino writers.” Jean-Louis as a retroactive Latino? Naturalmente. After all, Spanish emerged from Latin, just as French did. “It is a bit of a stretch,” Shapiro admits, “but I think it’s a good thing all the boundaries are blurring.”

on the Jacques and Maryann L’Heureux Family Home Page, www.happyones.com

Paul Kim is the design director at The Walrus.
Mark Abley

Mark Abley is writing a book about his travels from Istanbul to Kathmandu in the final year of the hippie trail. He lives in Montreal. 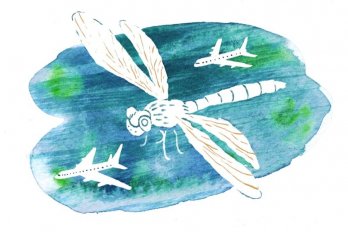