Is Anonymously Funded Health Research Too Risky? | The Walrus
Skip to content 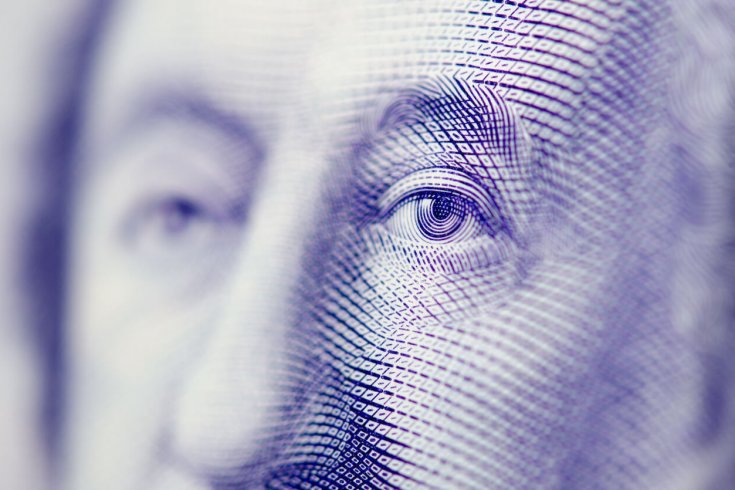 Here’s a thought experiment: If you were a reporter and had dug up the name of the anonymous donor who, last week, gave $100 million to the Centre for Addiction and Mental Health, in Toronto, would you publish it as a matter of public interest?

Doing so would represent a clear breach of the terms of one of Canada’s largest philanthropic gifts. Yet, because they generate eight-figure tax credits, such huge gifts make a claim on government resources (i.e., foregone taxes), so questions of transparency seem reasonable, especially, as in this case, when the dollars underwrite medical research—a discipline where full disclosure of conflicts of interest is de rigueur for anyone who wants to disseminate academic findings.

In interviews (including with The Walrus), CAMH Foundation officials revealed that the donor is male and someone well-known to the hospital foundation’s board. The funds will go to “high-risk, high-reward” research; supports for scientists, clinicians, and graduate students; and the development of new treatments of mental disorders. CAMH officials insist the gift has “no relation” to the drug industry nor will it directly support pharmaceutical-related research. The benefactor, as well, doesn’t intend to be “directing the research,” says physician-in-chief Vicky Stergiopoulos. Yet, she adds, “If there is a preference on behalf of the donor, it will be honoured.”

When CAMH broke the news about the gift, thought to be the largest ever to a mental-health institution anywhere in the world, the public was encouraged to imagine the philanthropist as a humble individual blessed with the purest of motives. “He doesn’t want the stories to be about him,” says CAMH Foundation CEO Darrell Gregersen. Some voices on social media quoted the fifteenth-century Jewish philosopher Moses Maimonides, whose taxonomy of charitable acts designated anonymous gifts as one of the highest—i.e., most selfless—forms of giving.

The anonymity, in fact, invites such speculation. One could readily imagine, for instance, that the donor had a dear friend or relative with depression or a personality disorder, and he conceived of this gift as a way of honouring that individual’s suffering (or memory) without infringing on their privacy. Or perhaps the donor himself had been afflicted with some form of mental illness that was successfully treated at CAMH; the giant donation (to research) represented their way of repaying what they saw as life-saving debt. Of course, all such explanations are mere conjecture.

Beyond the particulars, the CAMH donation raises timely questions about the ethics of huge anonymous gifts and how they suit an era characterized by growing demands for transparency in a wide range of social, civic, and personal spheres.

In general, Canadian fundraisers and charitable institutions—hospital foundations, universities, arts organizations, etc.—rarely balk at requests for anonymity. It’s not uncommon to see “anonymous” at the end of the lists of backers on theatre programs or the donor walls of museums. My canvass of donor policy statements in Canada revealed that most recipient organizations proactively agree to respect donor requests for anonymity without condition. After all, charities, by definition, aren’t in a position to dictate terms.

But this diffidence to philanthropic discretion is hardly universal. In Britain, anonymous donations over £25,000 must be reported to the Charity Commission as “a serious incident.” The Charity Commission for England and Wales, a national agency, offers guidance about anonymous or “tainted” gifts and the risk that the donors may be laundering the proceeds of crime or pursuing tax-avoidance schemes. The commission advises charities to be particularly careful about “unusual or substantial one-off” donations.

On this side of the Atlantic, the Columbia University journalism school simply does not accept anonymous donations to support either journalism or research, presumably to avoid corporate influence. The school’s approach, instead, is that donors must be prepared to reveal their names, although the size of the gift need not be disclosed. The school also says it uses a detailed internal process for identifying conflicts of interest (real or perceived) and “reputational risk.”

There are good reasons for caution. Across the US and Canada, university faculties have endured egg-on-face moments when it transpired that a generous (and no doubt thoroughly feted) contributor turned out to have an abundance of closet skeletons that somehow hadn’t surfaced during the normal donor-vetting process.

In some cases, red-faced institutions have had to refund gifts, as happened to Queen’s University, which accepted a $1 million naming donation from Conrad Black’s business partner, David Radler, in 2000, but then mailed it back in 2005 when it looked like Radler would end up doing time for a fraud conviction (Radler’s name was also removed from the business school’s letterhead and a plaque on a wing named in his honour). Four years ago, a Florida university had to cancel a $6 million naming gift when it turned out that the corporate benefactor was a private-prison operator. And in recent months, at least one American university had to return tainted donations from disgraced Hollywood mogul Harvey Weinstein.

Such revelations, of course, occur specifically because such marquis gifts weren’t anonymous. It’s true that anonymous donors may just want to protect their privacy or stay off the radars of other fundraisers prowling for large capital gifts. But anonymity also guarantees that embarrassing questions will never surface.

There are also other ways for some philanthropists to avoid scrutiny—for example, by giving gifts that have been severed from the original source of the money.

As Patrick Radden Keefe revealed last year in The New Yorker, the Sackler family, which controls Purdue Pharma, had a long and well-established track record of making large philanthropic contributions that made no mention of the company from whence their wealth came. Purdue makes OxyContin and is now widely seen as having played an outsized role in triggering the opioid crisis that has destroyed so many lives and communities. By not using the Purdue name, both the donors and recipients could avoid uncomfortable questions, at least until recently.

The New Yorker piece detailed an incident in which the University of Toronto accepted funding from the Sacklers, who are billionaires, to sponsor pain-management lectures and symposia for medical and dental students. “Students received a complimentary textbook, produced by Purdue, that described oxycodone as a ‘moderate’ opioid,” Keefe reported. “The course was discontinued after students and doctors criticized it; one of the critics was Rick Glazier, a physician at the university, whose son, Daniel, had fatally overdosed on OxyContin in 2009.”

There’s no evidence one way or the other that the CAMH donor has ulterior or commercial motives about pharmaceuticals and their relationship to psychiatry, although the donation to non-pharmaceutical research will likely free up funding for scientists testing emerging drug therapies. Rather, the anonymity serves—perhaps unwittingly—as a reminder of the struggle that institutions such as CAMH have historically faced in attracting philanthropists who may have felt more at ease associating themselves with children’s hospitals or cancer research than the treatment of mental illness.

CAMH Foundation CEO Gregersen says she’s not concerned that the anonymity sends a countervailing message and points to a shift in the willingness of donors to have their names tied to mental-health treatment. Indeed, in recent years, several well-respected business clans have stepped up to back CAMH, including the Peter Cundill Foundation, the Temerty Family Foundation, and Margaret and Wallace McCain, of the McCain Foods empire.

Yet on the eve of the “Bell Let’s Talk” social-media campaign, which encourages Canadians to be more open about mental illness, it’s worth asking whether the important cause of de-stigmatizing mental illness wouldn’t have been better served by inspirational disclosure rather than humble anonymity.