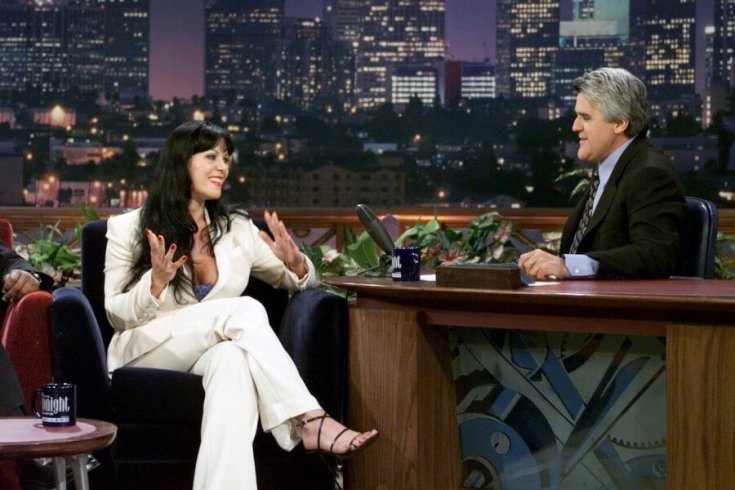 These are some of the last words former professional wrestling phenom Chyna recorded, in a YouTube video that’s difficult to watch for many reasons. The footage, recorded on her phone on the morning of April 17, is shaky, grainy and raw, pointed at her kitchen wall more often than her worn and puffy face. In the video, the forty-six-year-old androgynous pro wrestler—the “Ninth Wonder of the World,” as the World Wrestling Entertainment company called her (Andre the Giant was the eighth)—hardly lifts her eyelids and incoherently rambles about meal planning while a vegetable smoothie blends for half of the thirteen-minute clip. She slams back the entire pitcher in seconds, and blurts “breakfast of champions!”

Three days later she died of an accidental Ambien and Valium overdose in that Redondo Beach, California apartment.

Today’s memorial service, to be held nearby, will no doubt attract a who’s who of wrestling superstars and other celebrities paying tribute to the icon. Born Joanie Marie Laurer, Chyna broke gender barriers by becoming the only woman to win the second-highest ranking title belt, the Intercontinental Championship, during her short career from 1997 to 2001. She held it three different times and there’s only been one notable inter-gender wrestler since then. But, in the years following her reign, Chyna was also excommunicated by the sport’s biggest company, nearly erased from its history and blocked from using her moniker (she legally changed her name to “Chyna” to circumvent WWE’s trademark). Worse yet, the WWE has yet to induct her into the Hall of Fame, rendering her the Pete Rose of professional wrestling.

Considering her muscular frame—her barrel chest and trunk-like limbs—her nudity was almost transgressive. In her 2001 memoir, If Only They Knew, Chyna wrote, “I wanted to be more than a gimmick.” And she was. A former body builder and Peace Corps volunteer, Chyna wasn’t a great technical wrestler, but her strength was astonishing and, equally important, she could take a hit with about as much believability as you can expect from professional wrestling. During a long feud with Intercontinental Champion Jeff Jarrett, whose character, at the time, was a loudmouth misogynist, she took a series of blows from household items Jarrett brought to the ring—pots, irons, toasters, plus a guitar—until they squared off in 1999 and she made history by stripping him of the title.

Chyna, who was arrested in 2005 for domestic battery of her boyfriend, wrestler Sean Waltman, had a squeaky voice and self-admitted fragile heart that seemed at odds with her Herculean presence. “Chyna was revolutionary for women in wrestling,” Natalya Neidhart, a third-generation fighter from Calgary’s legendary Hart family and former Divas Championship holder, tweeted after her death. She triumphed when women were more sexualized by the sport than they are today; ghettoized to sideshow fights, in wading pools and “lingerie matches,” for instance, or left standing in the corners of hyper-masculine men.

Today “lady wrestling” is having something of a feminist moment. After years of branding its women as “Divas,” the WWE did away with the condescending moniker and renamed their title the Women’s Championship during an emotional announcement following a main-event match at this year’s Wrestlemania. That Neidhart and her female opponents would even be billed as main-event fighters—sometimes with men like an aging Bret “The Hitman” Hart in their corners—shows the evolution of WWE’s approach to women. Many have connected their rise to the “Ronda Rousey Effect,” the consequence of Ultimate Fighting Championship’s top star being a woman, but Chyna laid much of the groundwork.

When the next inductions are made, in April 2017, Chyna should be recognized for her contributions to the promotion and the sport itself. It seems likely, given the pressure from fans and other wrestlers, but she deserved to bear to witness to it. Chyna loved the spotlight and in her last years would tap it from impure sources, like Celebrity Rehab, The Surreal Life and adult film. Before her deadly overdose, her manager was plotting to get her on Intervention, and her YouTube videos feel like final desperate attempts to grasp at former glory. (At the time of her death, her last video had about 1,500 views; it’s now well over two million.) Stone Cold Steve Austin put it best in his podcast, The Steve Austin Show, the week after her death: “I don’t think it’ll ever be right because she didn’t go into the Hall of Fame while she was alive, living and breathing with us, and I thought she earned the right to be in the Hall of Fame. And to put her in there posthumously—man, it’s just not good enough.”