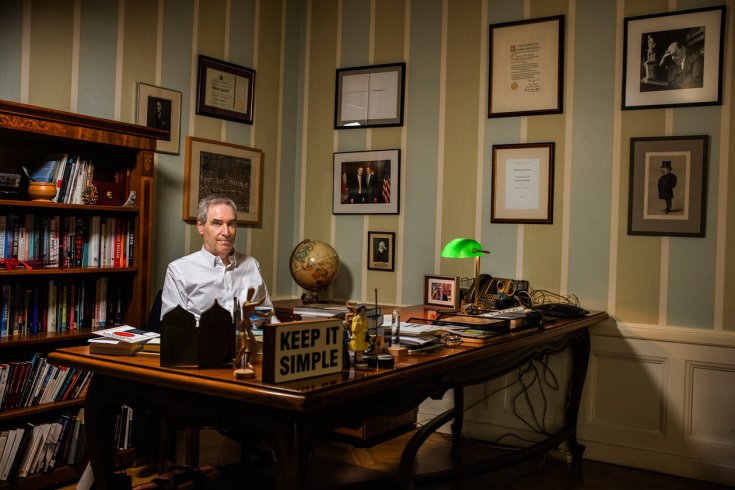 Michael Ignatieff could not have been more clear. “My job tonight is to remind you of the fundamentals of Liberal belief,” the Harvard professor began in his keynote address to the Liberal policy convention in March. “The Liberal Party has three essential purposes: to protect and enhance our national unity; to preserve and defend our national sovereignty; to advance the cause of social justice.” Like the Trudeau Liberal that he is, Ignatieff spoke not of balancing the country’s books or reducing tax burdens. Liberals, he insisted, have a higher calling. They must think internationally and have a duty to return Canada to its rightful place on the world stage—a position that has been diminished over the past decade of uninterrupted Liberal rule.

Ignatieff acknowledges that lofty foreign-policy goals are not always easy to sell to an electorate more worried about health care and home prices than Third World poverty or Arctic sovereignty. Nonetheless, his challenge goes deeper. This country must suppress every urge towards isolationism and satisfying purely domestic needs. Indeed, Canada, as one of the world’s wealthiest per capita nations, should be willing to sacrifice domestic imperatives for the greater international good. This, according to Ignatieff, is part of Canada’s history, a generosity that once put it in good standing at international tables of influence.

Three principles related to Ignatieff ’s lofty Liberal purposes uniquely position Canada as capable of wielding positive influence abroad. They are: the emphasis on “peace, order, and good government” in our parliamentary democracy; recognition of minority rights in the Charter of Rights and Freedoms, but with an insistence that ethnic nationalism yield to civic nationalism; and a tradition of progressive experimentation in social programs. Nothing close to this exists in many of the world’s most troubled regions, and Ignatieff believes Canada should be bullish about selling these strengths overseas.

Now is the time, urged Ignatieff, to make a move internationally, even though the necessary steps will require sacrifices. A peacekeeping military must be prepared for combat, and that is expensive, as is a robust foreign-aid policy. But both are necessary for Canada to reassert its influence. And yet, the foreign policy review, which was to address these questions, was curiously delayed. And Washington’s request that Canada participate in the defence of North America by joining the missile-defence program was rejected out of political expediency. Even the increases in spending for defence and foreign aid contained in this spring’s budget will be implemented slowly. Instead of taking up Ignatieff’s challenge, Liberals seem to be asking themselves: do Canadians want money spent on themselves, or are they willing to pay for Canada pursuing a bolder presence in the world?

In the 1990s, Prime Minister Jean Chrétien took the former view. In an attempt to bring the nation’s $40-billion annual deficit under control, Chrétien made deep cuts to defence spending and development aid. In 1990, defence spending stood at $11.34 billion annually; in 2002, despite years of inflation, it had fallen to $11.2 billion. And Canada is now thirty-second among nations in peacekeeping deployments, behind even impoverished Bangladesh. Equally illustrative of our diminished overseas role, three-quarters of Canada’s diplomats are now kept in Ottawa owing to under-funding. In his 2003 book While Canada Slept: How We Lost Our Place in the World, Andrew Cohen, a professor of journalism and international affairs at Carleton University in Ottawa, claimed the Liberals had hurt Canada internationally. “We are no longer as strong a soldier, as generous a donor, and as effective a diplomat,” wrote Cohen. “It has diminished us as a people.”

Most of this occurred before September 11, when a US president who promised to be more isolationist than his predecessor was forced into the international arena. With the US now fully engaged in a protracted war against terrorism, Ignatieff says Canadians must articulate their own role in this struggle. There are signs that the Liberals are taking steps in that direction, albeit tentative ones. Since Paul Martin became prime minister at the end of 2003, the Department of Foreign Affairs has been reorganized, and the military will receive $12.8 billion in new funding over the next five years.

But hovering over Martin’s new initiatives is an aura of half-heartedness. Will he carry through with Ignatieff’s call to show leadership on the international front? Of the budget’s $12.8 billion in new defence spending, only $500 million is allocated this year, and just $600 million for 2006. The bulk of the new money is scheduled for 2009 and 2010—by which time there will have been another election, which Liberals will be able to contest claiming to have done their jobs.

The problem goes well beyond a rear-loaded military budget. Shortly after Martin was elected as Liberal leader, he announced that his government was undertaking a comprehensive review of Canada’s foreign policy. That review was to be released last fall. But Martin’s office proved reluctant to make it public, pushing the release date back to December, then January, then February. At the time of this writing, it still had not been released. Some attribute the delay to the challenge of coordinating different departments. But others say the problem is Martin’s hesitancy. “I received a draft of this document back in October in a brown envelope,” says Stockwell Day, foreign affairs critic for the Conservative Party. “It was ready to go, complete with the prime minister’s foreword. Since then, it’s been sitting somewhere collecting dust in his office.”

That indecision has been even more pronounced on missile defence. Wary of growing opposition to the plan within his own party and in Quebec (a province where the Liberals hope to gain seats in the next election), Martin prevaricated on this matter for more than a year. Finally, in February, he announced that Canada would not participate, a decision seemingly at odds with the just-released blueprint on continentalism. Cohen claims simple political expediency drove Martin’s decision. “In a time in which we’re trying to elevate the level of discussion about foreign policy,” he says, “don’t you think we owed it to our own citizens to talk to them about missile defence? ”

The problem is, perhaps, with Martin and not the Liberal party, which, when led by leaders like former prime ministers Lester Pearson and Pierre Trudeau, gave Canadians their voice internationally. By comparison, Martin seems conflicted between the lure of bold ideas and caution bordering on paralysis. How then will the prime minister respond to controversial proposals that were recently officially released to the media that suggest American war ships could patrol Canadian waters as part of a new North American security pact? Will those plans also die under the weight of political considerations? Or will Canadians assert themselves, as Ignatieff is asking them to, in at least their own hemisphere?

Perhaps expecting a prime minister who heads a minority government to bravely brush aside political constraints would be romantic. What better word than romantic, though, to describe Martin’s own statements on foreign policy, delivered when he won the Liberal leadership in 2003? “It is a time when destiny is ours to hold,” he said then. “We must ensure a place of influence and pride for Canada in the world.” Ignatieff ’s appeal at the convention illuminates the unhappy contrast between the two sides of Martin. “The Liberal Party is more than a machine for winning elections,” said Ignatieff bluntly. There was a time when Martin, speaking of a bold Canada striving for the international good, seemed to sense this. Ignatieff’s challenge to the prime minister is to remember it again.