If Everyone Knew About the Harassment Problem in Canadian Politics, Why Did Nobody Act? | The Walrus
Skip to content 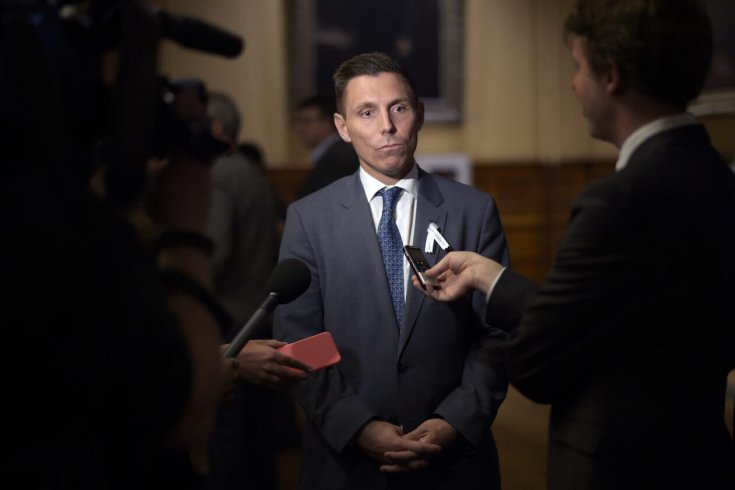 How can everybody know, yet no one act? Last week, as then Ontario Progressive Conservative leader Patrick Brown tearfully denied long-rumoured allegations of sexual misconduct, the country’s conservatives let out a soft, collective sigh. There is a refrain repeated since the Harvey Weinstein scandal split open, revealing a culture of harassment and abuse in the workplace, exposing the wound that has festered for generations: everybody knew.

What, specifically, they knew goes unsaid. There were vague rumours. A horror story about something that happened to the friend of a friend. A sense of unease.

Last week, those rumours concentrated into something disturbing and precise. As CTV reported, Brown allegedly had a penchant for accosting teenagers. Two women confidentially came forward to the television network, accusing Brown, a teetotaller, of soberly cornering them and taking advantage of them sexually when he was a federal Conservative MP. One of them was a university student and a political staffer-his employee-at the time. The other was an high-school student when Brown allegedly got her drunk, took her on a tour of his home, and then pressured her into performing oral sex. “He’s an old, single, politician preying on young girls. He’s just a sad person,” she said.

The allegations have not been tested in court, and Brown has denied any wrongdoing. However, his staff and party decided the accounts were damaging enough to render him incapable of leading the party into the next election, now just four months away. Brown resigned. Only a few days later, the party president, Rick Dykstra, another former federal MP, also resigned amid allegations of sexual assault.

The #MeToo movement seems to have found Canadian politics, and given the long-standing frat-boy culture of Parliament Hill and provincial legislatures, other men seem likely to fall.

Each victim who comes forward begets another. And as the purge works its way down the line, the questions that remain are how these cultures operate and why we have tolerated them for so long.

Few seem to deny that politics in Canada has a sexual-harassment problem. Politics breeds status-seeking, gossip, stress, tribalism, and a university-like environment where MPs and workers who are away from home seek common comfort in sex and booze. This atmosphere creates a permissive culture where standards of good behaviour are relaxed and warning signs ignored.

“Did I always believe, for example, that so-and-so was a dog, and stay away from him, and it’s inappropriate, and his poor wife?” says federal Conservative MP Lisa Raitt. “You probably believe it, but do you think they’re not getting consent from the younger women? No, I didn’t think that.”

The first problem is inherent to the nature of politics itself. Everyone in politics gossips. Rumours are so utterly pervasive-and so often used in back alley knife fights to undermine rivals-that every whisper of impropriety can be both heard and disbelieved. “The Hill is full of gossip, full of gossip. And people see something and they draw a conclusion, and it becomes a truth and then suddenly you have to bust a myth,” Raitt says. “It is such a common instance up here. You’re going to hear a lot about everybody. Especially if you are one of those MPs that tends to go to receptions and are chatty and talk to a lot of people.” The effect is desensitizing, according to another Conservative MP. Even extraordinary rumours fade to grey in the constant, terrible swirl.

Next is the matter of culture. Although better known as a provincial leader, Patrick Brown served as a federal MP for Barrie for almost a decade and is a product of Ottawa, that nexus of power, booze, and sex. From Member of Parliament to lowly staffer, everyone who works in politics enjoys precarious employment. In addition to the high rates of turnover necessitated by regular elections, legislatures and parliaments are high-stress, cliquey environments, which lead to a high rate of churn, particularly for naive young staffers, who seem to pour in-and out-of the profession at an astonishing rate.

For those who remain, the intense hours and physical distance from family creates an insular, incestuous subculture where alcohol abuse and adultery are not uncommon. It is not unusual for a politician to date a staffer; in fact, it’s not unusual for a politician to marry a staffer, which complicates questions of power dynamics and abuse. Some in politics treat the Hill “more like a university, the way university was in the ’90s and ’80s, instead of places of work,” Raitt says. “That was my husband’s impression, too, when we first started to date when I was up here. He would say to me, ‘The dogs are out tonight, Lisa.’ Meaning you could tell the guys were looking around to see if there was someone they could end up with at the end of the night.”

Lastly, while sexual harassment and abuse are problems for all political parties, partisanship only makes matters worse. Ottawa is “a highly tribal environment where information is a commodity. And blind partisanship, conformity, loyalty, and acquiescence are often traits that are valued above judgement, compassion, or acting with dignity,” said Conservative MP Michelle Rempel in a speech on Bill C-65, which is intended to create some sexual-harassment guidelines that would be imposed on Parliament.

Sexual harassment is a broad social problem, but it is uniquely pressing in Ottawa. Until Bill C-65 is passed, parliamentary and political staff will enjoy no legal protections against sexual harassment. Complaints could be handled at the party level or by party whips. Parliament is a self-governing body, so it is subject to no labour codes. Only the House of Commons can handle disputes between MPs; in short, there is no clear avenue to handle complaints of misconduct. “There needs to be codes of conduct and there needs to be formal training,” Rempel said. “People think there is licence to behave badly, and there isn’t.”

Sexism is also a factor, Rempel added in her speech. Too often, women on the Hill are used as photo-op props or to fulfill quotas, but they are not given any real power, she said. A recent article in Maclean’s that revealed details of the allegations against ousted Ontario PC president Rick Dykstra illustrated this point: at the time of the alleged assault, Dykstra was running to be a federal Conservative MP. When details of the case were brought to the party’s war room, party officials decided against dropping Dykstra as a candidate. “Positions came down gender-wise,” an anonymous senior Conservative told Maclean’s. “The women around the table in the discussions had a much different opinion than the men around the table.”

The downfall of Brown and Dykstra will raise hard questions about what’s okay; it’s a conversation that is overdue. Parties need to take allegations of misconduct more seriously. Politicos in positions of power will need a much clearer understanding of what is appropriate, and what is not in the post-#MeToo era.

More women are going to come forward, and people currently in power need to create processes and avenues to hear and investigate complaints so victims aren’t subject to the chaotic and imperfect justice of trial-by-media and mob rule. Putting more women in positions of power is important but also not enough.

“It’s dangerous to just assume that by putting more women at the table you’re automatically going to have a culture change, because then that puts the onus on women, solely. There’s an assumption in there that they have to change a culture that is detrimental to them,” Rempel said in her speech. “How come men aren’t dealing with this? How come you don’t have more men saying this is wrong?”

The answer to that seems clear: for too many, it still isn’t.