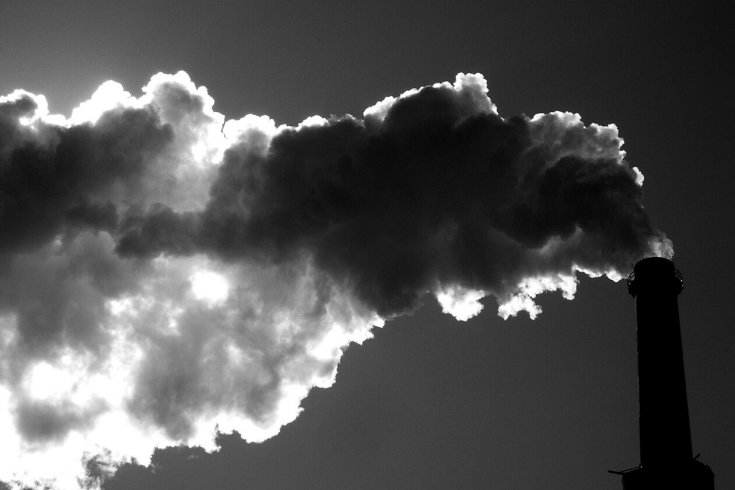 The website truetrumpers.com recently ran an image of a hospitalized senior citizen along with the following garbled caption: “BREAKING: This is 78 years old Trump supporter who was beaten by Muslim refugees in Ohio. Trump going to support them all do you support this?” It’s a painfully obvious example of the sort of fake news that spreads deliberate misinformation in exchange for easy clicks. In the wake of Donald Trump’s election, media watchdogs have been naming and shaming these sites; meanwhile, new tools being rolled out by Google, Facebook, and Wikipedia promise to filter out this sort of nonsense from our news feeds.

But even if these groups succeed, it will not completely solve our fake-news problem—because some of the most damaging misinformation on the web is spread in subtler ways. While it is a simple thing to fact-check whether refugees beat an old woman in Ohio, it is not so easy to correct misapprehensions caused by faux-authoritative articles about vaccines, GMOs, or the purported benefits of organic food. In part, this is because the science behind such issues is complicated. But it is also because misleading articles on scientific subjects often appear in otherwise respectable publications. In 2010, for instance, Bret Stephens wrote in the prestigious Wall Street Journal that “global warming is dead, nailed into its coffin one devastating disclosure, defection and re-evaluation at a time.” This was fake news, yet the article is still up there on their web site. And Stephens himself has just been named as a columnist for The New York Times. Even before Donald Trump came around, there were certain subjects that always lent themselves to fake news—and the mainstream media was a willing partner.

Some years ago, I attended a fundraising dinner in New York City for a well-known conservative magazine that I then contributed to regularly as a book reviewer. As a mere Canadian, I considered it a great honour to hob-knob with America’s right-wing brain-trust—this being the era when conservative American punditry was still defined by the respectable likes of Charles Krauthammer and David Brooks.

At my table were several wealthy donors, who seemed understandably disappointed not to be seated with a more well-known contributor. But their eyes brightened when I said that I worked at the National Post. They told me that they knew the newspaper well, and that they regularly visited the web site to surf their favourite columnists. Then they recited, from memory, the headlines of several recent articles—all variations on the idea that man-made climate change is a hoax. “Your newspaper is very brave,” one of them told me. “We don’t have many real newspapers in the United States that are willing to tell the truth like that.”

When I think about the origins of what we now call “fake news,” I come back to this story. The Post is, in just about every other respect, a scrupulously fact-based newspaper. And over its lifetime, it has been home to numerous award-winning journalists who have broken huge stories—from the early days of Shawinigate to its recent scoop about a former Vice Canada editor allegedly running a global smuggling operation out of his office. It’s a newspaper that I continue to read and trust.

But there always was an unwritten rule at the Post that when it came to global warming, all bets were off. As with the Wall Street Journal and other conservative media, global-warming denialism turned the Post into a weird hybrid: a beefy entrée of genuine information, with a 1 percent garnish of fake news—a situation that persists to this day. And since many conservatives have an enormous hunger for respectable-seeming news sources that confirm their ideologically motivated skepticism of environmentalism, this tiny slice of fake fare accounted for a massively disproportionate share of our most popular stories. Like other journalists in the newsroom, I would complain to Post brass about these stories—sometimes even doing so publicly, on Twitter. But it was quietly understood that this niche was simply too popular to give up. And as I learned in New York, climate-change denialism truly did give us an international profile.

Besides: How much harm could this fake climate news do? We were telling readers the truth in every other area. We didn’t promote bogus anti-vaccine conspiracy theories, or suggest that George W. Bush blew up the Twin Towers, or question the birthplace of Barack Obama. So was it really the end of the world if we published fake news on this one specific subject? If the Wall Street Journal could do it, why not us?

The fake-news climate columns we were running didn’t look like conspiracist propaganda. They often came with all sorts of impressive looking graphs and tables, and many were written by people who seemed to have some sort of scientific credential—even if they generally weren’t actual climatologists, and even if the data and arguments they were presenting had never passed peer review at a mainstream scientific publication. I reasoned that the people who write and read these articles were true believers who were never going to be convinced by science anyway. So what was the harm in letting them use the Post to babble at one another about “Climategate”?

What I didn’t realize then was that the (largely successful) effort to sow confusion about climate change could never be contained within that one narrow pseudoscientific silo. That’s because one of the core dogmas of the global-warming denial movement—whose adherents now include the President of the United States—is that both the media and the international scientific community are both completely corrupt. I say “dogmas” because, absent the presumption of such corruption, there is simply no way to explain why every prestigious scientific body and A-list media outlet in the Western world acknowledges the truth that the world is getting hotter, and that the main reason for this is the production of greenhouse gasses by human activity.

In this particular sense, climate denialists are very similar to, say, Obama Birthers, or anti-vaccine conspiracy theorists—who also believe that the entire mainstream media is a bought-and-paid for subsidiary of some global puppet-master. Indeed, that is why there are so many conspiracy theorists who come to inhabit all of these conspiratorial sub-categories simultaneously (such as Trump himself, or his friend Alex Jones). Once you have popularized and legitimized the idea that the most respectable intellectual and political institutions in our society are lying to us about something so fundamental as our climate, the wall between truth and fiction starts to vanish.

Out of the climate denial movement emerged all sorts of useful basic strategies that would become broadly applicable to other fake news campaigns on the right. For instance, since no layperson can really understand the vastly complicated business of modeling the earth’s climate, denialists have come to rely on isolated factoids and mantras that they can understand, and which traffic well in 140 characters or less: Ice has gotten thicker in some parts of Antarctica. The earth has always exhibited natural variation in temperature from year to year. Snippets of email from a hacked University of East Anglia server, removed from context, suggest statistical foul play. Through the groupthink of the conservative internet silo, every Rebel or Breitbart fan you meet is armed with the same canon of “smoking gun” denialist lines. Put enough of these together, and you can hold your own in any dinner-party debate. Of particular note: Unlike the creationists of yore, climate deniers give the appearance of engaging in rigorous scientific analysis—even if they’ve never heard of Boyle’s law or the Stefan–Boltzmann constant.

Finally, global warming deniers were smart enough to realize that, at root, most of us trust people, not numbers. And since global warming is complicated, even the most well-informed lay activist is occasionally going to say or do something that exposes them to the claim of hypocrisy or ignorance within the environmentalist movement. Go back and read the climate denial columns of Ezra Levant, Rex Murphy and Conrad Black over the last decade or so. You will find little discussion of the technical fine points of solar irradiance and thermal inertia, but much sneering about the fancy international conferences where David Suzuki and Al Gore hold court. By this fashion, the denialists gradually have deftly turned the debate over a scientific subject into a referendum on the moral character of sanctimonious globetrotting leftists. Columnist Mark Steyn was especially passionate about this tactic, and even went so far as to compare one of the world’s most acclaimed climate scientists to a pedophilic sex criminal—an act of journalistic lunacy that has tied him up in libel litigation for the last five years.

There is a direct line between the right-wing campaign to discredit legitimate science and the post-truth atmosphere that suffuses virtually every aspect of Donald Trump’s political cult. Trump and his acolytes don’t have to engage intellectually with the mainstream media, because they already have decided the media is dishonest and corrupt. (Indeed, 76 percent of US Republicans—compared with 6 percent of Democrats—now agree with the statement “journalists and the media are the enemy of the American people.”)

I don’t know when—or even if—the era of fake news will end. But if we do get our societal sanity back, we should guard it more preciously. What this means is that we cannot afford to treat any important arena of public discourse as somehow beyond the realm of fact. To adapt George Orwell, unless you insist that two plus two makes four—not just usually, but always—you’re never far from the shrieking la-la-land of a late-night Donald Trump Tweetstorm.