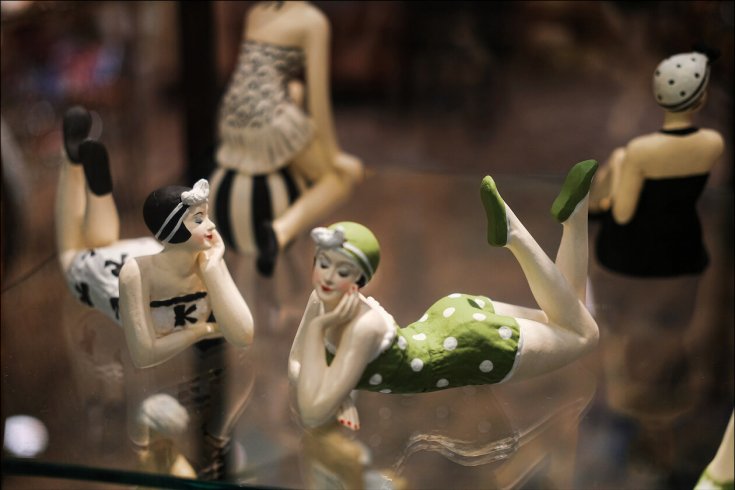 When Claire Messud finished writing the manuscript for The Burning Girl more than a year ago, she did something that she hadn’t with her previous six books: she gave a copy to her teenage daughter, Livia, to read for accuracy. “I asked her about the references, if there were places that seemed off to her,” Messud, 50, tells me over the phone from her home in Massachusetts. “She was pretty specific in the things she suggested. She was like, ‘Nobody my age would say that.’”

The Burning Girl is narrated by a high schooler named Julia, who opens the book by talking about events that happened “long ago,” before clarifying that “two years have passed.” She tells the story of her friendship with Cassie, the intrepid girl she’s known since kindergarten but with whom, upon entering their teenage years, she begins to drift apart.

While’s Julia’s life is relatively stable, things turn frustrating for Cassie when her mother remarries an unsettling doctor named Anders Shute. Cassie convinces herself that she will only be okay if she can track down her estranged birth father. It’s a deeply adolescent story, and Cassie and Julia are deeply adolescent characters; they listen to One Direction and consider Adele “retro”—references for which Messud credits the influence of Livia. As a narrator, however, Julia is unusually measured and sensitive.

“I really believe that young people see a lot and understand a lot and don’t always articulate what they see and understand,” says Messud when I ask her about Julia’s sophisticated vocabulary for her teenage observations. “I don’t think I put in her head observations or experiences that she wouldn’t have, but I think in real life, you’d have to be the psychiatrist sitting down with her to get that out of her.” The result is something that exists halfway between a young-adult novel and the astute literary fiction for which Messud has become renowned. High school becomes a high-stakes microcosm of the real world. Every crush, every new friend made at summer camp, every blow-up between parents becomes a source of infinite wonder or anguish meditated upon eloquently by a teenage girl.

Claire Messud was born in Connecticut in 1966 to a Canadian mother and French father. She was raised in Australia and America before her family moved to Toronto in 1976, where she would spend her formative years. Her sister studied at the University of Toronto (Messud herself completed her undergrad at Yale), and her parents kept a house in Napanee until their deaths.

Messud read voraciously as a child, and her favourite books were The Little Prince, Charlotte’s Web, and an Oscar Wilde novella called The Selfish Giant. In a recent interview with Ruth Franklin for The New York Times Magazine, she said that with The Burning Girl she wanted to write “a children’s book for grown-ups.” I ask her to expand on what she means by this. “There are certain stories that it’s like a Pavlovian response. They evoke such an emotion in me,” she tells me. “I had a desire to write something that is not calling for explanation or analysis, but that just is.”

Kids’ books, she adds, follow their own logic, one that adults tend to disrupt by attempting to question or rationalize it. Julia is a character who is on the verge of adulthood but is in many ways still a child. The first quarter of The Burning Girl takes place while Julia and Cassie are still relatively young. During one lethargic summer afternoon, they break into an abandoned asylum for women. In the hands of a different author, the setting might have served as the site of terror, but here the asylum becomes a type of regular clubhouse for the two dreamy girls. Julia compares the checkerboard flooring in the asylum’s kitchen to “something out of Alice in Wonderland” and Cassie, likely inaccurately, imagines the “grand ladies in their evening dresses” who once came down the building’s ornate staircases.

“Young adult” wasn’t a designation that existed when Messud was a teenager. Instead, she was drawn to the books that her mother kept in the house, books she refers to as “basically a women’s studies curriculum.” She rattles off a list of names that’s a who’s who of twentieth-century white women writers: Alice Munro, Mavis Gallant, Margaret Laurence, Virginia Woolf, Ivy Compton-Burnett, Muriel Spark, Elizabeth Bowen, Katherine Mansfield, H.D., and Djuna Barnes. “The idea that writing about women’s friendship and girls’ friendship would be new, it isn’t, of course,” she says of the ways people tend to describe her own work. “I grew up thinking that’s all anybody wrote about because that’s all I read. It wasn’t until much later I realized those weren’t the books that everyone was reading.”

At first, Messud wrote The Burning Girl as if Julia were expressing herself to a peer, a device that is more typical of YA literature, but she found that endeavour to be profoundly frustrating. She then worked on finessing the language but made an effort not to stray too far from what a teenager would actually express. Messud insists that the final voice used in The Burning Girl is not her own. “If you read other things by me, you know that I love a ten-cent word,” she says. “I just do. I was working very hard for…” here she trails off, ironically unable to find the right words herself. “It’s not that.”

There are moments where Julia’s narration is jarring, particularly when she recalls moments from her early childhood with a detail-oriented focus reminiscent of, well, an award-winning novelist. By the time the reader catches up to Julia in high school, Messud seems to hit her stride, her sentences occasionally stretching the believability of what a teenage girl is thinking, yet couched in the romanticism of someone who grew up immersed in stories.

The Burning Girl sits in stark contrast to Messud’s other, most successful works. Julia lacks the sheer anger that drives 2013’s The Woman Upstairs or the overtly verbose observations that permeate 2006’s The Emperor’s Children. Yet there are thematic similarities. Nora, the narrator of The Woman Upstairs, becomes enamoured with a sophisticated European artist named Sirena and becomes mentally invested in Sirena’s life in the same way the way Julia does with Cassie’s. “I see them as companion pieces,” says Messud of her two most recent novels. “They’re both about the limitations of knowing another person and how much we live in fantasy without realizing it,” she says. “I don’t think of Nora and Julia as temperamentally similar, but it is true that the minute someone is the storyteller, they are the observer.”

Julia and Nora are also at wildly different points in their lives. Both are intelligent and creative (Nora is an artist; Julia develops a love for acting), but Julia, privileged and young, has the whole world at her disposal. Nora, who is in her early forties when The Woman Upstairs begins, is angry about her wasted potential, having long ago put her artistic ambitions aside in favour of becoming an elementary-school teacher with little in the way of a social life. That book serves as a natural companion to The Emperor’s Children, a story about three friends in Manhattan who have just turned thirty and who are overeducated, underemployed, and waiting for the world to give them what they believe they are owed. The characters in The Emperor’s Children, like Nora, grew up being told that they could be anything they wanted to be if they just put their mind to it, only to actually grow up and find that reality is something else.

It’s this difference that above all else propels The Burning Girl into becoming a “children’s book for adults.” This isn’t to imply a wholesomeness or levity—anyone with an honest recollection of their childhood will know that some of the most enduring kids’ lit can be downright dark. Rather, Cassie and Julia inhabit a world in which anything still feels possible. Adulthood is a system to push back against and not yet a state to be embodied. Institutions can be sites for magic and make believe rather than banal systems that dictate their lives.

I ask Messud the sorts of things that her daughter is reading. “She reads a lot of YA books,” she says. “But this summer she’s been reading Elena Ferrante and Emma Cline’s The Girls, and for school she’s got to read Pride and Prejudice and Wuthering Heights.” Books about teenagers, books for teenagers, books that sit awkwardly between different forms of categorization but that are ultimately immersive experiences about the myriad ways one can be young and female—books that can find a home on the shelf next to The Burning Girl.

Anna Fitzpatrick has written for The Hairpin , Hazlitt , and the Globe and Mail.