In the summer of 2012, the Los Angeles Kings won something the hockey franchise had been chasing for nearly half a century—its sport’s greatest prize, the Stanley Cup. It was an improbable victory. The team’s eighth-place finish in the western conference pitted it against first-place Vancouver in the playoffs. The Kings won four out of five games, eliminating Vancouver with ease. They went on to beat the second- and third-place teams before defeating the New Jersey Devils in the finals.

Because the Kings were a physically imposing squad stocked with hulking players, a popular narrative formed around their miraculous run: old-school hockey had won the day. But, on the media fringes, a small group of online analysts and bloggers noticed something else. This group had been studying National Hockey League games using powerful new data-collection methods and concluded that much of the conventional wisdom guiding decisions about how to coach a hockey team or what kind of player was valuable to an organization—wisdom often rooted in a reverence for toughness—could be flawed and rife with bias. As a demonstration of how that bias could colour perceptions, they pointed to the Kings’ win. Fans, media, and other NHL teams were so fixated on what they were accustomed to seeing—in this case, oversized players pummelling opponents—that everyone missed a smaller but more significant development fuelling the team’s success.

Data analysts at the time were obsessed with a concept called puck possession, or the amount of time one team controls the puck. The appeal of puck possession is obvious: as long as you have it, only your team can score. Research, however, seemed to indicate that NHL teams weren’t placing enough of a premium on the tactic. More often, they prioritized defensive play, such as employing rugged defencemen to clear opponents away from the net. If they did have possession, they resorted to muscular ploys like “dump and chase,” in which they flung the puck into the opposing team’s end and charged after it. For the analysts, success lay in another direction. After examining why the Detroit Red Wings had such spectacular success during the 2007/08 season despite the team’s perceived lack of traditional superstars, they unearthed something interesting: Detroit dominated possession. In any given game, 60 percent of shot attempts came off the stick of a Red Wing. That alone, over the course of the season, gave the team over 1,000 more chances to score.

The Kings’ general manager, Dean Lombardi, took note. He aggressively searched for players who could hang on to the puck and let go of those who couldn’t. In building his roster, Lombardi put his faith in evidence-based improvements rather than conventional wisdom. In doing so, he provided the NHL with one of the first examples of how data analysis could help a hockey team make smarter decisions about how to use its players and maximize its chances of winning.

Turns out, it wasn’t an example many of Lombardi’s peers were in any hurry to adopt. The sport’s culture of “pugnacity, testosterone, truculence, and belligerence,” to quote former NHL executive Brian Burke, is part of its founding narrative. To whittle away at its importance becomes an attack on the game’s core principles. Data science has since made inroads in the NHL, but it remains a dirty term in many quarters. The debate is unyielding—one side hails the seismic potential of analytics, and the other calls it unnecessary, even useless. There’s a sense the sport is verging on an epochal shift. But a powerful contingent, often in the league’s highest offices, has kept it at bay.

Advanced analytics has radically altered the way many professional athletes are recruited and trained in the sixteen years since Michael Lewis published his 2003 bestseller Moneyball, which chronicled how the low-budget Oakland Athletics mined statistics to find the hidden value in overlooked baseball players and field a competitive club. But as the analytics wave swept other sports—it transformed basketball into a much faster game, with teams virtually eliminating two-point jump shots in favour of more dramatic, and more efficient, three pointers—hockey largely stood firm.

The reluctance was twofold. There was an unwillingness to stop defining players according to long-standing but nebulous qualities like being “hard to play against” and a disbelief that anyone could solve the practical challenge of quantifying an extraordinarily chaotic sport. A puck on ice bounces in ways that are hard to predict, and when you factor in the near-constant line changes—eighteen players cycle in and out of a game, often in the middle of the action—determining an athlete’s effect on a single play can seem impossible. Brian Burke, who ran operations for five NHL teams, once told a sport-analytics conference in 2015 that “the notion you can sit behind a computer and find athletes is bullshit.” Hockey, he argued, isn’t played on a spreadsheet.

Manny Perry, a twenty-six-year-old data scientist and hockey blogger, disagrees. Data-based insights, he insists, aren’t the enemy of good hockey. The more rigorously we measure a player’s impact as a shooter, passer, and puck handler, the closer we get to knowing how effective they really are. “If physicists can measure the uncertainty of a position of a particle with quantum functions,” Perry says, “then I’m sure we can find a way to find the true value of a hockey player.”

Namita Nandakumar, a twenty-two-year-old who turned draft analysis into a full-time job with the National Football League’s Philadelphia Eagles, advises her employers to see a team’s performance as “a range of possible outcomes.” Instead of chasing tactics that pan out intermittently, and often by chance, find the ones statistically expected to work most frequently. This is where data analysts can help. They can reveal which ideas have evidentiary truth and which are merely institutional stubbornness. Are expensive veterans better than cheaper youth? Is winning faceoffs overrated? What kinds of shots are most likely to go in?

This approach isn’t entirely new. The NHL has always generated statistics that have shaped decisions. But recent research has exposed those stats as limited and prone to misinterpretation. Even as statistical models produce more precise information, with, at times, unexpected conclusions, it’s often discounted in favour of the familiar. One huge myth that data analysis has debunked again and again is that smaller, more skilled players have an insurmountable disadvantage over physical players. But when the math runs counter to assumptions, a coach or general manager is inclined to trust their gut.

Perry is one of roughly two dozen hockey analysts in the world working toward a statistic called WAR (for “wins above replacement”), in the hopes of bringing clarity to player evaluation. First developed for use in baseball, WAR summarizes every observable and quantifiable thing that a player does, everything that makes them valuable. This all-in-one number—which estimates how many additional “wins” a player is worth compared to their replacement—is then used to draft, coach, and trade talent. A widely accepted WAR model for hockey could revolutionize a sport susceptible to rampant mythologizing. “Trading would become more efficient, and you’d see a certain chunk of players who would just never get minutes again,” says Micah McCurdy, an analyst who has consulted for NHL teams.

Data-based player-evaluation models are far from finished products, but it’s hard to miss that NHL franchises investing in building them, such as the Tampa Bay Lightning, have some of the league’s most dazzling players: Nikita Kucherov, Tyler Johnson, and Brayden Point. How did the team get those stars? It drafted undersized, underappreciated talent—talent endorsed by algorithms.

In recent years, the case for analytics in the NHL has become convincing enough that some of the online commentariat have stopped blogging—they’ve been headhunted by franchises rushing to set up data departments. As well, the emphasis on speed and puck possession means more players now deke and dance across the ice. The NHL has also recently announced that it is pursuing, for 2019, player-tracking technology to collect real-time performance stats. Montreal’s Sportlogiq, a data-analytics firm that works with NHL teams, itself employs cameras that, paired with artificial intelligence, can build 3D models of everything happening on the ice. The system can break a game down into over 158 million data points to capture details beyond what the human eye can track.

The data movement has even infiltrated the league’s most important franchise. When Brendan Shanahan was hired as president by the Toronto Maple Leafs in 2014 to begin his “Shanaplan,” a tactical demolition of the infrastructure surrounding the (at the time) persistently bad hockey team, he made a decision that signalled his seriousness: hiring then-twenty-eight-year-old Kyle Dubas as the assistant general manager. When working in junior hockey, Dubas had extraordinary success with analytics, using a homemade tracking system to lead the once-plodding Sault Ste. Marie Greyhounds to a first-place finish. He drew on that experience to help reinvent the Leafs’ drafting strategy. In 2015, the franchise used its first-round pick on Mitchell Marner, a teen with flair for playmaking. Standing at less than six feet and weighing just 160 pounds, he might have been overlooked by a previous Leafs leadership partial to gnarled-faced enforcers.

While Marner is now on his way to being one of the league’s best players, hockey still remains largely hostile to numbers. Data analysts grumble that their input isn’t heeded by employers, that they’ve been hired to placate a curious owner. Even Lombardi, a lifer in hockey’s establishment, has criticized the discipline’s growing reach. In November, sports website The Athletic reported that, according to one NHL executive, roughly 50 percent of the league’s general managers “wouldn’t be heartbroken to see” Dubas, now the general manager, stumble in his efforts.

Hockey’s distrust of data traces a familiar anxiety in this era of tech disruption: the establishment clinging to a world where it stays in charge. In 2016, when then twenty-six-year-old John Chayka was hired by the Arizona Coyotes and became the youngest general manager in the history of professional sport, he was billed as the “NHL’s Mark Zuckerberg.” Born near Saint Catharines, Ontario, Chayka cofounded Stathletes, a hockey analytics company, and was seen as leading the coming revolution; a forward-thinking GM who would build out a data team and invest in emerging technology.

Two years into his tenure, Chayka’s track record is less Moneyball maverick than consensus-building pragmatist. He is a reminder that course corrections in a century-old billion-dollar market do not come quickly. Before some teams are comfortable trusting data on big decisions, like rebuilding a roster from scratch, they first have to trust it on small ones, like maximizing puck possession. “People want things to be one way or the other,” he says. “The answer in life is usually in the middle.”

All WAR ratings are provided by Corsica and are current as of January 14, 2019.

Nathaniel Basen is the founder of Pastime, an online sports magazine.
Glenn Harvey

Glenn Harvey is a Toronto-based illustrator. His work has appeared in the New York Times, The New Yorker, the Washington Post, ESPN, The Atlantic, and more. 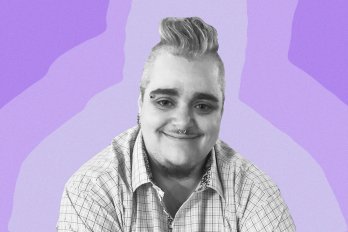 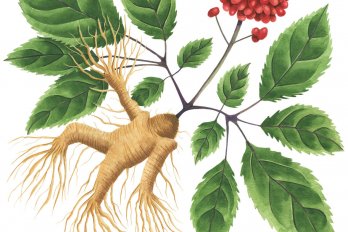 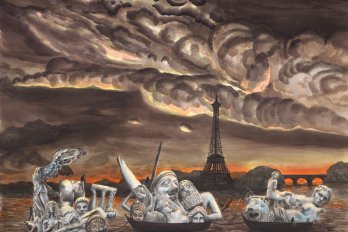