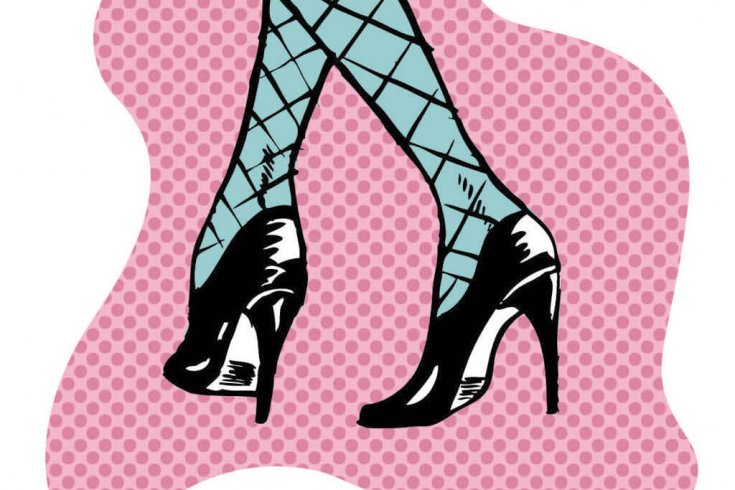 I’m buzzed into the storefront, which is marked only by a street number, and walk through the empty lounge to a garish pink staff room, where about eight women sit around chatting in a cloud of smoke and hairspray. There’s Genevieve, the fortyish French-Greek siren with cascading waves of black hair; and a twenty-year-old Australian farm girl, Anna, who clomps around in her high heels and trades her corset for a Led Zeppelin T-shirt the second she’s off shift. I set myself up at the long, mirrored vanity beside someone I haven’t seen here before, a short woman with flawless black skin and enormous eyes. My ears perk up at her accent. I ask her where she’s from. “Toronto, Canada.” “Me, too!” I squeal, and we spend the rest of the night bonding over quirky Australian expressions. (Fair dinkum? Seriously, what is that?) It’s my second month working in this Sydney brothel, and I’m learning that the biggest pleasures are often the most unexpected.

From the website of the site, a brothel in Sydney, Australia

Jewellery, clothes, cars, home deposit and financial security sooner than you think. Wouldn’t you like to be free of the mortgage and any other debt.

Don’t wait to achieve your dreams, you can earn money whilst working in a fun filled enjoyable environment. Your privacy and discretion is assured as you will be working in a secure, safe environment

Are you currently living interstate? If your answer is Yes! don’t worry as we will subsidise your airfares and provide accommodation while you visit with us.

Rewind to a few years ago. I’m sipping a gin and tonic at a College Street bar with colleagues from the feminist organization where I work, and the subject of prostitution comes up. One woman shakes her head and recites the familiar argument about the shameful exploitation of prostitutes. Another disagrees, saying she loved working as a professional dominant/submissive in a dungeon. I nod, silently regretting that I can only guess what that was like. Then I say something that surprises even me: “I think I may have missed my calling as a prostitute.”

Of all my sexual adventures, I’d always found the power of giving pleasure on my own terms especially intoxicating. But by the time it finally clicked that prostitution could be a sensible, if highly stigmatized, way for me to make a living, I assumed it was too late. In Hollywood—my only source of information about the oldest profession—prostitutes are all hot young blondes, and I was by then a thirty-one-year-old, size twelve brunette with a gap-toothed smile. But after my revelation, I got involved in sex work activism and met ordinary women of all ages who simply knew how to work the magic of a push-up bra and some lip gloss. Finally, one night, heart racing, I placed an ad on Craigslist: “Lip Service, 28, out-call.” And two hours later, I began my side career as a happy hooker.

“Happy” because of the adventure, but laws against “bawdy houses” and “living off the avails of prostitution” also meant I was risking a criminal record as well as my safety, by being unable to work openly with other women. In Sydney, I work without fear. The state of New South Wales decriminalized prostitution in the late 1980s, in response to a number of police corruption scandals involving illegal brothels. While the laws weren’t motivated by any particular goodwill toward prostitutes, they’ve resulted in safer workplaces, better health care, proud professional communities, and a general public that knows there has never been a single recorded instance of HIV transmission between a sex worker and a client in Australia.

Sex work, like any great job, pushes me. Take one recent call: Robbie is a regular at the brothel, so when he books me for the first time I know from the other girls he’ll want me to tickle his belly button. But once he’s stretched out on the floor of our room (think boutique hotel suite minus the windows), I learn that “tickle” actually means stand on him with my six-inch heel placed directly inside his belly button. No sooner do I get my balance than he asks me to describe, in detail, how I am going to run over his belly button with a van. I open my mouth, but nothing comes out. I realize that I haven’t the first clue what might sound erotic to a belly button fetishist. I am, it must be acknowledged, hopeless at fantasy and role play. It’s just not my style; I’m a literalist.

The shame of it was that just moments after Robbie booked me, the most handsome client I’ve ever seen, a Korean guy who could have walked out of a Calvin Klein ad, picked me after individually meeting each woman. I could only mouth “sorry” as I walked by him to fetch Robbie and hope he would be back. Being turned on is fun, obviously, but it’s certainly not necessary. Faking an orgasm is just part of the job. It’s like the waitress who smiles politely when asked to split the bill six ways. Service with a smile.

And, of course, there is the money. I was making $1,000 a night on weekends—until the financial crisis. Now we might wait an hour or more, watching bad sitcoms, before anyone even rings the doorbell. I told a friend who works in television about my money troubles, and she asked me if I’d have to get a “real job.” As if! Slum it at a predictable nine-to-fiver? I’ve simply moved into a cheaper apartment, and now work six nights a month instead of four. If things get worse, I’d rather move back to Canada and work illegally again.

It’s both a blessing and a curse to know how much better things could be back home. One result of the Pickton serial murders is that groups like Vancouver’s Pivot and the Toronto-based Sex Professionals of Canada have begun challenging the constitutionality of prostitution laws that risk workers’ safety. While the former group’s case was thrown out last December because none of its members were active sex workers facing a prostitution charge, the latter’s is still wending its way through the courts. I daydream about setting up my own little brothel back in Toronto—maybe just a few of us sharing the cost of a three-bedroom apartment, offering services geared to disabled folks, employing a friend to answer the phone and provide security. Heartbreakingly, my little reverie always ends in terror as I imagine being arrested. But tasting a bit of freedom is quickly turning this happy hooker into a defiant whore.

If a Book Is Published in a Pandemic, Will Anyone Read It?