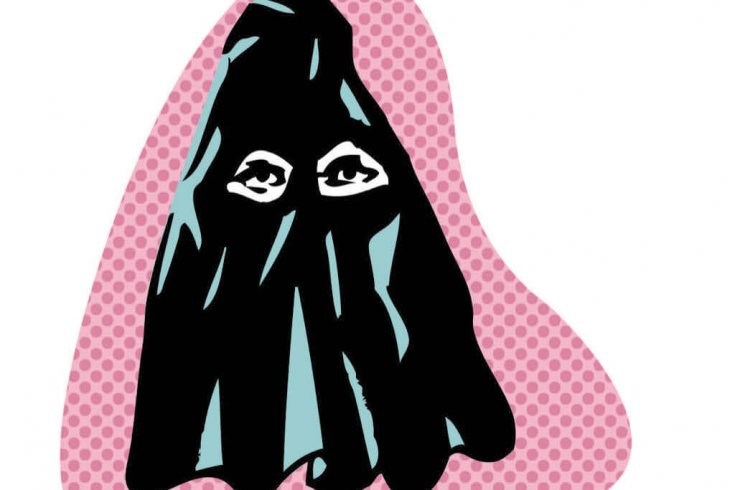 A slender sword—four feet of shining steel, curved at the end—hovers high above a kneeling figure shrouded in white. Only the kneeler’s neck is exposed. Sixty or so men watch from the edge of a granite courtyard, behind a patchy line of eight soldiers in tan uniforms. The man wielding the sword looms high, almost spectral, in a flowing white dishdasha and a red-checked headcloth. He is ready to swing but then steps back. He huddles with two police and the one person who can make this stop: the victim of the crime that’s being punished.

The huddle breaks, and the executioner retakes his position, left of the condemned. He sets his right leg forward and his left leg back, as if about to stretch his left calf. Sunlight flashes on the blade as he draws it above his head.

“I am very proud to do God’s work… No one is afraid of me. I have a lot of relatives, and many friends at the mosque, and I live a normal life like everyone else… I deal with my family with kindness and love. They aren’t afraid when I come back from an execution. Sometimes they help me clean my sword… It’s a gift from the government [worth SAR 20,000, or around $6,800 CAD]. I look after it and sharpen it once in a while, and I make sure to clean it of bloodstains.”

This is Saudi Arabia, one of the last places on earth where capital punishment is a public spectacle. Decapitation awaits murderers, but the death penalty also applies to many other crimes, such as armed robbery, rape, adultery, drug use and trafficking, and renouncing Islam. There’s a woman on death row now for witchcraft, and the charge is based partly on a man’s accusation that her spell made him impotent. Saudi Arabia executed some 1,750 convicts between 1985 and 2008, yet reliable information about the practice is scarce. In Riyadh, beheadings happen at 9 a.m. any given day of the week, and there is no advance notice. There is also no written penal code, so questions of illegality depend on the on-the-spot interpretations of police and judges.

What’s certain is that the Koran guides the justice system, with some laws passed to address areas the holy book does not. The Saudi interpretation of the Koran discourages all forms of evidence other than confessions and eyewitness accounts in capital trials, on the theory that doing otherwise would leave too much discretion to the judge. But at any time until the sword strikes, a victim’s family can pardon the condemned—usually for a cash settlement of at least two million riyals ($690,000 or so) from the convict or his family.

In rare cases, often politically sensitive ones, King Abdullah grants a pardon, one of the last hopes for Canadian national Mohamed Kohail, now twenty-four,who faces beheading after being convicted for the murder of a Syrian youth during a schoolyard brawl in Jeddah. His younger brother Sultan, who reportedly instigated the fight by insulting a Syrian girl, could also face the death penalty, as his case has been transferred to an adult court on appeal. Allegedly, Mohamed was told that if he signed a document stating that he punched the victim in the stomach, he would be freed. Many who live to recount their experience in the Saudi justice system report that police promised freedom in exchange for a confession—or tortured them to get one.

In Riyadh, beheadings take place in a downtown public square equipped with a drain the size of a pizza box in its centre. Expatriates call it Chop Chop Square. I showed up at 9 a.m. most days for several weeks. After arriving at the barren granite expanse for yet another morning, I’d drink tea with merchants in the bazaar next door. Popular opinion seems to allow more respect for the executioners than sympathy for those wrongfully convicted, and rumours about the mysterious swordsmen abound. “He must kill,” one carpet dealer told me. “If he doesn’t kill for a few days, they give him a sheep to kill.” The job is a coveted one, often passed from father to son. In a Lebanese TV clip now on YouTube, a Saudi executioner shows off his swords and describes his approach: “If the heart is compassionate, the hand fails.”

Still, the process is less overtly public now than it once was. Corpses aren’t hung for display in the square as often, and beheadings drew much bigger crowds when they were a regular event, held on Fridays after noon prayers. No formal event or fanfare begins or ends them now, and nothing indicates awareness or concern about how alien this is to outsiders.

At 8:55 a.m. on a Monday morning, I arrive at Chop Chop Square for my regular check-in. In the middle is a police car, a yellow van, and the executioner in a crisp white dishdasha. Despite all I’ve learned in the past two weeks, what is about to happen still seems impossible.

At 9 a.m., the executioner gently lowers the blade to jab at the condemned’s neck, which jerks the prisoner’s body to attention. Then the real blow: the blade is drawn high up, then swung back down. It cleaves skin, muscle, and bone with a hollow, echoing thud. A lurid crimson waterfall chases the head to the granite with the sound of a wet rag being wrung out over a stainless steel sink. The body sways forward, snaps up, and slumps off to the right.

The executioner wipes his blade with a white cloth that he then tosses away. It flutters in small arcs as two men in blue jumpsuits descend from the yellow van, hoist the body, and lay it on a stretcher. One grabs the head by the cloth tube that covers it. A loudspeaker lists the decapitated man’s crimes: rape, drug trafficking, and possession. The executioner sheathes his sword. A thickly bearded soldier claps his hands and wipes them against each other in the air—that’s it. By 9:05, the only other person in Chop Chop Square is a janitor, hosing down the granite.

Dreams from My Grandfather 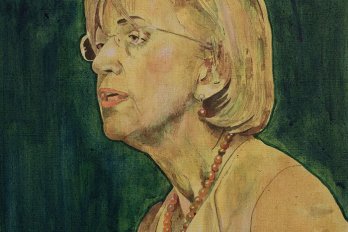