Her Name Was Jyoti | The Walrus
Skip to content 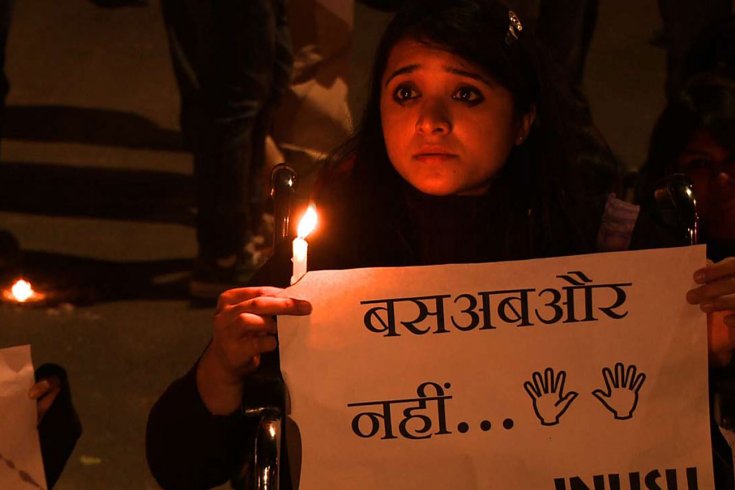 The morning of December 19, 2012, I sat down at a chai stall in Mumbai with a few newspapers tucked under my arm. I had read the Times of India and the Hindu every morning for four months, but as the details about a brutal gang rape on a bus in Delhi were unfolding, I noticed something different in the papers. Occasionally, there would be a column inch or two about a sexual assault, but that day, I lost count at more than twenty-five separate articles in one newspaper. Assault. Domestic violence. Rape. The editors didn’t even have to work hard; they just opened their eyes and the stories were there.

BBC Four recently released the documentary India’s Daughter, directed and produced by the British filmmaker Leslee Udwin, about the vicious rape and murder of a twenty-three-year-old physiotherapy student named Jyoti Singh. (CBC aired the film this past weekend, and has made it available for online streaming until April 14.)

On December 16, 2012, at around 9 p.m., Jyoti and a male friend boarded a bus after watching Life of Pi. The details of what happened that night are horrifying, unthinkable—but what has sparked controversy, and led to the government blocking the film’s broadcast in India, is its interview with one of her convicted rapists, Mukesh Singh (no relation: Singh is a common surname in South Asia).

He’s not only unrepentant, but also unwavering in his view that women should remain fettered within certain societal boundaries. “A decent girl won’t roam around at nine o’clock at night,” he says in the film. “A girl is far more responsible for a rape than a boy.” Later, he claims that giving the death penalty for rape, an ordinance added to the Indian Penal Code because of this case, will only threaten women further: “Now, when [men] rape, they won’t leave the girl like we did. They will kill her,” he says.

When men rape—like it’s an integral and unavoidable aspect of male existence.

Mukesh Singh represents the far extreme of a deep-rooted, subcontinent-wide attitude that women are inherently inferior. It’s an attitude that crosses class, caste, and state borders. It starts with “Eve teasing”—the absurdly benign and common term that encompasses all manner of verbal assault directed at women—and quickly escalates to public groping and sexual attacks.

This is why the Indian government doesn’t want the documentary broadcast; not because the filmmakers have released new details about the case, but because the film highlights a plague that the country doesn’t want shown. Mukesh Singh’s words may sound like the disturbing opinion of a single man, but they’re not. Consider these statements by the convicted rapists’ defence team, captured by India’s Daughter:

A. P. Singh: “If my daughter or sister engaged in premarital activities and disgraced herself and allowed herself to lose face and character by doing such things, I would most certainly take this sort of sister or daughter to my farmhouse, and in front of my entire family, I would put petrol on her and set her alight.”

M. L. Sharma: “You are talking about man and woman as friends. Sorry, that doesn’t have any place in our society. We have the best culture. In our culture, there is no place for a woman.”

Like the newspaper I’d read that morning in Mumbai, with its dozens of stories of sexual assault, these examples of misogyny, victim blaming, and patriarchy are miserably ordinary. They are a constant of Indian society, visible to anyone who opens their eyes. Jyoti Singh’s case stands out in its brutality, but similar assaults and deaths are all too common, all too unremarkable. India’s Daughter claims that every twenty minutes a woman is raped in India, but it’s an impossible statistic to pin down. Reported rapes account for only a fraction of committed rapes. Stigma and public shaming—even the family of a victim forcing her to marry her rapist to save face—keep the numbers unreliably low; marital rape doesn’t exist under Indian law (“Sexual intercourse or sexual acts by a man with his own wife, the wife not being under fifteen years of age, is not rape”). Reports of rape in India are increasing, but convictions are not keeping pace. Why tell, one wonders, when nothing will be done?

The documentary underscores an important point: that rape is not about sex, but about power. And in India, something as simple as a woman out watching a movie with a friend in the evening is perceived as a direct threat to that power.

India’s Daughter has scattered direction, with Udwin’s camera flicking tactlessly between the poignancy of the victim’s mother and father and the callousness of Mukesh Singh and his lawyers. The filmmaker also offers little context: what has changed in the past two years? Last weekend, following another high-profile case of the gang rape of an elderly nun in West Bengal, the same newspaper I had read in 2012, the Times of India, once again opened its pages to stories of sexual assault:

The answer is that in two years little has changed. The stories shouldn’t be this easy to find.