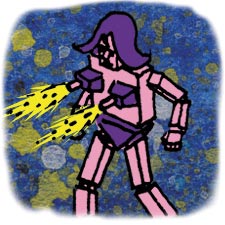 Some things you just can’t anticipate. Five years ago, I found myself in need of a gun. More precisely, I needed a long gun, which in Canada (as in most of the industrialized world and five of the fifty United States), meant I needed a firearms licence. So I shelled out $195 before tax to enrol in one of the legislated Canadian Firearms Safety Courses, held over a spring weekend at the Croatian Cultural Centre in East Vancouver. Twenty-eight of us gathered early in a windowless room, sitting at rows of folding tables littered with water bottles and takeout coffee cups. One of the two instructors, sporting close-cropped hair and khakis, began by explaining that we only needed 80 percent to pass the written exams; there were, however, ways to automatically fail the handling components, such as pointing a gun at someone or ourselves, accidentally or otherwise.

We went around the room, support group style, introducing ourselves. Predictably, the class was predominantly young, male, and Caucasian. Among the handful of women were the mother of one of the other students, a prospective armoured car guard, and a field biologist headed for bear country. Another said she was hoping to share in her partner’s passion for guns. Several participants were interested in entering law enforcement or corrections. One was a biathlete, another a video game programmer. Parked at the back table was a young man in a wheelchair, one of only four of us who intended to use a gun for hunting.

To purchase my hunting rifle, I would need a non-restricted Possession and Acquisition Licence (PAL), but I found out on the first morning that this program also covered material from the restricted gun course, for handguns and certain types of long guns, such as military-style rifles (“black and scary looking” as the instructor described them). That year, more than 17,000 students in over 2,500 safety classes sought the restricted licence; by 2012, that number had roughly doubled, and still does not account for Quebec, which has the second-highest number of gun licences after Ontario, or those who attempted the exams without the classwork.

This year marks the twentieth anniversary of the National Rifle Association’s Refuse to Be a Victim program, which teaches women how to toughen up and be “a less appealing target to criminals,” and a corresponding spike in firearm ownership for American women. Over the same period, gun marketing directed at the American woman has focused on her shortcomings, that without a weapon she cannot defend herself in a violent male world. Lately, though, gun-wielding gals are finding ways of fitting them into their everyday lives without having to man up. The Flashbang holster, invented by shooter Lisa Looper, snaps between a bra’s cups, enabling ladies to carry concealed weapons in their curves without adopting baggier, more masculine fashions; and in 2012 the NRA launched a network for the “armed and fabulous.” Next up: a series of lifestyle-oriented online shows, including From Hunt to Table and Girls and Guns Night Out.

Like many Canadians, I had assumed that it was near-impossible to get a handgun licence in this country. There is a reason that these readily portable firearms are at the heart of gun control debates here and abroad: they are responsible for the majority of firearm-related homicides and violent crime in Canada, about two-thirds since 1998. This did not come up in class, though we did learn that 80 percent of the deaths involving guns in Canada are actually suicides. We also reviewed the operation of different types of firearms, discussed the correct identification of bullet calibres, and memorized the principles of safe handling using mnemonics.

By the end of the second day, along with most of my classmates, I decided to test for the restricted licence (“Why not? I’m here”). I wrote the additional multiple-choice exam and demonstrated my proficiency with the safe handling of several handguns laid out on a side table. There was something satisfying about operating these solid, highly engineered devices, but there was also the weight of responsibility, as if the weapons’ physical heft was a reminder of their gravitas.

We were called back into the classroom from the hallway, one by one, to find out how we did. I was smug about scoring 100 percent on all of the components, but it didn’t count for much in the four-page application I now had to complete to get my licence. The RCMP Canadian Firearms Program asked that I provide a photo, signed by a guarantor, as well as submit to a background check to uncover any indictable offences or violent history. They wanted to know about my relationship with drugs and alcohol. Any recent job loss or bankruptcy? Any depression or suicidal tendencies? I was to provide two references and the signatures of my current conjugal partner and my ex-fiancée. Finally, I filled out credit card information for the $80 licensing fee and popped the package in the mail.

In some countries, such as New Zealand, reference checks are conducted by the police, in person. Officers question the applicant’s partner or a parent in a separate room. They make a physical inspection of the home to assess the security of living arrangements. Other countries, such as Poland and Romania, require a face-to-face psychological evaluation. My references were, on the other hand, contacted by some public servant in a call centre, who ran through a list of yes-no questions. That year, as in most, 99.8 percent of PAL applications were approved.

Three months after I took the course, I received an envelope from the Central Processing Site in Miramichi, New Brunswick. Inside was my plastic licence, with a crooked picture. I could now buy my hunting rifle, as well as, if I wished, a handgun—just one more of the 600,000-plus restricted firearms already registered in Canada. Because it is illegal to hunt with a handgun (the only place you can legally use it is at a certified shooting range), owning one seemed unnecessary. But then, there are some things you just can’t anticipate.