Harry Potter Lives On | The Walrus
Skip to content 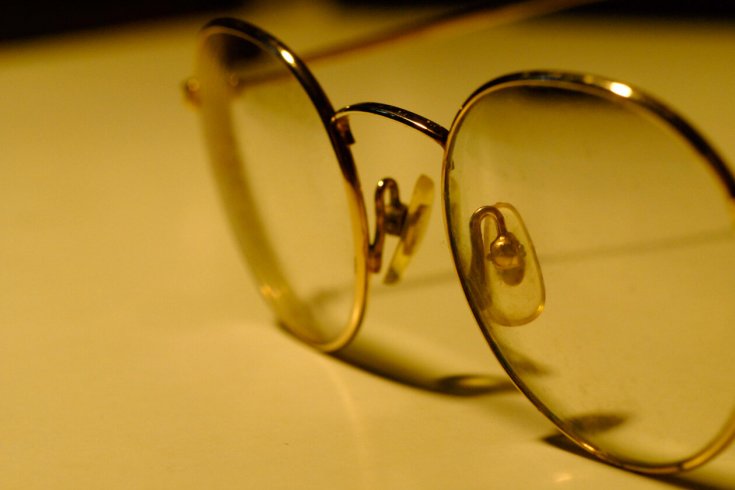 At midnight on July 31, the shared birthday of J.K. Rowling and her fictional character, costumed fans lined up to buy Harry Potter and the Cursed Child. The first Potter book since the series ostensibly ended in 2007, Cursed Child centres on a now thirty-seven-year-old Harry, employee at the Ministry of Magic, as his children go off for their own Hogwarts adventures. The projected sales speak to the public’s desire to see Harry’s story continue. Based on preorder figures, Harry Potter and the Cursed Child will probably be the best-selling title of 2016.

But the book has been met with some befuddlement. For one, it isn’t a novel; it’s the rehearsal script of a two-part play that premiered at London’s Palace Theatre on July 30. Although the production has received rave reviews, readers have complained of the flatness of the book experience, in which stage directions substitute for pyrotechnics. Much more difficult to grasp, however, is that Rowling didn’t really write Cursed Child. Instead, she collaborated on a story with playwright Jack Thorne and director John Tiffany, and Thorne wrote the script. Cursed Child, according to the Washington Post, is more like “a fetching piece of fan fiction,” while a twelve-year-old critic in the Sydney Morning Herald opined, “I don’t feel it deserves the title of the eighth Harry Potter book.”

Rowling has been flexible about the Harry Potter canon, expanding beyond novels to include fictional textbooks, a brief prequel, and various stories, many of which were published to benefit charities. And she’s been notably indulgent of much Harry Potter fan fiction, a parallel corpus that probably quadruples the word-count of her collected published works. While she remains Harry’s undisputed creator, Rowling seems keenly aware that her character possesses a life of his own. But in what way does a character belong to an author? And if a character transcends its creator, can fan fiction ever become a legitimate part of the canon?

Fan fiction is commonly associated with twentieth-century fantasy and science fiction. World-building, which undergirds those genres, suggests something of a communal exercise in expansion and elaboration. Fans abhor a vacuum, and the sprawling worlds of The Lord of the Rings and Star Trek are among those whose nooks and crannies have been coloured in by fan-authored fiction. What was the crew of the Enterprise up to in between episodes? A piece of fan fiction has an answer.

But history is replete with proto-fan fiction, spurious books that mimic an author and sometimes even invade the author’s bibliography. Especially before the age of copyright, authors had difficulty controlling what was in and out of their canons. The ancient physician Galen (129 AD–c. 200) complained of how the rival kings of Egypt and Pergamum, competing for the greatest library, created a market for forged works by famous authors. Homer, Lucian, Horace, Virgil—classicists spend entire careers sifting out false attributions. After seeing spurious books for sale under his name, Galen was himself compelled to write a treatise, On His Own Books, setting the bibliographic record straight.

In proclaiming his own canon, there were more than mercenary stakes for Galen. His name carried medical authority, and readers of false works were putting their lives at risk. Spurious literary creations aren’t quite so dangerous, but they can threaten the integrity of the fictional universes they depict. Rowling sensed this when she condemned Harry Potter pornography. Of course Harry has sex (in Cursed Child, he’s the father of three children), but X-rated wizardry isn’t in keeping with the spirit of the series. In other words, Harry has a life of his own; it just isn’t one with threesomes.

Perhaps fan fiction is best read as something like a secular version of Apocrypha, the many stories excluded from the canonical Bible. But just as the charge of heresy hangs over Apocrypha, so lawsuits tend to follow those who try to profit off fan fiction. Even Rowling, who encourages fans to explore the franchise in their own writing, strictly prohibits anyone from selling apocryphal Potter.

Lawsuits are certainly effective, but a better recourse might be to stamp your work with such style, it is unmistakably your own. When Miguel de Cervantes published Part One of Don Quixote in 1605, for example, it was a runaway success. Indeed his characters proved so popular, the pseudonymous Alonso Fernández de Avellaneda published his own Part Two before Cervantes did. Furious, Cervantes wrought his vengeance in the true Part Two, which he published in 1615. In the prologue, he asks readers to recognize his originality—”take note that this second part of Don Quixote, which I offer you, is cut by the same craftsman’s hand and from the same cloth as the first”—but the authority is really in the writing. In one of literature’s great metafictional twists, Don Quixote and Sancho Panza come across readers of the spurious Avellaneda version. Quixote refuses to read this “wholly stupid” second part: “he did not wish its author to flatter himself that he had read it.” No one but Cervantes would have written that.

Style serves as the ultimate basis of legitimacy. But sometimes we don’t expect characters to belong exclusively to any individual author. The Odyssey might present the richest and most stylized Odysseus, but the character hardly belongs to Homer. Shakespeare’s characters flowed into his work from a variety of different sources, and now seem part of the general storehouse of culture. Likewise with larger-than-life literary creations like Frankenstein’s monster and Count Dracula.

Pop culture has been a rich source of such appropriated characters. Consider James Bond. Ian Fleming was his creator, and the twelve original Bond novels form the core of the canon. But since Fleming’s death in 1964, a wide range of authors (including esteemed literary figures such as Kingsley Amis and Sebastian Faulks) have penned their own Bond books. No doubt true fanatics distinguish the Fleming style from his successors—as wine connoisseurs insist they can taste the terroir of the vintage—but the gates of the Bond canon have nevertheless been thrown open. If you read Raymond Benson’s High Time to Kill (1999), you might not be reading the best Bond novel; but you are reading a Bond novel.

While pop culture tends to free characters from their creators, the marketplace yet depends upon a more territorial sense of artistic property. J.D. Salinger embodied both the irrelevance and authority of the creator. On the one hand, he notoriously spurned conventional authorial distinctions, like a dust-jacket photo and, eventually, publication altogether. On the other, he had a vivid sense of his canon, and aggressively contested attempts to pry his characters away. In 2009, he brought a lawsuit against the Swedish author Fredrik Colting, who was set to publish 60 Years Later: Coming Through the Rye, a sequel to The Catcher in the Rye (1951), and successfully blocked the novel’s publication in the United States. The judge’s ruling preserved the borders of the Salinger canon; Holden Caulfield would not be allowed to transcend his author.

But what role does literary influence have in this debate? Fifty Shades of Grey began as Twilight fan fiction. When the series gained traction, E.L. James simply changed the characters’ names, and now Fifty Shades has its own immense corpus of fan fiction. Sure, you can’t name your character Holden Caulfield, but how many other protagonists are simply his imitators with different names? When looked at from the perspective of literary influence, how original a character is Harry Potter, anyway?

These questions are worth asking now that Harry Potter seems to be transitioning into something beyond authorship. Signs of this transition were visible from Potter‘s inception,when it became clear that the franchise would be sold and re-sold in a billion permutations. (In a typically Potter gesture, the first edition of Cursed Child is the “Special Rehearsal Edition,” while a so-called “Definitive Collector’s Edition” will be published next year.) The public has bought so much of Harry, it feels like he rightfully belongs to them.

But with Cursed Child, Rowling has initiated the grandest canonical experiment in modern literature. By welcoming a major work authored by others into the canon, she’s effectively removed the hand of craftsmanship from Harry Potter. No longer will authorship be the standard of the canon. So if Rowling’s blessing is what legitimizes the book—as Melissa Anelli, author of Harry, a History, said: “as long as she says it’s the real deal, we’re on board”—then isn’t fan fiction equally legitimate? After all, Rowling has given her blessing to fan fiction in general. And if not—if fan fiction remains on the outside—then is the final basis of the Harry Potter canon the trademark? Is the reading public is being asked to love the trademark more than the writing of Rowling?

Perhaps sensing that this experiment could quickly get out of hand, Rowling had recourse to an authorial Alamo: try to end the character. On the weekend of the Cursed Child premiere and book release, she told Reuters, “Harry is done now.” But the man is only thirty-seven years old. Fans have a big, blank canvas to work with—decades upon decades. If Rowling really wants to put an end to Potter, she’ll have to kill him herself.