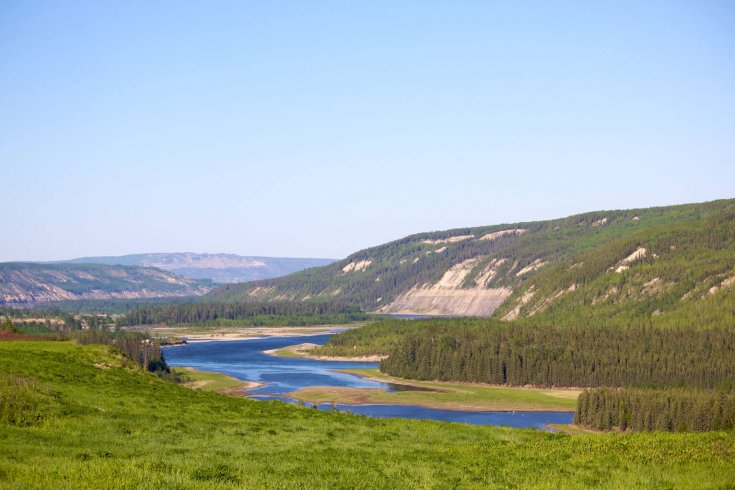 After stirring up an oil-and-gas wasp’s nest in her town, Liz Biggar, the subject of a March 2015 feature in The Walrus, is running as a Green Party candidate in the Prince George–Peace River–Northern Rockies riding. Biggar was hired as an eco advisor for the non-profit Northern Environmental Action Team in Fort Nelson, BC, after she single-handedly started the town’s first bottle recycling program. Fort Nelson, located in the northeast corner of the province, is heavily reliant on the oil and gas industry for employment; Biggar first ran afoul of the town’s pro-industry sentiment in 2011, almost two years into her job, when she challenged then-Sun Media columnist Ezra Levant to defend his characterization of Canadian oil as “ethical” at the annual BC Oil and Gas Conference. Biggar received both support and censure for her outspokenness. Her programs for NEAT were funded, in part, by industry giants like Encana, ConocoPhillips, and Nexen, who continued or initiated relationships with NEAT after Biggar challenged Levant.

Ultimately, though, she was fired from her position in NEAT in 2014. In a letter of pre-termination, her boss noted that he had fielded complaints from the mayor of Fort Nelson about Biggar’s objections to oil and gas; though NEAT is an independent organization, much of its operating budget in Fort Nelson came from the municipality. Biggar’s public remarks about fracking formed part of the grounds for her dismissal.

In February 2015, Fort Nelson cut NEAT’s funding entirely, bringing its recycling and environmental programs under the municipal government’s umbrella. In a CBC Daybreak North interview that aired after the Walrus profile was published, and after the NRRM cut NEAT‘s funding, Mayor Bill Streeper characterized Biggar as a “disgruntled employee.” When the interviewer pushed Streeper for comment about why Biggar was let go from her job at NEAT, he dodged the question, telling the interviewer to take it up with her former boss in Fort Nelson. The interviewer also asked Streeper to respond to Biggar’s assertion that “brick walls” had been put up against her environmental work in Fort Nelson; the mayor said the allegation was “completely false.”

Biggar, who still owns a home in Fort Nelson, was first approached about the Prince George–Peace River–Northern Rockies riding by the Green Party in March 2015. She canvassed her friends and family to see if they thought she should run. One now-former friend discouraged her, writing that other politicians would “eat [her] for breakfast.“ Biggar’s buoyant, friendly, values-first personality has earned her the respect and admiration of friends, acquaintances, and businesspeople in Fort Nelson—but her willingness to openly criticize the oil and gas industry, the main economic driver in the region, has also provoked considerable resistance.

Biggar’s former employers at NEAT appear to have forgiven her for her transgressions. “We’re not a political organization, so we can’t throw our support behind one candidate over the other,” says Karen Mason-Bennett, the organization’s program coordinator. “But ultimately it’s really fantastic to see people participating in the democratic system in Canada, and we wish her all of the best.”

Two of the largest issues facing the riding are unconventional natural gas extraction (commonly known as fracking), and the Site C dam, a polarizing BC Hydro project that will require flooding the Peace River near Fort St. John. Biggar, who has participated in Paddle for the Peace (an annual protest against the project) characterizes the dam as near-sighted and unpopular. “We’re already making enough to power all of British Columbia. We’re fine.” Biggar says she’s concerned that, as the climate heats up, the Peace River Valley will become one of BC’s prime agricultural areas. “That’s what we’re going to flood to build a dam, essentially to power the LNG plants to export LNG to Asian markets. It’s just so crazy.”

More controversially, Biggar supports the Green Party moratorium on building pipelines. “Right now we’re subsidizing the world’s wealthiest companies for the world’s wealthiest product, which is a barrel of oil,” she says. “Our government needs to lead the way. I don’t think we should subsidize industry one penny, not one more penny.” Instead, Biggar says, governments at the federal and municipal levels should focus on developing renewable energy technologies like wind, solar, and geothermal.

The Prince George–Peace River–Northern Rockies riding elected precisely one Liberal candidate when it was first created from the amalgamated Cariboo and Kamloops ridings in 1968. Since 1972, the riding has elected a revolving cast of Progressive Conservative, Reform, Alliance, and Conservative MPs. In 2011, Green Party candidate Hilary Crowley received just under 6 percentof the vote. At the polls on October 19, Biggar will be facing off against NDP candidate and former Chief of the Fort Nelson First Nation Kathi Dickie, Liberal candidate Matt Shaw, Libertarian Todd Keller, and Conservative incumbent Bob Zimmer, a socially conservative former oil patch worker.

Biggar looks forward to facing her naysayers in northeast BC as she campaigns. After years of steady, increasing oil and gas work in the region, activity seems to be slowing. “It’s a ghost town up there,” Biggar says of Fort Nelson. She’s hoping to convince voters that—instead of doubling down on wavering oil and gas commitments—the community should take the slowdown as an opportunity to shift focus and invest in green infrastructure and green technology.

Brinn Murphy, a Fort Nelson-based friend of Biggar’s whose co-parent works in oil and gas, says she’s proud of Biggar’s persistence. “When she got arrested on Burnaby Mountain,” Murphy says, referring to Biggar’s participation in a late-2014 pipeline protest near Vancouver, “there was a bit of backlash, especially from people in the town.” Murphy thinks that Biggar’s Green Party candidacy will be met with similar opposition. “It’s going to put a knot in a few noses,” she says. “Which isn’t a bad thing.”

andrea bennett is the author of one book of poetry (Canoodlers) and two travel guides (Montréal and Québec City). They live in Powell River, BC.