Q&A: How climate change is affecting water security in Canada and around the world | The Walrus
Skip to content
PAID POST

Despite ranking in the top ten countries in the world for renewable resources per capita, Canada’s water security is at risk. To learn more about how climate change and human activities are threatening our water supply, we spoke to Jay Famiglietti, executive director of the Global Institute for Water Security and host of The Walrus-produced Let’s Talk About Water podcast. As a former senior water scientist at NASA, Famiglietti helped develop the Gravity Recovery and Climate Experiment (GRACE), a satellite mapping program that traces the changing groundwater and freshwater supplies across the world. We asked him how understanding these changes can help governments and citizens work to protect water sources globally and right here in Canada.

The Walrus: How does climate change impact freshwater availability?

Jay Famiglietti: Our freshwater availability is governed by where it’s raining and where it’s not raining. Climate change is really affecting that. We’re seeing more rainfall at the high latitudes and at the low latitudes—for example in the tropics and in the Boreal band of forests around the world.

The increasing temperature is also melting our snowpacks and glaciers. Those are a key part of water supply around the world. For example, when the glaciers in the Himalayas start to melt, they will no longer feed the rivers that have their headwaters there. As a result, there’ll be less freshwater available to the 2 or 3 billion people who live in that region.

How many people around the world are currently affected by water scarcity, and what are the projections for the future?

The United Nations has said that by 2050, the expectation is that half of the world’s population will face water scarcity, particularly clean water scarcity, at least one month per year. That’s pretty scary.

How are people dealing with water insecurity in the hardest hit parts of the world?

The wealthier countries can be more resilient and adapt in different ways, such as managed migration, digging deeper groundwater wells, fortifying levees to guard against increasing flooding, or building more reservoirs to store water to get a region through drought. Poorer countries don’t have that capacity. Those inequities mean that not all countries have the ability to actually be sustainable.

What areas in Canada are hit hardest by water scarcity?

Most communities in Canada are water insecure, one way or another, meaning they either have too much, too little, or the water is too dirty. That’s nothing special about Canada; that’s true of the whole world. Unless you happen to live in the headwaters of the most pristine stream, in some way your surface water or your groundwater has been contaminated. But there are regions that are facing real problems.

The upper half of Canada is warming at four times the global rate, and a direct consequence of that is the shrinking snowpack, the melting glaciers, and the melting permafrost. All that points to very rapid change in ways of life for communities. The way that water will be available will change. It will no longer slowly trickle from the snowpack.

In Western Canada, the glaciers in British Columbia and Alberta and the Yukon are disappearing. They could be gone in fifty years. The prairies are warming at three times the global rate. That’s a region that will experience much more variability from flooding and drought due to the change in the snowpack, because the water in the Saskatchewan River Basin comes from the Canadian Rockies. As that snowpack disappears, the availability of all that water will change.

The climate crisis is a global phenomenon, and Canada is no exception. The coastal edges of the Northwest Territories and the Yukon are rapidly receding due to permafrost thaw—the term for when the ice built up in the soil and ground start to melt due to warming temperatures.

The coastline of Tuktoyaktuk in the Northwest Territories, which runs along the Beaufort Sea, has been rapidly eroding over the past couple decades. With many homes situated close to the water, the community has seen sea-level rise overtake its shores. With rates of erosion averaging two metres a year, more and more residents are considering relocation—a deeply emotional prospect, given that the majority of the community are Inuvialuit who have lived on this land for centuries.

But as permafrost thaws, it isn’t just the landscape that is affected. Industrial waste infrastructure and community landfills slowly degrade with the earth, posing serious threats of contaminating local freshwater supply. Permafrost itself contains huge amounts of mercury, raising concerns of toxicity in the food chain.

And then there’s the unknown: Scientists still haven’t determined the full impact to the global carbon cycle if the large stores of carbon and methane trapped in permafrost are released.

The Arctic is warming much faster than the global average. Permafrost currently covers around a quarter of the northern hemisphere. As it shrinks, these communities face higher risks of flooding, forest fires, and significant damage to infrastructure. The thaw can’t be reversed and what’s gone is gone, slumped into the rising ocean waters. What we can do now is find ways to slow the thaw, fortify the coastline, innovate local infrastructure, and engage and train the local population to navigate this uncertain future.

There’s a lot of water in the Great Lakes, but the pollution, the harmful algal blooms are real concerns as well. So, we have many regions to be worried about.

How does the GRACE, your satellite mapping mission, work?

When we think about satellites, we usually think of cameras taking pictures and sending us images. GRACE works more like a scale in response to the very small gravitational changes on the Earth’s surface that come from having too much water on the ground or too little water on the ground. If there’s too much water on the ground over a big region like, say, over the Canadian Rockies in Alberta, that region gains water weight that exerts a greater gravitational tug on the satellites that pulls them down a little bit. Likewise, if you go to places experiencing water scarcity, like the Saskatchewan River Basin in the summertime, these places lose water weight and exert a little bit less of a gravitational tug on the satellites. By keeping a very accurate track of the position of the satellites, we can map out the places around the world that are gaining or losing water.

How can governments and planners use this modelling to find solutions to mitigate water stress in the short term?

The biggest thing that it does is help raise awareness. For example, if you’re in the western part of the country, you can see that the glaciers are melting from this map. You get this tangible picture that makes you realize that we need to work together as a nation. Hopefully the different regions, or different provinces and territories, or the different river basin commissions can come together to understand how the data fits with what they’re seeing on the ground and figure out how to use it. For example, if a region is on a ten-year wetting trend, that certainly must mean something for flooding. We can plan for that.

Can GRACE give us an indication of how water insecurity is related to climate change?

There are broad patterns that make it very clear that some of these things are related to climate change. We can see where the ice sheets and glaciers are melting. We know that the temperatures are increasing, and that’s related to climate change. And as we look around the world, we can see these different aquifers that are being depleted. We know that humans are pumping that water, and that’s something that we could actually change.

What kind of solutions are being sought to help mitigate water insecurity in Canada?

There are all kinds of different solutions that are issue specific: for example, the satellite work contributes to sustainable water management. At our institute, we have people working on forecasting models. They can predict water availability, they can predict flooding, they can predict drought, and they’re working with government agencies to make sure that they have the most advanced tools.

What can we do individually to help with water insecurity in Canada?

Three things: first, when it comes time to vote, make sure that you understand your candidates’ position on water and water security. That’s not something that we would typically ask about but it’s becoming increasingly important.

The second thing is thinking about dietary changes and moving away from red meat. Adopting a more plant-based diet can make a huge difference in water use.

The third thing is, if you’re a homeowner, having efficient appliances. You also want to think about how much water you use to maintain your lawn. Moving away from having a maintained lawn would save 50 percent of your home water use.

Where are you finding hope?

There’s a lot to be hopeful about. We’re not going to reverse climate change. We have to adapt, and we have to mitigate it, so we can help to slow it down. The world is focused on that. The Canadian government has made a huge investment in water research to enable greatly enhanced water security. At our institute, we’ve been fortunate to lead some very big programs that have had a huge impact.

As professors, we train undergraduate and graduate students. That means we’re producing an army that is very focused on water security and water sustainability. Seeing their enthusiasm and dedication gives me tremendous hope. 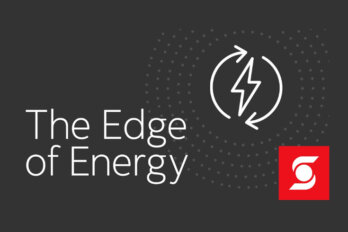 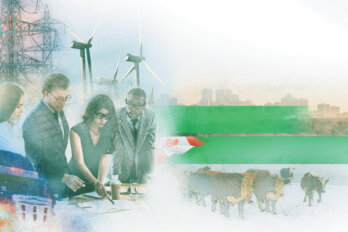