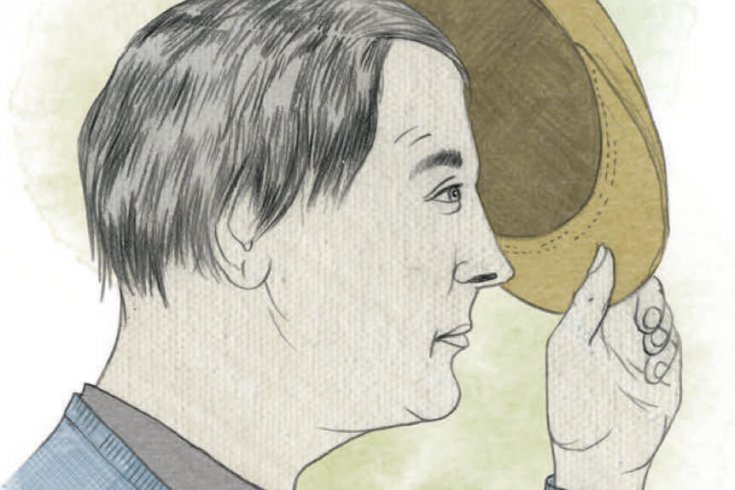 Richmond Hill—On the rooftop balcony of the Krasman Centre, a small group crowds around a weather-beaten, umbrella-covered patio table. Cigarette butts and bits of winter waste are scattered about them on the ground. But the elegant old trees and quaint homes of the Toronto suburb are visible from up here, and, after a bitterly cold spring, the warm June breeze animates the group, particularly the women, who trade spirited complaints.

“When I told my shrink I was using alcohol, he gave me drugs. Since then, I’ve gained twenty-five pounds, and I don’t even know if they work,” Christiane says with a French-Canadian twang. The petite forty-five-year-old wears a windbreaker to conceal the Effexor bulge around her midriff. “I’d like to see someone else, but it will take months to get an appointment.”

“I’m an addictive personality. That’s why I’m staying away from drugs, and my shrink knows it,” quips Mary, who’s about ten years younger and sports an olive green hoodie and hip-hugger jeans. “For anxiety, I use different strategies, like taking baths. I don’t even care if the bath goes cold.”

The two women and a withdrawn, middle-aged man named John have gathered here for their weekly Pathways to Recovery meeting, facilitated by Krasman staff member and psychiatric survivor Matteo Castelli. The therapy program for people who identify as having a mental health or substance abuse issue was developed at the University of Kansas in 2002, but the notion of recovery can be traced back to Alcoholics Anonymous, a “fellowship of men and women” focused on sobriety that was founded in the 1930s. A decade later, recovery crossed over into the field of mental health when a group of former patients at the Rockland State (Mental) Hospital in New York banded together to form their own self-help community and, eventually, Manhattan’s Fountain House, the model for 400 such “Clubhouses” worldwide.

However, the modern recovery movement really grew out of the grassroots patients’ rights and advocacy groups that sprang up all over North America in the 1960s and ’70s, in response to the idea of incurable, biologically based mental illnesses psychiatry was saddling patients with. Inspired by anecdotal and empirical evidence (led by a 1979 World Health Organization study that found the rate of recovery from schizophrenia was at least 50 percent higher in developing countries, where there are almost no psychiatric services), self-described “consumer/survivors” stopped taking their medications and discovered that together, without psychiatry, they could not only function, but heal.

Today recovery is a fully realized and internationally recognized approach to attaining wellness. Just a week before this Pathways meeting, several hundred delegates attended a conference on the movement in Toronto, with presentations by thirty experts, mostly consumer/survivors, from all over North America, as well as India, Ireland, England, Germany, and Sweden. Still, it’s hard to pin down an exact definition of recovery. Tanya Shute, the executive director of Krasman and another survivor, describes it as “a person’s ability to self-actualize, with or despite one’s mental health experience.” Elaine Amsterdam of Toronto’s Gerstein Crisis Centres says, “It’s about living well,” adding, “The meaning of that is different for everyone and can include a range of different approaches.” But the whiteboard that hangs on the centre’s kitchen wall notes five key concepts in indelible black ink: hope, personal responsibility, education, self-advocacy, and support.

Out on the roof, the Pathways workbooks lie unopened as Christiane and Matteo discuss how well his first play, The Recovering, was received last Saturday night when it opened at a church up the street. Christiane, who was among an ensemble drawn entirely from Krasman visitors, admits she will miss the weekly rehearsals and especially the cast, a new community of friends. “Sometimes we went to a local bar afterwards for a beer.”

“Yeah. We went out last week, after our last rehearsal,” Christiane continues, her voice dropping suddenly. She fidgets nervously with the straps of her purse. “After a while, everyone wanted to go home, and I didn’t. I wanted another drink, so I stayed behind. I knew most of the people who hung out there. I remember we were talking about how the Penguins had won the game. Then I went to the washroom.”

“All I remember is waking up the next morning in the basement stairwell of a strange apartment with no underwear on and my bra in my hands.” Mary, usually quick to react, is stone faced. She grew up with two alcoholic, abusive parents, and at fifteen, pregnant with the first of her six children, she ran away from home and straight into a violent relationship, a pattern she repeated for years. After a while, she leans closer to Christiane and whispers, with barely contained fury, “No one had the right to violate you like that.”

When Mary started the fourteen-week program back in March, she couldn’t have offered such support to anyone, including herself. She was binge drinking—typically downing twenty-four bottles of beer in a sitting—and cutting herself. “It’s the anger,” she confessed to the group early on. “I can’t figure it out, but when something bothers me, when people walk all over me, that pain, I can only relieve it with a razor.”

Mary insists she’s angry, not mentally ill. “It’s situational. Why would I have a mental illness? I’ve been abused so much, sometimes I think love equals abuse.” She refused to accept the bipolar diagnosis psychiatrists gave her when she was first hospitalized in 1997 for severe depression and through seven subsequent admissions. “Whenever they give me my meds in hospital, I slip it under my tongue and then spit it out.” Seen through the lens of the traditional psychiatric treatment model, such “non-compliant” behaviour signals “lack of insight” and a poor prognosis.

However, by June Mary says she is managing her symptoms quite well. “Two weeks ago, I slipped really bad and got into the drink, but I’m a strong woman, and it was the first time in ages.” In addition to Pathways, she attends an addiction counselling group and a women’s support group. After months of weightlifting and elliptical training at her local community centre, she proudly displays her new muscles. When the recovery program ends, she plans to train as a volunteer on the Krasman Warm-Line, a non-crisis peer support service. The group “opened my eyes to things I could never see myself,” she told Christiane at the beginning of today’s meeting.

Now Mary prompts Christiane with questions to get her talking about what happened after she realized she’d been drugged, raped, and robbed. Matteo shakes his head as Christiane recounts that once the police arrived at her apartment and spotted several cases of empty beer bottles stacked up in her kitchen, “They just told me I should do my drinking at home from now on and left.” She keeps saying she’s fine, but Mary isn’t convinced. John listens intently, riveted by the exchange.