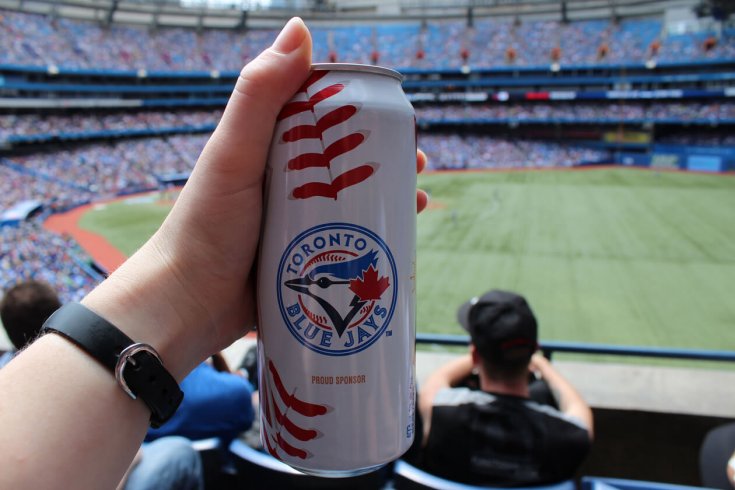 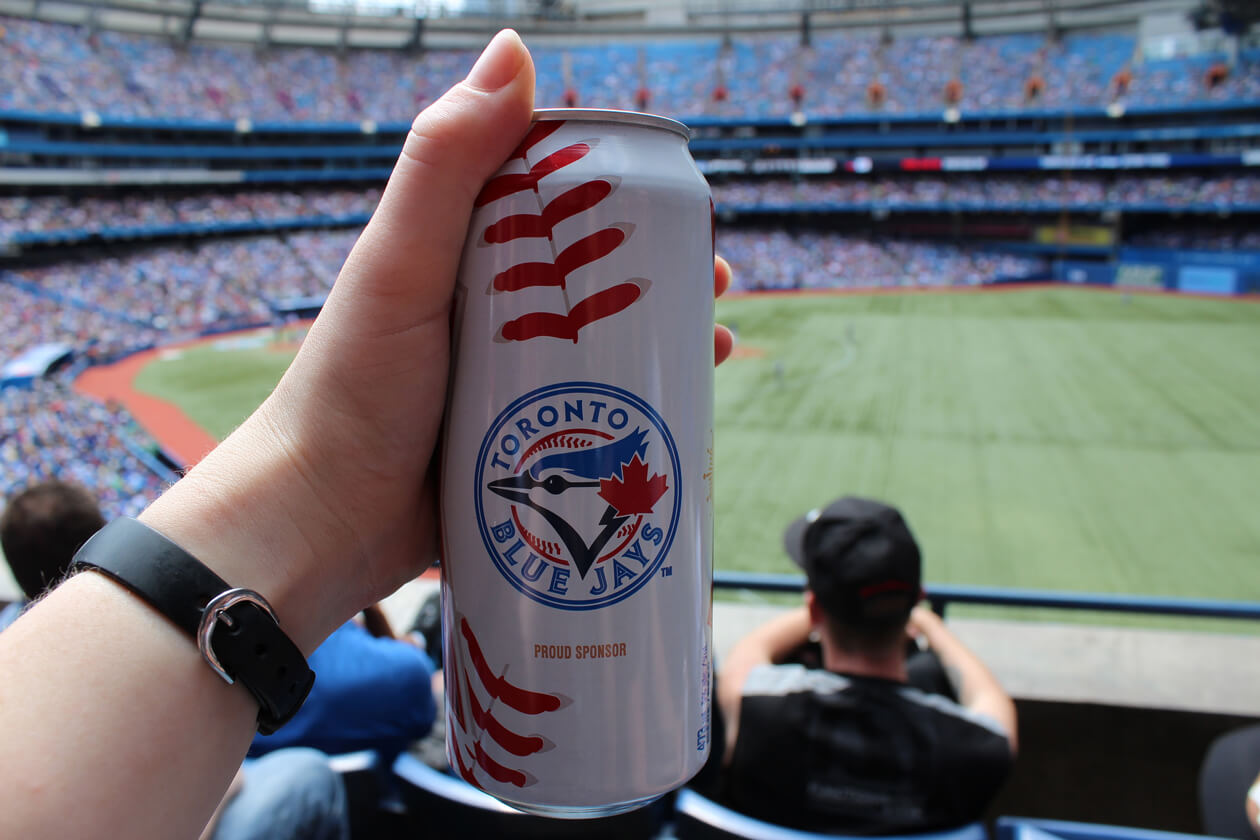 With the Blue Jays season coming to an end last night, in Game 5 of the ALCS, it’s a good time to figure out what Canada’s team needs to satisfy fans in 2017. Priorities must include: a re-signed Edwin Encarnacion, an everyday lead-off hitter with speed, and more consistent offensive production from the outfield. Most importantly, a rejection of patronizing nanny-state policies in regard to the sale of alcohol to Rogers Centre spectators.

As the entire world knows, during the October 4 wild-card game against Baltimore, a single notorious fan (later identified as Kenneth Pagan of Hamilton, Ontario) threw a full-ish beer can at Baltimore Orioles left fielder Hyun Soo Kim as he was tracking a fly ball near the warning track. It was a dumb thing to do, and could have led to injury. This being the age of social media, denunciations and incriminating GIFs shot across the internet. But such idiocy is hardly unprecedented. At late-season NFL games in the past, morons have thrown snowballs, sometimes containing ice fragments, at opposing players. And there are plenty of instances in which drunken behavior of all sorts have led to fights among spectators. Dumb things happen when you get 50,000 stoked sports tribalists in the same building.

What’s new here in Toronto is that team brass responded to the incident by taking all beer cans out of the hands of fans. When I attended Tuesday’s game this week, I was horrified to see that vendors now are no longer permitted to hand you a can of beer—even after you pay them the ridiculous price of $11.75. Instead, you wait as the usher pours your beer into a plastic cup. The idea here is that you will no longer have a weapon you can throw at an opposing player, since it is hard to turn a soft-form piece of plastic into a missile.

I am no beer-container purist. But this one seemingly minor adjustment in concessions policy has seriously undermined the stadium experience for ushers and fans alike. It already was a challenge for vendors to get a can of beer to a guy fifteen seats into a row, and then collect payment, all while negotiating beer type and tip amount through hand signals. But now these vendors also have to carry around a collection of plastic cups, as well as all the empty cans. So they can carry less beer and have to return to base more often.

Service has slowed to a crawl, because ushers have been turned into de facto bartenders. In the 129 section, I observed two ushers working the area. Neither of them were moving: The only way they could do their jobs was setting their beer pack on the stairs, crouching down and going about their business as long lines formed behind them. It took me fifteen minutes to buy a single beer in this way. During this time, half the stairway was blocked for fans, creating a logjam of fans headed to the bathroom or food stands.

This gave me plenty of time to think of the lunacy of the nanny state. Here were tens of thousands of people and hundreds of ushers being massively inconvenienced just to preclude the possibility of one lone drunkard committing an act of stupidity, which itself would have an extremely low probability of causing any form of injury to an on-field player. Moreover, this is an act of idiocy that could equally be perpetrated with any number of objects. (In my case, for instance, I easily could have tried to bean Cleveland’s first baseman with a number of objects from my backpack—including, for maximum irony, a hardback copy of Anthony Gottlieb’s newly published book about the Enlightenment.)

The whole episode is symbolic of how we respond to moral panic in 2016. Soon after Pagan tossed his can, Torontonians made a big show of apologizing to the whole world for what we imagined to be a stain on our fair city. And then the Blue Jays duly created a rule which would prevent jerks and non-jerks alike from the common beer can. Such dilatory extrapolation of risk assessment is perhaps permitted in the field of airliner safety—which is why tens of millions of us tolerated being groped Donald Trump-style after a terrorist tried to blow up a plane with a device in his underwear. But it’s insane to extend such Pagan attitudes to the domain of beer cans.

What is instead called for is stadium signage propagating the simple message that anyone throwing a beer can—or anything else—will be prosecuted as a criminal (which, indeed, is what has happened to Pagan). These signs might be especially prominent in the seats directly ringing the outfield, which is the point of origin from which such missiles might most reasonably be expected to emanate.

In my perfect Blue Jays fandom world of 2017, I will be at the Rogers Centre, not throwing beer or books at anybody, watching a re-signed Encarnacion target such signage with massive home runs, while, scoring in front of him, are a variety of speedsters who’d wheedled their way onto base. This is how baseball is played in a city of champions and a land of freedom.