Funeral March to Freedom | The Walrus
Skip to content

arlington—The American military anthem “The Battle Hymn of the Republic” describes an apocalyptic vision in which Christian soldiers become the sacrificial liberators of all mankind: “As He died to make men holy, let us die to make men free/While God is marching on/Glory! Glory! Hallelujah!” The hymn is one of the most popular songs in Section 60, the two-hectare plot at Arlington National Cemetery reserved for American soldiers killed during operations in Iraq and Afghanistan. Section 60 is now half full.

The first casualty of Operation Iraqi Freedom to be buried in Section 60, Captain Russell B. Rippetoe, was paraded to his grave behind a team of white horses while the cemetery band played the battle hymn. The most recent burial, as of Memorial Day this year, was Jourdan L. Grez, a twenty-four-year-old Marine from nearby Harrisonburg, Virginia. Grez died driving over an explosive device near the Iraq-Syria border. At his funeral, after the chaplain spoke, after soldiers fired off a twenty-one-gun salute, after the bugler sounded “Taps,” and just before the bagpiper played “Amazing Grace,” Jourdan’s son, Colin, not yet two years old, was presented with a neatly folded American flag as he sat on his mother’s lap. It was, he was told, being delivered on behalf of the president.

The army’s oldest active-duty unit, the Third US Infantry Regiment, or Old Guard, assisted at Grez’s ceremony, as it does with all burials at Arlington. Command Sergeant Major Russell McCray, the unit’s highest-ranking soldier, spends most of his days at funerals, though like many veteran soldiers, he expects to be deployed to Iraq soon. “With this war going on we’ll fill this place up in no time,” he says. His gaze shifts to indicate nearby Section 61, where a giant machine, capable of grinding entire trees to mulch, is crunching away at the land. “We’re gonna need the space,” he says. Lost in a tangle of Section 61’s brush are loving tokens—balloons, ribbons, flowers, teddy bears, photographs, and letters—placed beside Section 60’s graves, then carried on the wind to the resting spot of tomorrow’s casualties.

Arlington Cemetery lies just across the Potomac from the White House, watched over by the glass towers of defence contractors. Closest of all, a few hundred metres from Section 60, is the Pentagon.

On September 11, 2001, Tom Sherlock, Arlington’s resident historian, was at the cemetery’s Tomb of the Unknowns when he heard the roar of American Airlines Flight 77 overhead. “I looked up,” Sherlock recalls, “and there was this huge fireball.”

The Boeing 757 ripped into the wing of the Pentagon that faces the cemetery. Staff working in the rebuilt wing can look out their windows and see the graves of the sixty-five people who occupied those same offices, see the daily burials taking place in Section 60, and see more land being cleared. “I’ve been in some of those windows and I couldn’t help but look out,” Sherlock says. “You can see acres of graves. The ones that are immediately in front of them are very prominent and probably at times sobering for the people who work there. You’d hope that it would be, when decisions are made.”

Two days after the Memorial Day weekend, Air Force Lieutenant-Colonel Schmitzer left his Pentagon office early to visit Section 60. The idea behind the war in Iraq, he said, is to drop a pebble of freedom and let it spread, “like a ripple in a pool,” across the Middle East. But, he added, “This is a war for hearts and minds. You can’t win if the local populace doesn’t want you there.” On the same day, two young soldiers, pfc Louis E. Niedermeier, age twenty, and spc Phillip C. Edmundson, age twenty-two, were killed by insurgents in Ramadi. 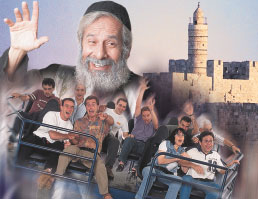 Equality in the Making