From the Inside Out | The Walrus
Skip to content

I have never been to the Arctic—Canadian, Siberian, or any other northern region now being contested because there is something there that non-indigenous populations want, feel entitled to, and, yes, need. For consuming societies such as our own, the perception is that time is running out, and it is. So, catch as catch can; or, as Prime Minister Harper said about Canada’s Arctic sovereignty claims, “Use it or lose it.” Crass. Summative. Ignoble.

Nor have I ever pursued opportunities to go above the treeline. Cost has been a factor, but in the North it always is. In truth, I grew up with a typical Southerner’s view of the North, the stories of conquest, loss, and romance—the Franklin expedition, Robert Service and Sam McGee’s crematorium or Dan McGrew’s saloon, Farley Mowat’s various dispatches—the usual litany forming a tidy package and, I thought, an accurate, sometimes delightful, portrait. It was easy to allow such stories, fantastical or not, to herald the North and to leave intact the romance and the mystery that accrues from not having been there; to not address the Arctic in its fullness but to allow the narratives we extract from it to mythologize.

Older now, I see a very different perspective at work in Kevin Patterson’s arresting novel, Consumption, and in local conjurers of stark truths. The edges of the “Arctic sublime” fray under such accounts, and the impulse to venture north stalls before the need to preserve myth and legend and the fear of confronting cultural pathologies. The Arctic, thorny and complex, is an environment that can hurt and kill, and it keeps the softer, less resilient Southern sensibility at bay.

The lure of travel is so often the lure of storytelling upon one’s return. Such tales are usually exaggerations, embellished by time and comfortable circumstance, the facts adjusted to suit the conceit of adventure or, worse, conquest. Been there, bought that. Even the timeless museums and art galleries of Europe and the many wonders of the ancient world are given a contemporary date stamp, consumed by the just-in-time travellers of our usurious global village. But what of those few remaining places that exist outside of time, consequence, and progress, material or just spectacular, and that are not prominent on the expanding map of must-go-there? What if the Arctic, for instance, were to disappoint? After admiring a vast environment—at first sight monochromatically white, but with many hues suggesting a different order of things—what if, after a long day “on the land” or dodging ice pans “on the sea,” there is nothing to do in the Arctic but survive?

For the time- and story-afflicted traveller to be caught in a landscape seemingly without momentum, with little happening but the inching forward of a determinant environment, boredom will come from knocking. And with it comes wonderment at, not about, the stoic yet hearty inhabitants. Subjects for anthropology textbooks and those studying human nature, to be sure, but we Southerners are postmodern people so beyond conquering the environment that we cannot imagine being conquered by it, or, a finer point, being fearful of it. In that silent land, the Arctic, there is little room for human error, and, if my recent readings are correct, it is a place to be awed by, not boastful about. In a sense, the Arctic is special because it does not lend itself to exaggeration. It is a region that determines human activity, and thus it does not play well in the salons of the South. The Arctic’s inhabitants, the source of stories, are brilliant on the microscopic detail of survival and what it requires, but today, I suspect, they are less willing to be founts for stories retold.

Nor have I ever been to the Sahara. To its edges, yes, but never inside, never around the dune and out of sight of congregations of people and settler huts; never surrounded by the Sahara’s magisterial, threatening expanse; never forced to ask, “What goes on in this great nothingness? ” It is too big and its people are too disparate; it has too few cafés. Like the Inuit on the hunt, I imagine, the nomads of the Sahara take their leave uncertain that they will return. The Arctic and the Sahara, with their environments that consume, twins marching in different directions.

Deserts, it appears, are not for me: they are too deserted. And they should remain so. This is their gift to the world. In this regard, a gift, the Sahara—for centuries that great transit route for the camel caravans of gold following loose trails from the south and the west to Cairo, the place of trade and bounty—is relatively secure. But as the heart of the Sahara is pushed further away from the consuming world by planetary heat and the expanding sands that follow, the Arctic is drawn closer, the same phenomenon, heat, bringing southern birds north and making precious icebound oil and gas that much more accessible. Thus, the Arctic, once a place of legend, aboriginal nomads, and intrepid travellers, becomes now more vulnerable from the outside in. About it, there are now designs, master plans masterfully merging the polar opposites of extraction and development, blueprints that put in sharp relief pleasure-boat cruises up the coasts or through the Northwest Passage. With “use it or lose it,” on the land and on the sea, Canada as a “Northern nation” threatens to become more fact than wistful simile.

“Threatens” because the discourse is largely from the outside in. But there is an alternative, presented to me by Franklyn Griffiths as we began our own conjuring ten or twelve months ago. “I will do it,” said Franklyn, of a proposal to study the impact of climate change on Canada’s North and its people, “but only from an Inuit perspective. This is a story that must be told from the inside out.” The phrase passed over me, but it reappears herein, this time in the voice of Mary Simon, an Inuit and another northern traveller worth listening to. Franklyn himself asks, “Camels in the Arctic?” and well he might. What follows is his essay and others, all discoveries of the many hues settling on a vast white circumpolar canvas, stories told from the inside out. 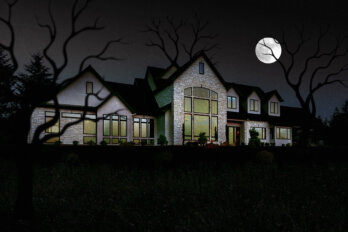 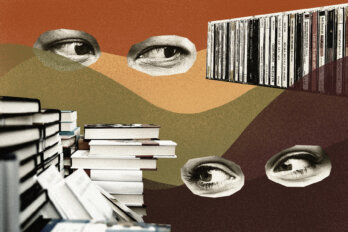