From Oshawa with Love | The Walrus
Skip to content 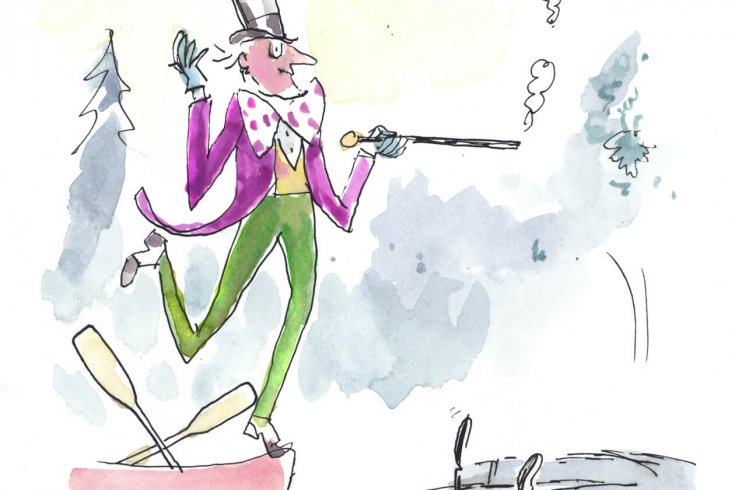 In 1941, during World War II, a top-secret training school for British intelligence officers was quickly and quietly assembled on the northern shores of Lake Ontario, in the woods outside Oshawa. The site went by the name Camp X and, to the untrained eye, appeared to be a typical army base. It was designed to be the first point of contact for recruits of the controversial British Security Coordination (BSC), an elite group of spies and propagandists. They arrived at the remote 260-acre site in batches of about a hundred. Class subjects included information gathering, safe blowing, prisoner interrogation, and killing with a single swing of a knife. David Ogilvy, the legendary advertising executive, trained at Camp X. Ian Fleming was rumoured to have been so taken by the gadgetry on display during a stint there that he was inspired to write a story about a super spy.

By the spring of 1945, however, with an Allied victory over Nazi Germany seemingly inevitable, Camp X was set to fade into history. According to one historian, the camp had become “little more than a secure storage location for the BSC records.” Which is why a twenty-eight-year-old, six-foot-six air attaché named Roald Dahl was sent there that June—sixteen years before the publication of his breakthrough children’s novel, James and the Giant Peach—to sift through the organization’s vast archives and write the official history of the BSC before its activities were lost in the mists of time.

Dahl’s name was known in the intelligence world before his arrival at Camp X. His military career had begun at the outset of World War II with a brief but eventful stint as an RAF pilot. He flew in Iraq and Greece but was discharged as a result of injuries he sustained from crash-landing a Gloster Gladiator biplane—an obsolete model Dahl had never been formally trained to fly—into the North African desert in 1940. While recovering in London, he met the Undersecretary of State for Air, who promptly reassigned Dahl to the British Embassy in Washington, DC. As assistant air attaché, he was tasked with talking up the British war effort to the US isolationist crowd. But Dahl quickly made a different kind of name for himself in the capital’s social scene, where eligible bachelors were scarce. The charming, uniformed Norwegian took joy in antagonizing the men who attended the merry-go-round of posh cocktail parties—and in seducing the women. Said the daughter of his close friend Charles Marsh, “I think he slept with everybody on the East and West Coasts that had more than fifty thousand dollars a year.”

In June 1942, Marsh, an oil and newspaper tycoon who had the ear of many prominent American politicians, casually tossed Dahl a draft of a pamphlet written by Vice-President Henry Wallace. It outlined, among other things, plans for the US to take control of international airways at the conclusion of the war, and pledged support for the emancipation of several British colonies. Dahl, who had been flirting with the BSC throughout his time in Washington, immediately recognized the threat this posed to British interests and told Marsh he needed a half-hour to himself to study the pamphlet. He then rang up his BSC contact and told him to speed over to Marsh’s house as soon as humanly possible, take the pamphlet, make a copy of it, and bring it back—and to get the job done within thirty minutes. Somehow, Dahl pulled it off. It wasn’t long before the hugely influential and enigmatic head of the BSC, William Stephenson, caught wind of the exploits of this promising young man.

The BSC was founded when Winston Churchill decided that England would survive the war only if the Americans entered the fray. The Manitoba-born Stephenson, who had made his fortune as a young man by selling everything from radios to can openers, turned out to be a virtuoso intelligence head. Under his command, the BSC established, as Jennet Conant writes in The Irregulars, “one of the most controversial, and probably one of the most successful, covert action campaigns in the annals of espionage.” There were two basic types of wartime propaganda. One was “white,” or straight, propaganda, which clearly identified the sender and was generally considered acceptable among neutral or friendly nations. The other, “black” propaganda, was much slipperier and more nefarious. BSC specialized in the latter, planting false information and quietly neutralizing or discrediting anyone—including at least one prominent American newspaper publisher—who spoke out against the British war effort.

For the assignment in Oshawa, however, Stephenson just needed a writer. And by the time Dahl’s name had made it up to his office in Rockefeller Center, the Norwegian’s literary career was well underway. Dahl had already published well-received short stories in magazines such as Ladies’ Home Journal and Harper’s, as well as more folkloric writing about the mythical “gremlins” that were said to sabotage RAF pilots in mid-air. The latter had drawn the attention of none other than Walt Disney, who wanted to turn the idea into a film. Stephenson, anxious about his legacy in the notoriously revisionist intelligence community, was looking for something less imaginative: a permanent record of the BSC as he had run it. The dusty copy submitted by the classics professor who’d been Stephenson’s first choice for the job hadn’t been good enough. So he recruited Dahl, along with a journalist-turned-BSC staffer named Thomas Hill, and sent them both north, to a landscape characterized by scrub brush and marshlands (what one might today pitch as a “writer’s retreat”).

Dahl arrived in Oshawa with some reservations. He wasn’t looking forward to spending his summer cooped up in small-town Canada, and he may also have had some residual anxieties from his previous visit to the country. Back in 1934, fresh out of boarding school, the teenaged Dahl had been one of a group of fifty volunteers responsible for mapping a swampy, uncharted corner of Newfoundland—then still part of the British Empire—on behalf of something called the Public Schools Exploring Society. At least, that was the purpose on paper. The true goal, according to Dahl’s official biographer, Donald Sturrock, was “the business of character-building.” He and his cohorts endured leaky tents, clouds of hungry mosquitoes, and marches through knee-deep bogs—not to mention the antics of their stubborn leader, “Admiral” George Murray Levick, a penguin expert who had survived the ill-fated 1913 Terra Nova Expedition to the Antarctic. By the end of their four-week trek, Dahl’s aversion to authority was fully developed. He and his friends publicly challenged Levick’s leadership, and Dahl’s diary recorded his distaste for the man’s less delicate routines. “Breakfast at 6:45,” he wrote one day. “The Admiral craps in the middle of the camp—quite unashamed and very successful—we all wish he wouldn’t.”

Oshawa was an obvious step up from the bogs of Newfoundland, but it was still miles from the Washington dinner-party circuit. Even in those early years, Dahl was a storyteller prone to exaggeration and colourful detail. He balked at the dry, painstakingly factual nature of the BSC work and quickly grew bored. He turned his attention more readily to his debut collection of short stories, Over to You, for which he had just signed a contract with a New York publisher. In Dahl’s own words, he “copped out” on the BSC job, leaving the bulk of the work to Hill, and instead spent his time playing golf, strolling around the lake, and working on his suntan—doing anything, really, but his assigned duties. He couldn’t even turn to his usual friend, alcohol, thanks to Ontario’s restrictive liquor laws. Dahl wrote to his mother that his allotment of one bottle of spirits per month was “very disheartening, and bad for one’s health.” That August, atomic bombs fell on Nagasaki and Hiroshima; by September, Dahl had once again been reassigned.

Though he fled the country as soon as possible, the writer would maintain an affection for Canada that lasted throughout his life. In a 1972 interview with BBC Radio, Dahl bragged that Canadian and American readers were responsible for a disproportionate number of fan letters. And among the items on the side table inside the eccentrically decorated shed in which Dahl wrote all of his children’s stories, he kept an Inuit bone sculpture of a whale. According to the Roald Dahl Museum and Story Centre, in Dahl’s long-time home of Great Missenden, UK, the writer may have received it as a gift during his time at Camp X. For decades, until Dahl’s death, it received prominent placement amongst an odd collection of tchotchkes, sandwiched between a framed photograph of his late step-daughter Lorina and a glass vial containing shavings from Dahl’s spine.

It’s unclear how Dahl’s time at Camp X influenced his writing—and how much work he actually completed there. He later told Stephenson’s primary biographer, Bill Macdonald, that he had contributed “a little bit of crap, and then thought, ‘Christ, I’m not going to do this, it’s an historian’s job.’” Somehow, a five-hundred-page manuscript was finished by the end of that summer, and Stephenson was satisfied enough with it to have twenty copies covertly printed and distributed. Churchill and other high-ranking officials received one, or were meant to; the rest Stephenson hid in a vault in Montreal, although he later ordered that they be destroyed. The subject of whispers and rumblings for decades, the book was finally—unofficially—released to the public by St. Ermin’s Press in 1998. Most of it is plainly written. But, as Sturrock points out, flashes of a Dahl-like voice do occasionally emerge. Take this description of the notorious Washington political columnist Drew Pearson, whom Dahl was friendly with: “Andrew Russell Pearson is a tall, tight-lipped individual, who looks uncomfortably like a horse, a likeness which is increased by his habit of snorting as he speaks.”

As descriptions go, it’s not quite James’s Aunt Sponge, with the “small piggy eyes, a sunken mouth, and one of those white flabby faces that looked exactly as though it had been boiled.” But it’s not far off.

Michael Hingston (@mhingston) has written for Wired, the Guardian, and The Walrus. He edits the Short-Story Advent Calendar.
Graham Roumieu