Fifty Shades of Vanilla | The Walrus
Skip to content 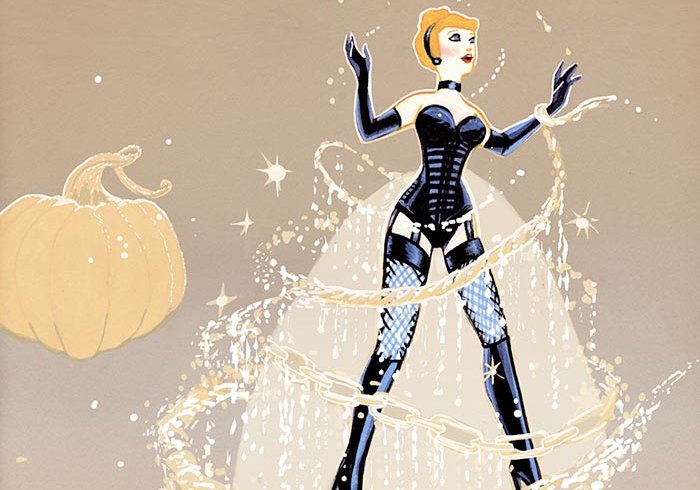 In his 2007 book, The Last Novel, David Markson quotes G.B. Shaw as saying, “If more than ten percent of the population likes a painting it should be burned.” Beneath this typically curmudgeonly and admittedly elitist witticism lies a simple truth: any work that aspires to blockbuster status must make aesthetic compromises. This is especially true in our today’s anti-intellectual cultural climate, which prizes instant gratification and easy emotion above the more difficult pleasures of formally challenging art.

In literature, commercial bestsellers such as the Harry Potter novels, The Da Vinci Code, or Will Ferguson’s Scotiabank Giller Prize winner, 419, often employ existing tropes recombined in readily accessible packages that demand little from their audiences. Back in 1960, the critic Dwight Macdonald recognized this aspect of what he termed “masscult,” writing that “it may be stimulating or narcotic, but it must be easy to assimilate.”

But before E.L. James and the astounding success of her kink-inflected Fifty Shades trilogy, no mass-produced erotic novel had achieved true blockbuster status (though Lady Chatterley came close in the aftermath of its landmark obscenity trial). Fifty Shades of Grey, the first in the series, tells the story of Anastasia Steele, a virginal university student who gets initiated into the world of bondage and domination through a relationship with business tycoon Christian Grey. What made it possible to consume the racy novel and its sequels in public without shame was the ascendancy of e-readers, the digital era’s answer to the brown paper bag. Meanwhile, the speed of online communication enabled word of mouth to make the book a hit well before the spring of 2012, when Random House snapped up the series. By the end of last year, the trilogy had sold 65 million copies worldwide.

That is not the kind of success publishers can ignore; established houses have been salivating over the prospect of finding the next Fifty Shades. This is how SECRET, a newly published Canadian novel, became the toast of the Frankfurt Book Fair when it was shopped around there last fall. Even without the benefit of a finished manuscript, the story—about a New Orleans waitress initiated into an underground society of women whose “whole reason for being is liberation through complete submission to [their] sexual fantasies”—created a stir. It has been sold into thirty separate territories, allowing its author, Lisa Gabriele (writing under the pseudonym L. Marie Adeline), to quit her job as a CBC television producer and write full time.

But an interesting contradiction is at work here. Readers of the Fifty Shades books snapped them up, at least in part because they were perceived as naughty. Yet their commercial success negates the possibility that they could be truly outré, since no such work could achieve that level of mass appeal. Both Fifty Shades of Grey and SECRET proffer the veneer of titillation, but wrap it up in a package that is safe and familiar. In this sense, the content perfectly reflects the impulse behind their marketing: publishers must prevail upon the notion that the novels are thrilling and arousing, but they must also avoid anything too unexpected or discomfiting. As it turns out, the new crop of books in a genre infamous for pushing societal boundaries offers fare that more closely resembles old-fashioned love stories.

Both Fifty Shades of Grey and SECRET constitute what novelist Barbara Taylor Bradford identified as “very modern romantic fairytale[s].” The trajectory of SECRET involves the heroine, Cassie Robichaud, awakening to the notion that she should not feel ashamed of her carnal desires. As independent women continue to be castigated with such epithets as “loose” or “slut,” this is a powerful message. But far from being progressive, Cassie arrives at her epiphany by way of the same makeover motif celebrated in Pretty Woman and Disney movies, coming out of her shell when she is outfitted for a charity auction in a pink dress, makeup, and glittering pumps, then later decked out in fishnets and a bustier for a burlesque show. “What needs are being tickled in us when the princess dream has not died by the age of 35? ” asks Tamara Faith Berger, quite reasonably, in her recent review of the novel for the National Post.

Berger goes on to bemoan the book’s apolitical aspect, but this seems like a misreading. SECRET, far from being apolitical—and even more than Fifty Shades—displays a highly conservative world view, first evident in the heroine’s sexual encounters. Cassie becomes utterly flustered at the notion of being intimate with another woman, and the sole lesbian character is only allowed a brief walk-on before fading into the background. The novel’s couplings present a narrow window on human sexuality: the most esoteric encounter involves an instance of anal sex described so coyly it is as though it were being viewed through a thick layer of gauze.

The author has suggested that the book contains a feminist undercurrent because it is about women helping each other achieve sexual liberation. And surely the impulse to present a milieu in which they can freely explore their sexuality without guilt is admirable. But SECRET ’s traditionally romantic structure undermines its putative feminism. Cassie’s encounters with a variety of men culminate with the one we are led to understand is her true love. Moreover, the men, with their rippling muscles and tattoos, tend to epitomize a clichéd ideal of masculinity. Instead of tilting toward subversion, SECRET offers a world in which Cassie achieves satisfaction through fantasy congress with traditional hunks.

When all manner of pornography—including a glut of amateur films shot and uploaded by anonymous exhibitionists—is available online, it is worthwhile to ask what transgressive sex might even look like in the new millennium. One groundbreaking example is the TV show Girls, which presents average-looking people engaging in sexual activity. The controversy surrounding whether its star and creator, Lena Dunham, has any business appearing onscreen without her clothes illustrates the degree to which society remains in thrall to conventional notions of attractiveness. Another example: the 2012 film The Sessions, which features Helen Hunt as a sex surrogate who ministers to a paralyzed poet, played by John Hawkes—arguably one of the most subversive cinematic examinations of sex in recent years. Adapted from an essay by Mark O’Brien, the writer who served as the basis for Hawkes’ character, The Sessions is transgressive merely in proposing the idea that a disabled man who in no way resembles Hollywood’s ideal of physical perfection deserves to have a satisfying sex life.

Anyone who remains unconvinced that consumption is a bigger fantasy than sex in our current culture need look no further than the TV series Sex and the City. The quartet of women are endlessly unsatisfied in their love lives, but manage to find succour in designer shoes. Mr. Big, the heroine’s recurring romantic interest, earns his sobriquet not from the size of his penis, but for the heft of his wallet.

Like Fifty Shades, Sex and the City engages in the notion that consumer products are more seductive than even the most spectacular sexual encounter. “Product” seems the appropriate word to describe SECRET as well. The author and her editor frankly admit that the book is intended to fill a market niche rather than to function as a work of literature.

Absent from the new breed of mass-market erotica is the ferocity that defines the genre’s classic works. While the great writers—Lawrence, Miller, Nabokov, Nin, Réage—all took pleasure in thumbing their noses at societal norms, the current crop wholeheartedly buys into them. To be fair, they have to. It is precisely the socially conservative fairy-tale element of works such as SECRET and the Fifty Shades trilogy that captivates their audiences. And in the refusal to truly engage with questions of what sexual liberation might imply, the Faustian bargain is enacted: Eros must be sacrificed on the altar of Mammon.

The refusal to capitulate to mass tastes is why Tamara Faith Berger’s 2012 novel, Maidenhead, which examines female sexuality and questions power dynamics in the areas of gender, race, and economic status, can never hope to achieve the same level of sales. This is why Lolita and Tropic of Cancer might still be considered dangerous: their authors are unafraid to extend their vision into uncomfortable areas or offend readers. By contrast, it is difficult to imagine anyone seriously wanting to ban SECRET. Even more than with Fifty Shades of Grey, its attitudes and approach are easily assimilable in our present cultural moment. These books are true masscult artifacts: adult fairy tales masquerading as adventures.