Feminism 2.0 | The Walrus
Skip to content
A new workshop addresses the IT sector’s serious gender imbalance

In one corner of an expansive incubator space in Vancouver’s historic Gastown, forty-five women lounge in their desk chairs, exchanging small talk between bites of artisanal brownies. Sunlight stretches across unfinished hardwood, low-backed sofas, and a chunk of driftwood that has taken on a new life as a coat rack. The scene looks and feels more like an independent coffee shop than a typical computer science class, which is exactly the point: Ladies Learning Code, a Toronto not-for-profit, is bent on revolutionizing the tech industry by tailoring programming workshops to women.

LLC founder Heather Payne has her work cut out for her. Although women make up the majority of undergraduates at Canadian universities, IT recruiters have long struggled to lure them into the server room. Even in Kitchener-Waterloo, where the tech industry has always been strong, some 88 percent of computer science students at the University of Waterloo are male. The gender gap doesn’t look much better once they head out into the work world. Fewer than one-quarter of IT professionals—among them the developers of the websites, apps, and search engines we use every day—are women.

With her trim figure, clad in a T-shirt and jeans, the twenty-five-year-old Payne could easily pass for a teenager, though in conversation she comes across as a tenacious entrepreneur and social change–maker. “There’s enough of an emphasis on technology in our lives today that excluding a group, even accidentally… it just doesn’t make sense anymore,” she says. As the students mingle on their morning coffee break, she perches on the arm of a sleek couch, one hand on a mouse and the other thumbing a tweet into her smart phone. Above her, a poster reads, “Good things come to those who wait are willing to get up and get shit done.”

When Internet data scraping becomes a form of trespass 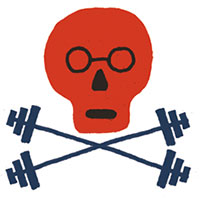 Scraping has long been a preferred technique of open-access hacktivists, who believe all information should be freely available. It requires relatively little skill to code a bot that will dutifully mine the Internet for content according to its creator’s instructions, automatically downloading and saving its finds for later use. Aaron Swartz, a twenty-six-year-old prodigy and an early developer with Reddit, is currently facing thirteen felony charges in the US for “liberating” 4.8 million scholarly articles from the academic database JSTOR. In 2010, at the Massachusetts Institute of Technology, he allegedly set up a station in a closet, where his bot could work unimpeded. American army soldier Bradley Manning used the same method to cull reams of US diplomatic cables later published by WikiLeaks. South of the border, self-styled liberators such as Swartz and Manning face criminal prosecution, under multiple federal statutes that define their cyber-activism as a form of trespass. Here in Canada, would-be scrapers are typically penalized as copyright violators rather than criminals.

Payne stumbled upon the idea for LLC while working at a “talent management” (a.k.a. recruitment) firm. It was not the job she had imagined for herself upon graduating from the University of Western Ontario’s Richard Ivey School of Business in London; she had harboured ambitions of working in sales for a start-up. When the firm sent her to Southern California on business, she heard about an LA women’s group called PyLadies that hosted Python programming workshops for beginners. She already had some basic experience: she had taken a computer class in school, and had taught herself enough code to design her own blog. But she didn’t feel comfortable learning the more complex languages such as Python on her own. Knowing that coding skills would come in handy if she ever realized that dream of joining a start-up, she packed up her laptop and headed to Pasadena.

The PyLadies experience was strikingly different from that of Comp-Sci 101. An army of volunteers rushed to her side whenever she had a question, and the instructor chatted about practical uses for Python, like scraping the Internet (searching and collecting data) for coupons. She returned to Toronto armed with new tech skills, a strengthened self-confidence, and a message for her peers. “Something is stopping women from developing these technical skill sets the way men do (just look at the numbers),” she wrote on her blog, “and we’d be better off if we did something about it.”

This idea would become the subject of many tweets (Payne now has more than 3,000 followers). Toronto’s tech community responded immediately, flooding her inbox with offers to help, and three months later she had rounded up enough volunteers and an expert programmer to host the first workshop, in August 2011. To her giddy surprise, tickets sold out in a day; a few months later, she was able to quit her day job. By the following summer, LLC had mobilized 400 volunteers and taught code to more than 1,700 students in Toronto. Soon she was planning workshops in Vancouver and other Canadian cities.

Like Payne, many of LLC’s students work on the edges of the IT sector. They are receptionists for developers, marketers for start-ups, bloggers for websites, or human resources managers for gaming companies. Laurin Thompson, a Vancouver Is Awesome blogger, says she used to rely on contractors to do the technical work for her. After today’s lesson, promises the instructor, Thompson will be able to build and design email codes herself. As she peers through her chestnut bangs at the lines of code projected onto the white wall at LLC’s HTML workshop, a mentor stands by, waiting for a hand to shoot up as the instructor speaks softly into a microphone. “I sort of fumbled my way around it,” says Thompson of her past coding experience.

Toronto LLC mentor Rebecca Putinski, an engineer for Xtreme Labs, has been a web designer for hire since she was twelve. At twenty-three, she has more industry experience than most of her male peers, but even so she has received disparaging comments from co-workers. “I’ve been told, ‘You can’t program. Go back to the kitchen,’” she says during a break at a Python workshop in Toronto in July 2012. She laughs it off, adding, “I just tell them I can bake cookies and program at the same time.”

This kind of attitude may work its way out of the industry if tech companies begin to recognize the value of gender-balanced teams. In most American families, women make 80 percent of the buying decisions (comparable Canadian stats are not available). Even the gaming industry, which for years only had eyes for male consumers, is seeking out female engineers as women start to dominate the casual gaming market.

For now, though, the female talent pool for programmers remains small. Putinski was one of only a handful of women in her graduating class at Waterloo, but she hopes workshops like LLC will begin to address tech’s gender imbalance. After all, there’s nothing stopping women from getting into the industry, other than the myth that “computers are boys’ toys,” she says. “Computers are just code and circuitry,” she says. “If you break it down to that level, you can do anything.”