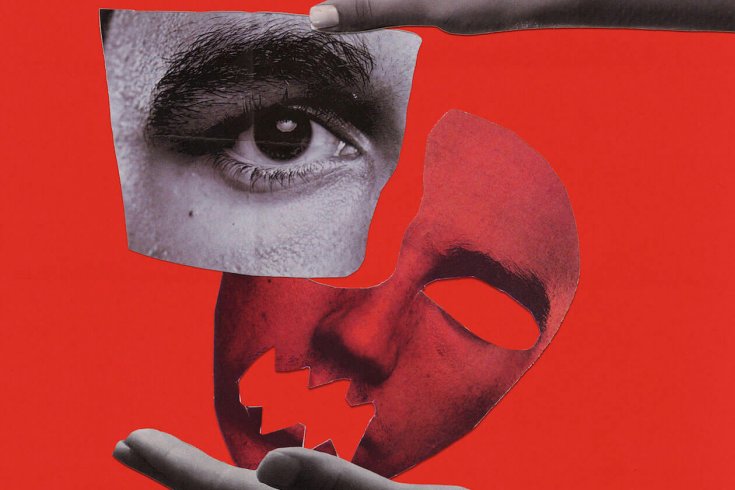 Maxime fiset first shaved his head not long after graduating high school in Quebec City. He collected a copy of Mein Kampf, a Nazi flag, and several books on how to build bombs, and he began referring to himself as a neo-Nazi. He once attempted to engineer a detonator to be used in an attack but stopped short of going through with his plan. By the time he was in his mid-twenties, Fiset slowly began to abandon neo-Nazi ideology, a change precipitated mainly during a stint as a bouncer at a gay bar. When the bar found out Fiset was a neo-Nazi, they chose not to fire him, while his acquaintances at Stormfront, then the internet’s most prominent white-supremacist community, urged him to quit. “That was a lesson in tolerance that I really remember today very fondly,” he says.

Just a few years later, last March, Fiset took to a stage in an events room at the Montreal Holocaust Museum to give a presentation on the rise of right-wing radicalization. He was dressed casually and wore his brown hair in a crewcut. He was attending on behalf of the Centre for the Prevention of Radicalization Leading to Violence (CPRLV), a Montreal-based non-profit that works to bring people back from the brink of radicalization through community support rather than aggressive security intervention. His presence, as a recovered right-wing radical, was emblematic of the CPRLV’s approach to what is known as PVE, or the prevention of violent extremism, that is positioning Canada as a potential global leader in identifying and combating radicalization. Trusting those who have at one point harboured violent ideologies is potentially risky, and misjudging the trustworthiness of a client could have dangerous consequences. But Fiset’s personal transformation demonstrates that change is possible. He feels that his job at the CPRLV is to use his knowledge and experience to offer first-hand insight into what drives radicalization and to act as a bridge for a conversation about the roots and expressions of extremism. “To understand a radicalized person,” he says, “what’s better than a previously radicalized person?”

Radicalization, as defined by the CPRLV, is “a process whereby people adopt extremist belief systems— including the willingness to use, encourage or facilitate violence— with the aim of promoting an ideology, political project or cause as a means of social transformation.” But radicalization, says Benjamin Ducol, head of research at the CPRLV, often has little to do with the substance of the particular ideology followed by a radicalized individual. “When the centre was established, we decided that when we were going to talk about violent extremism and violent radicalization, we were going to talk about all forms,” he says. “Whether you are going to join a jihadist group or a neo-Nazi group, there are elements that are common.” Anyone, given the right conditions, says Ducol, could fall into the trap of radicalization.

In the CPRLV’s view, the most effective method is not to stigmatize and dismiss all radicalized individuals as “evil” but to support them, to build up their sense of agency, and to foster a relationship of trust between the organization and the radicalized individual. The centre caters to far right individuals, including anti-abortion crusaders, as well as those from extreme left-wing groups, such as extremist environmentalists. Recently, in the wake of the April 23 Toronto van attack, the centre has offered its expertise on the “incel” community and other online misogyny-driven groups.

Many tips come through the CPRLV’s twenty-four-hour helpline, from a parent staying up late after their child has gone to bed or from a teacher between classes. Consultants conduct an initial assessment of the case to decide if there is an imminent threat to public safety. If so, the case is sent to the relevant authorities, and if not, the CPRLV’s small staff of twenty, including caseworkers, community-engagement workers, and radicalization research specialists, steps in. The team analyzes each case during a meeting to determine the severity of the radicalization, and then puts together an individualized intervention plan. In 2016, the centre received almost 800 requests for assistance and trained more than 1,200 individuals to address radicalization. Some of these requests, says Marian Misdrahi, head of case management and social reintegration at the CPRLV, are from parents who mistakenly view their child’s conversion to Islam as a troubling turn toward extremism. “They start to change a part of their lifestyle,” she says. “They stop eating pork, or changing what they wear. And there are a lot of people who think that that may be a sign of radicalization.”

The CPRLV developed a tool, known as the Behaviour Barometer, to help the public spot warning signs within their families or community. The barometer ranges from “insignificant behaviour” (“argues fervently to defend his/her convictions,” “converts or adopts new religious, ideological or political beliefs”) to “alarming behaviour” (including “plans a trip to a conflict zone or to a region in which violent extremist groups are known to be active”). The space between these points is where things get more complicated and where the CPRLV’s expertise is most useful.

Ducol is cautious about labelling the centre’s work as “deradicalization”; it isn’t possible to sit someone down and reason them out of their ideology, he says. Instead, CPRLV is focused more on prevention and intervention rather than complete ideological reversal. It operates in stark contrast to the hardline, “security-centred” approaches of the past, where law enforcement has cracked down on radicalized individuals or suspected radicals, which risks further alienating them and deepening their commitment to the cause. Civil liberties organizations in the United States, the United Kingdom, and Canada have long decried antiterrorism measures that have resulted in the profiling and surveillance of Muslim communities, strategies that many critics say are not effective at actually increasing public safety. “Radicalization, before becoming a security problem, it’s a social problem,” Misdrahi says. “We don’t think that the mission of the police is to deal with social problems, in that sense, but with security problems.”

A 2009 RCMP manual offers two definitions of “radicalization.” The first is technical, describing radicalization as “the process by which individuals— usually young people— are introduced to an overtly ideological message and belief system that encourages movement from moderate, mainstream beliefs towards extreme views.” The other definition is etymological: radical, from the Latin radis, like the word radish, is associated with being “buried in the ground, rooted, fundamental.”

The CPRLV chooses to look past their clients’ extreme beliefs and alarming rhetoric and instead focuses on social and psychological factors affecting radicalized individuals. The centre’s goal, in addition to protecting the public, is to protect the radicals themselves, the majority of whom have never actually committed any violent acts or done anything illegal. “I’m not focused on their ideology,” Misdrahi says. “I focus on who they are beyond ideology.”

Developing the CPRLV’s methodology has been a process, at least partially, of trial and error. “In the beginning, we thought that the best thing was to offer help, psychotherapy for example, clinical help,” Misdrahi says. But this method was met with resistance from those who felt that they were being judged and patronized. Instead, the CPRLV now often uses a more client-led approach, such as a recent comic-book project involving a group of radicalized young people. The group worked with a local artist to put together a comic book, in which they used Star Wars fandom as a metaphor for radicalization and expressing one’s beliefs. In one section, a young fan, a “Jediiste” named Hakim Skyworker, discusses being caught trying to run away and fight for the “Resistance,” in an allegory for radicals being drawn to join ISIS. Misdrahi says she saw real change in the group after they completed the project. “That, for them, is a way of explaining to people what their journey was,” she says. “And also to say, ‘I am not a monster. I am a regular teen who may have made a mistake.’”

The CPRLV’s work involves a high degree of faith in potentially radicalized individuals, and Ducol acknowledges that there’s only so much the organization can do toward a goal of full reformation. Success is difficult to measure. The CPRLV made headlines last year when it hired Sabrine Djermane and El Mahdi Jamali, a young couple that had stood trial on serious terrorism charges. The day the couple was arrested in 2015, police searched Djermane’s apartment and found a recipe for a pressure-cooker bomb, and, at the family home of Jamali, found evidence that he had been watching ISIS propaganda videos. The couple had also purchased two tickets to Greece—a potential point of entry on the route to Syria. After a months-long trial, the Quebec Superior Court acquitted the couple in 2017. Just over a month later, it was announced that Djermane and Jamali would be working for a three-month period as consultants at the CPRLV and developing a guide for people in the prison system who face terrorism charges— a move that drew concern and criticism from a skeptical public.

“It’s not that we are naive about them,” Ducol says. “I can see the perception that people have. ‘Okay, the trial is done, they have been released, and now they are working at the centre.’” But this isn’t the whole story, he says. The CPRLV had been working with the couple for a year and half before they were hired, while the couple was still in jail, and had deemed them to be trustworthy. “They have moved away from radicalization,” Ducol says. “I don’t know if they are completely deradicalized or if they have completely changed their view, but at least they have disengaged from extremism.”

In the past three years, the CPRLV has exported its Behaviour Barometer and other techniques to similar centres in France, the UK, and Belgium. And, in 2016, then United Nations secretary-general Ban Ki-moon visited the CPRLV’s office in Montreal. “I am very interested in your approach,” he said during a speech at the centre. “You are focused on helping individuals and families before the problems escalate. This is compassionate and effective.” A month prior, Ban had launched a UN plan to prevent violent extremism and was enthusiastic about new methods. “Understanding these phenomena is not the same as justifying them,” he said, articulating a point not commonly understood by those who doubt the empathetic approach of the CPRLV.

Fiset describes the need to “rehumanize” radicals. “They are human and they need help. Because you’re not radicalizing when you’re happy,” he says. Responses to Fiset’s outspokenness have been mixed. Extreme right-wing groups have made threats against him, and he’s incurred public disassociations from Montreal’s Antifa— or anti-fascist— organization. “Some people are totally willing to trust me because it fits their narrative that people deserve a second chance,” he says. “But some people really don’t believe in second chances, and for them, I will always remain tainted by what I might have done. And that’s also fine.”

Seila Rizvic is a former editorial fellow at The Walrus. her work has appeared in Hazlitt and Maisonneuve.

An Oral History of Whale Cove

Seila Rizvic is a former editorial fellow at The Walrus. her work has appeared in Hazlitt and Maisonneuve.
X