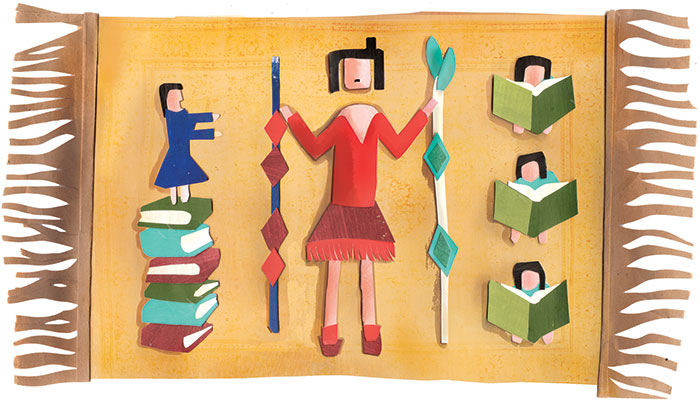 The Toronto District School Board is the largest entity of its kind in the country. It oversees 595 schools, 257,000 students, 16,000 elementary and secondary school teachers, and 25,000 additional full- and part-time staff. According to the organizational chart on its website, it also employs almost fifty senior managers. Its annual budget, about $2.5 billion, is bigger than those of all but two Canadian cities. Like school boards elsewhere in Canada, it is governed by part-time elected trustees, many of them aspiring politicians. At the TDSB, there are twenty-two, each of whom is paid an honorarium of $26,000 a year. In total, this layer of educational infrastructure—the interface between Ontario’s Department of Education and those 595 schools—costs around $75 million a year.

The Canadian Constitution gives the provinces jurisdiction over education. Over the years, and with variations from province to province, a system has evolved in which centralized functions are performed by provincial departments of education while decentralized functions are delegated to school boards. What this means in practice is that the departments of education establish curriculum, set standards for student achievement, and approve learning materials. The school boards do everything else, which in the case of the TDSB means allocating resources; hiring and firing principals, teachers, and other staff; monitoring student achievement; and building and maintaining facilities. The TDSB would add that it also “sets priorities to reflect community values and goals,” and collaborates with other levels of government “in the best interest of constituents and public policy.”

In a wave of amalgamations that began in the early ’90s, many provinces reduced the number of school districts, to give students more choice in school selection and greater access to special programs; to give teachers more mobility; and to rationalize resources, eliminate duplication and, it was hoped, lower the cost of governance. The result was fewer but larger school boards, of which the TDSB is merely the most outsized. In Alberta, where there were once 181 school boards, there are now sixty-four—some of them behemoths like the TDSB. The Edmonton board runs more than 200 schools with 80,000 students and 7,000 employees. Its budget is almost $850 million a year.

School boards are unique to Canada and the United States, although a number of American cities—notably Boston, Chicago, and New York—have recently eliminated them. In New York, the board of education became the department of education, its employees answerable to mayor Michael Bloomberg, who campaigned on education reform. The model has advocates here, although New Brunswick is the only Canadian jurisdiction in which it has been adopted; in 1996, the province replaced its school boards with administrative units run as divisions under the Department of Education. New Zealand showed the way: in the late ’80s, it shut down its school boards as an exercise in cost reduction, replacing them with school councils consisting of parents, teachers, and, in some cases, representatives from business and industry. Apparently, no harm was done; in 2008, the United Nations’ Human Development Index ranked the country’s education system among the best in the world.

We can all agree that public education constitutes one of the building blocks of our society—and that it will be even more important going forward, as we try to find our way in the so-called knowledge economy. So it is reasonable to ask whether the arrangements we made to manage public education more than a century ago are still working. To begin: are school boards really accountable? You are part of a tiny minority of Canadians if you can even name your trustee, never mind offer an assessment of his or her performance. Another question: absent accountability, have the country’s school boards ceded too much power to self-interested teachers’ unions? And a third: have we, without meaning to, created educational infrastructures so massive and complex that the public no longer understands how they work, let alone how to play a role in changing what they do? And finally, if it is possible to run hospitals with boards of part-time, unpaid volunteers, which we do, could we not run schools the same way? In short: is it time to eliminate the middleman in public education?

These are questions we should ask ourselves as the country’s five million elementary and secondary students return to school this fall—for their sake, and for ours.

John Macfarlane is the editor and co-publisher of The Walrus.
Mariah Burton