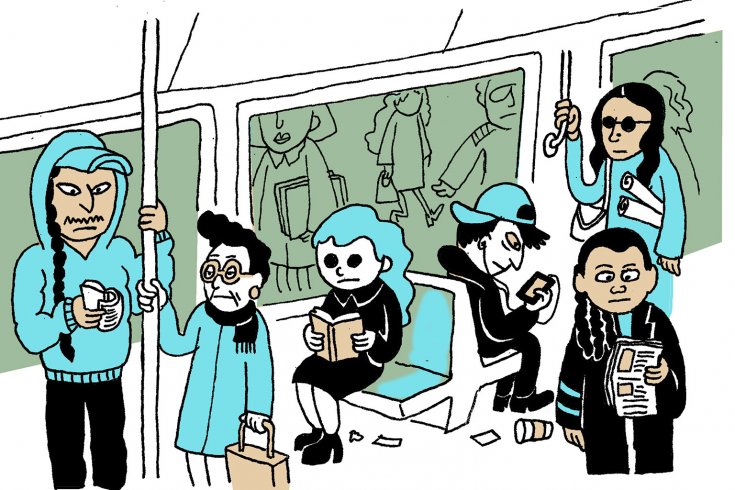 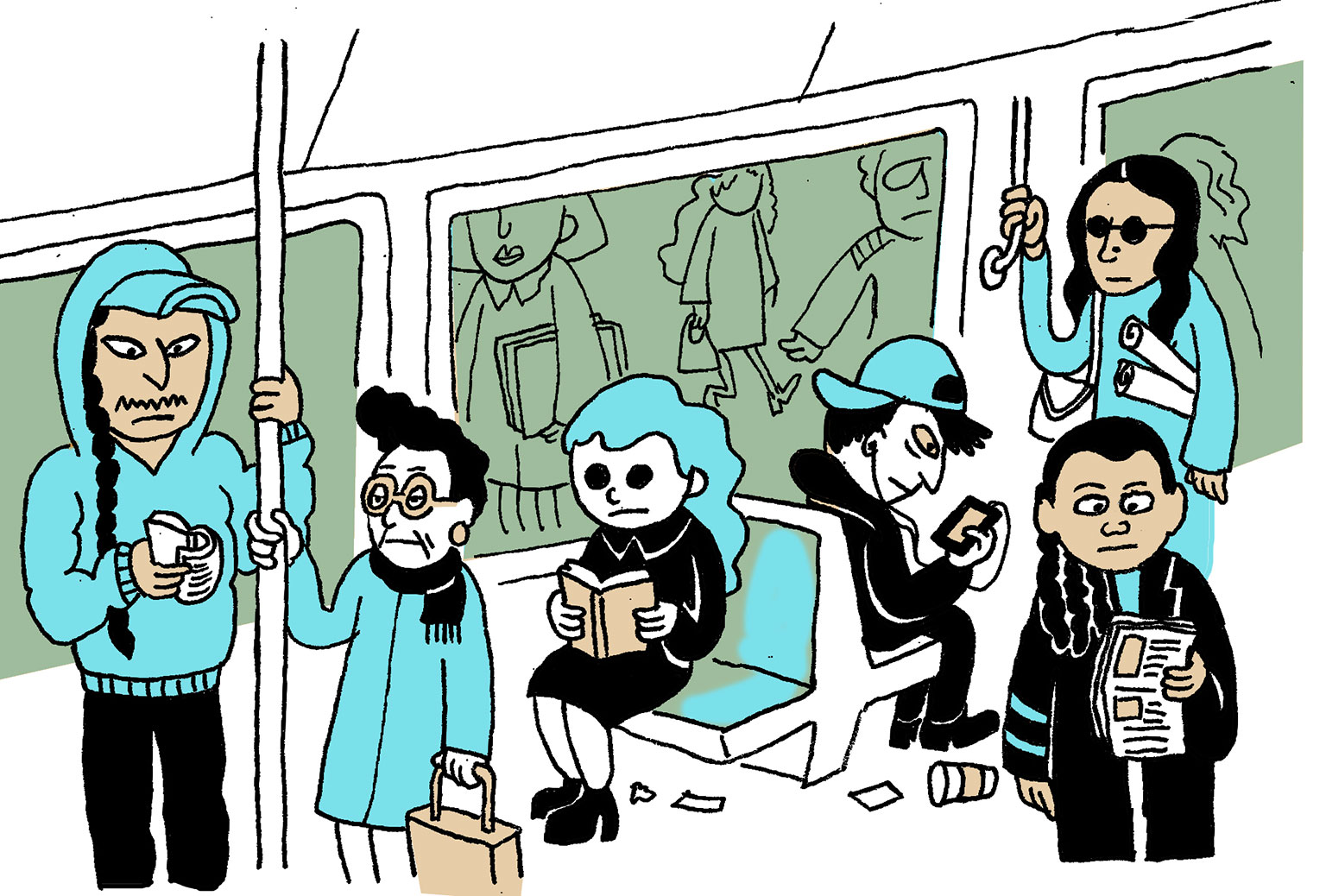 “Any slighting reference to Canada is bound to produce a flurry of anguished letters, most of them attached to manuscripts,” Michael Kinsley wrote in The New Republic three decades ago. “On the other hand, so is any favorable reference to Canada, so it would be futile to add at this point that I think it’s a lovely country and we’re darn lucky to have it next door, especially considering the alternatives. Yet Canada is, for all its acknowledged merits, a nation of assistant professors, each armed with articles designed to ‘dispel misunderstanding.’ These literary missiles are aimed at the American media, ready to be fired at the slightest provocation.”

Any Canadian past the age of thirty will recognize the whiny writing that Kinsley aptly skewered: until recently, our relationship with the United States was the great neurotic obsession of our intellectual life. This neurosis didn’t just produce insecurity; it also produced bad writing.

In the domain of foreign policy, especially, virtually every debate—missile defence, Cuba, Afghanistan, Iraq, terrorism, peacekeeping—was brought back to the question of whether we were doing enough to distinguish ourselves from the southern hegemon. To describe our place in the world in a way that made us feel morally superior, we became reliant on a canonical set of clichés—honest broker, human security, global citizenship, soft power. The dreariness of these tropes was unavoidable, because the approved form of argumentation among all those assistant professors was to string old ideas together in new ways.

Our fixation on the US suffocated our broadcast media as well. In the late 1990s, when I joined the National Post editorial board, I occasionally would be invited to take up the conservative side of debates on the CBC, usually sparring against left-wing academics such as Leo Panitch of York University, in Toronto. While the ostensible subjects would change—the Middle East, 9/11, and globalization were favourites—every show inevitably degenerated, often within minutes, into the same tired debate about whether America was a force for good or evil in the world.

My Post colleagues and I wrote many columns decrying anti-Americanism as an intellectual disease of the Canadian left (Robert Fulford was especially passionate on this file). And so it was. But this pathogen affected conservatives, too, albeit in an indirect way. My tribe was so eager to stand up for Uncle Sam that we often made ourselves reflexive apologists for George W. Bush’s foreign-policy blunders.

And we ignored America’s domestic disgraces, such as its status as the only developed country in the world that denied citizens universal health care. It wasn’t until Conrad Black got thrown into jail that many Canadian conservatives educated themselves about the appallingly rigged nature of the US criminal justice system. (One of the reasons that Black has been able to rehabilitate his reputation since returning to Canada is that his book-length critique of the American “prosecutocracy” was compelling to readers on all points of the political spectrum.)

I wrote the above paragraphs in the past tense because over the last decade all of this has changed. In 2006, Canada elected Stephen Harper, a champion of small government who has gone on to create what may well become a Conservative dynasty. Two years later, the US elected its most liberal president—a man who has opened up relations with Cuba, launched a legislative drive for universal health care, removed troops from Iraq and Afghanistan, given the cold shoulder to Benjamin Netanyahu, and (as of this writing) blocked the Keystone XL pipeline. Meanwhile, the gun-nut hysteria of the Tea Party movement profoundly alienated mainstream Canadian right-wingers (including our own David Frum, whose Twitter stream read like America’s right-wing conscience). Until just a few years ago, Canadian small-c conservative ideology felt like a derivative, me-too variant of its more robust American counterpart. In the Harper era, Canadian conservatism has become very much its own thing.

The result has been a complete upheaval of the ritualized debates about whether kind and gentle Canadian values are under siege from ultra-capitalist Zionist American rednecks. Twenty years ago, left-wing conspiracy theorists used to rave about predatory Americans coming to suck our lakes dry under the banner of free trade. Now, Canadian conservatives fill my inbox with warnings that US environmentalists are secretly plotting to destroy the oil sands, and that Barack Obama plans to foist sharia on an unsuspecting continent.

Much of our erstwhile neurosis was traced to the sheer size and economic power of the United States. But the financial crisis of 2008 crippled our neighbour while leaving us relatively unscathed: giants of Wall Street teetered and fell, while our own (highly regulated) banking system weathered the storm.

At times, the foreclosure crisis gave the US the appearance of being outright bankrupt. At the nadir of America’s misfortunes, Canadian web surfers tittered over real estate listings showing once-elegant five-bedroom Detroit homes going for the price of a used car. My realtor friends in Florida told me that middle-class Canadian snowbirds often were the only bidders on Del Boca Vista condos. In one particularly pathetic microcosm of the shifting power balance, Ottawa bankrolled the construction of a new Windsor-Detroit bridge because Michigan couldn’t pony up its share. America’s financial crisis was temporary, but the psychological effect here was permanent: we no longer live in menaced awe of a moneyed colossus.

One of the wonderful dividends of this natural maturation process has been that we now can have intelligent policy debates—about, say, health care or national defence or taxes—without constantly hearing one side denounce the other for making “US-style” proposals. That charge, once regarded as a sort of rhetorical checkmate in Ottawa salons, has lost all of its power in the age of Obama and Harper.

I am not suggesting that Canadians now enjoy a golden age of reasoned discourse. On Twitter and in question period, Liberals, Conservatives, and New Democrats slag one another off with language that would have shocked their parliamentary forebears. But at least the debates are being conducted on domestic merits, without the spurious intrusion of Yankee bogeymen. That’s progress.

Two decades ago, at twenty-six, I left Montreal for the United States because that’s what ambitious Canadians were supposed to do. (Had Black not lured me back by creating the National Post, I might be an American citizen by now.) Back then, if you were looking for a career in, say, law, real estate, medicine, high tech, or the fine arts, it was a given that you needed to head south. This was especially true for up-and-coming journalists: since we spent so much time nattering about our neighbours anyway, why not just cut out the middleman, move into a crappy New York apartment, and start pitching freelance to the Village Voice?

This attitude is gone—or at least very much on the wane. Whatever you may think about the way Stephen Harper has changed Canada, it is undeniable that we have become a richer, more interesting, and less insecure country than we were just a decade ago. I’ve lost count of the number of international surveys that Canada (and Toronto, its largest city) now tops. Ambitious Canadians in every field have better reasons to stick around than they did even a few years ago.

And all those assistant professors whom Michael Kinsley disparaged have become less whiny: having shed our anxieties about our relationship with the US, Canadian intellectuals now draft their impassioned manifestos in a country that is important and interesting in its own right.

Needless to say, this is good news for The Walrus, a magazine that explores Canada and its place in the world. Never in my lifetime has it been a better time to write—and read—about this wonderful country.

This is the first edition of The Walrus with my name on the masthead. As I take the reins, I thank my predecessor, John Macfarlane, for trusting me to move into his office and to edit his magazine. In an industry where top people routinely are fired in an instant or leave in a huff, Macfarlane was one of the rare birds who left at the top of his game, entirely on his own terms, roundly feted by Walrus colleagues and board members alike. And to the extent that I enjoy the goodwill of my wonderful new co-workers, it is mostly because he instructed them to extend it to me.

These are rocky times for print publications. But it is no exaggeration to say that Macfarlane saved this magazine during an especially challenging period. His title above on the masthead may now read editor emeritus. But saviour might have been the more accurate choice.