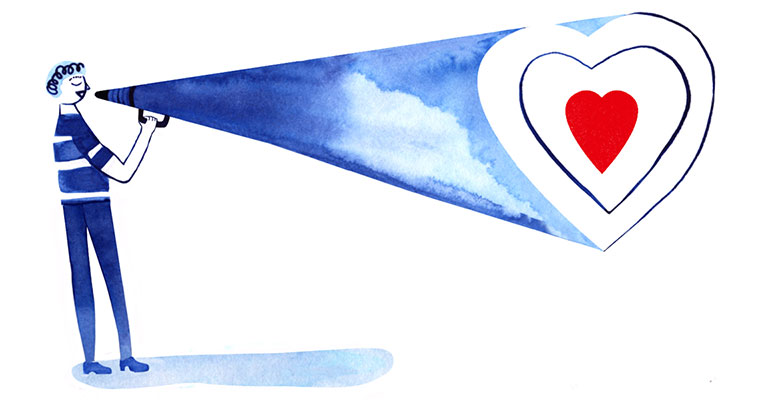 In a year—or less, depending on the wishes of the prime minister—Canada will hold a federal election. While the outcome is far from certain, it seems unlikely that any party will win a majority. After eight years in office, the Conservatives are increasingly unpopular, making a minority government the best they can hope for. The Liberals are leading in many polls, but with the New Democrats nipping at their heels a majority is probably beyond their grasp as well. What makes this election especially difficult to predict is the absence of a defining issue. The opposition parties will try to make the Senate scandal the headline, but without a smoking gun—proof that Stephen Harper knew all along about the $90,000 Nigel Wright gave Mike Duffy—they will fail. Which leaves us with the same old same old: health care, the economy, unemployment, et cetera—matters on which the parties more or less agree.

Other issues exist, of course. The environment is one. How do we transition from fossil fuels to more sustainable sources of energy? The plight of Aboriginal peoples is another. When will we stop looking the other way? A third is the crisis in municipal affairs. Our cities are falling apart because they are broke. They are broke because they lack the taxation powers of the federal and provincial governments. The reasons are complicated, but boil down to this: A century ago—when most Canadians lived on farms, or in villages and small towns—no one foresaw the emergence of cities whose populations vastly outnumber those of some of the provinces. No one imagined a day when the country’s fate, socially and economically, depended on the prosperity of its cities. That such a day is here, and that we continue to behave as if it were not, is tragic.

Under the Constitution, municipalities are creatures of the provinces, whose ministries of municipal affairs are too often held hostage to parochial political impulses. Small communities resent public investments in big cities, even if they benefit the province as a whole—and, regrettably, it is the rare premier who has mustered the courage to point this out. Canada would be in a stronger position, vis-à-vis its international competitors with whom it vies for immigration and trade, if more money were spent on infrastructure in the country’s ten biggest cities—Toronto, Montreal, Calgary, Ottawa, Edmonton, Mississauga, Winnipeg, Vancouver, Brampton, and Hamilton—and less on state-of-the-art arenas and roads to nowhere in more remote, smaller municipalities. This inversion of enlightened public policy is exacerbated by the provinces’ reluctance to work with the federal government on urban affairs.

Pierre Trudeau recognized that municipal issues had national consequences, and in 1971 created the Ministry of State for Urban Affairs. Its objective: to bring all three levels of government to the table to formulate new policy—a strategy called tripartism. The provinces were suspicious from the outset, and after they refused to attend the last of three tripartite conferences in 1976 the ministry was abolished.

In 2003, Paul Martin created a cities secretariat within the Privy Council Office and chose John Godfrey, who was later appointed Minister of State (Infrastructure and Communities), to run it. The position still exists, although the incumbent, one of thirty-nine in the Harper government, doubles as Minister of the Economic Development Agency of Canada for the Regions of Quebec. Under Martin, the government also addressed long-term sustainable funding by giving municipalities a share of the federal gas tax. This too is still in place, but for the most part Ottawa’s support remains ad hoc.

Which leaves us where? The provinces have no interest in sharing their jurisdictions, and the federal government—the one in power, anyway—appears to have no appetite for a confrontation over the arrangement. As for the municipalities themselves, they can be forgiven for not wanting to get into a public spat with the two so-called senior levels of government, on the grounds that it is rarely a good idea to bite the hand that feeds you. But if not them, then whom? The only player remaining is the electorate—you and me. More than half of us live in the country’s four largest urban regions (Ontario’s Golden Horseshoe, Greater Montreal, the Calgary-Edmonton corridor, and Metro Vancouver), and the next election gives us an opportunity to make municipal funding a defining issue. All we have to do is speak up.