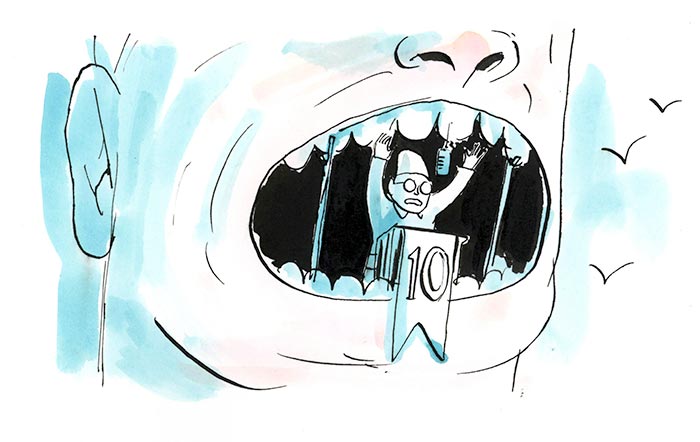 The year 2003 is recent enough that its contours seem almost familiar—and yet distant enough that recalling them requires some effort.

Jean Chrétien stepped down as prime minister to make way for Paul Martin, a transition the Liberal Party would soon regret. Stephen Harper was leader of the Canadian Alliance (formerly the Reform Party of Canada), and poised to engineer a merger with the Progressive Conservatives that would give him the keys to the PMO in three elections running. A fresh-faced alderman from Toronto, whom Canadians would come to know simply as Jack, had inherited the New Democratic Party leadership from Alexa McDonough. And although the Bloc Québécois was no longer the Official Opposition, with Chrétien’s departure Gilles Duceppe could claim the distinction of longest-serving national party leader.

Among the provincial premiers, Ralph Klein was senior, having held the office in Alberta for over a decade, but the guard was changing. Elections in Newfoundland, Quebec, and Ontario produced newcomers Danny Williams, Jean Charest, and Dalton McGuinty. As yet, none of the premiers were women, although that, too, would change; today there are five. Mel Lastman, about to step down as mayor of Toronto, was the only municipal leader with a national profile, but—like Rob Ford today—for all the wrong reasons. When a winter storm buried Toronto under 118 centimetres of snow in 1999, Lastman summoned the army to help clear the streets, and, not for the last time, the rest of the country enjoyed a moment of derisive laughter.

Two years after 9/11, the nation’s mood was improving. The economy was recovering from a global recession, despite such irritants as a summer hydroelectric blackout in Ontario. In this, as always, much depended on the United States, our number one trading partner and still the world’s largest economy, although it was already clear that China would eventually surpass it. America, however, was preoccupied, not with economic matters, but with the war on terror. The US and Great Britain invaded Iraq, looking in vain for weapons of mass destruction, and while George W. Bush quickly declared victory, the war raged on—as it would, at a great cost in civilian and military lives, for many years to come. Canada ignored Bush’s entreaties to join the “coalition of the willing,” having already committed troops to purging the Taliban from Afghanistan.

The year got off to a bad start with the disintegration of the NASA space shuttle Columbia as it re-entered the earth’s atmosphere over Texas, killing seven astronauts. In the months that followed, London mayor Ken Livingstone introduced a congestion charge to encourage drivers to abandon their cars in favour of public transit; the International Criminal Court held its inaugural session at The Hague; China began filling the reservoir behind the Three Gorges Dam; the Human Genome Project was completed, as researchers compiled a list of the three billion bits of genetic code that make up everyone’s DNA; and in Paris a sign of environmental events to come, when a heat wave saw the temperature rise to 40°C, causing hundreds of deaths.

The big news here at home was SARS, which claimed its first Canadian victim in Toronto. When others followed, the World Health Organization advised travellers to avoid the city (more laughter, as Lastman told CNN he’d never heard of the WHO). In May, the discovery in Alberta of a cow with bovine spongiform encephalopathy (mad cow disease) prompted the United States, Japan, and other nations to halt the importation of Canadian beef. On a happier note, the International Olympic Committee awarded the 2010 Winter Games to Vancouver. And in Ontario, the Court of Appeal struck down legislation banning same-sex marriage. Over the next year or so, another seven provinces and one territory would follow suit, and by 2005, when Canada became the first country outside Europe to legalize gay unions, more than 3,000 couples had already tied the knot.

There are many reasons to remember 2003, but for us at The Walrus one stands out above the others: the magazine was founded that year. This is its tenth anniversary, and the issue you’re holding—at twice the size of a regular one—is our way of marking the occasion and thanking you, our readers, for making it possible. Ten years ago, no one could be certain this day would come. The journey hasn’t been easy, but it has made us strong—which is why we’re not so much hopeful as optimistic that this curiously named magazine will explain Canada to Canadians for many years to come.

John Macfarlane is the editor and co-publisher of The Walrus.
Graham Roumieu

The Role of the Media in a Time of Crisis

What the Death of Local News Means for the Federal Election

Enemies of the State