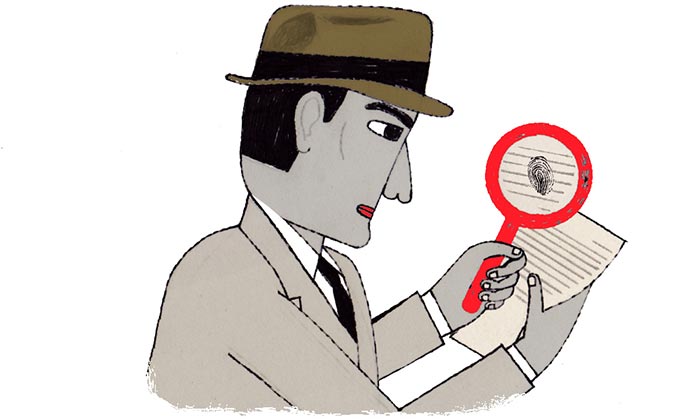 The editorial interns at The Walrus are for the most part better educated than I am. I went to university but didn’t graduate, having discovered my calling in the sandbox that was the student newspaper. Most of our interns are similarly inclined toward careers in journalism, but unlike me they have wisely chosen to educate themselves first. Many arrive at 19 Duncan Street with newly minted degrees from universities across the country and around the world. What they’ve studied—English, philosophy, political science, history, environmental studies—is beside the point. The knowledge they’ve acquired, however obscure, will make them better journalists, if that’s what they decide to become, because they’ll bring something to the job beyond mere competence in the mechanics.

Our interns, four or five at a time, stay with us for six months—long enough for us to show them the ins and outs of magazine publishing. We invite them to story conferences and production meetings. We offer them seminars in substantive editing, copy editing, art direction, and freelance writing. We find them mentors at other news organizations. What they do for us in return is check facts. (It’s worth noting that what they don’t do is fetch coffee—or anything else, come to that.) By the time they leave, they understand that fact checking, while far from glamorous, is crucial in the making of quality magazines, even if it goes largely unnoticed; corrected errors are, after all, undetectable. They leave knowing that they’ve gained a skill—the resourcefulness and intuition necessary to measure the credibility of sources—they can put to good use in whatever field they choose.

Fact checking as a part of the editorial process originated at Time in the 1920s. By the standards of the day, the magazine’s co-founders, Henry Luce and Briton Hadden (its first editor), were almost fetishistic about accuracy. But The New Yorker, launched at about the same time by Harold Ross, took the practice to new heights. Ross, too, was obsessed, and over the years he and his successors created the Vienna Philharmonic of fact checking departments, which not surprisingly was much larger than most. Where fact checkers at other magazines were regarded as editorial coolies, at The New Yorker they were highly esteemed. At other magazines, fact checking was an entry-level job. At The New Yorker, where smart, well-educated checkers got to pore over articles by the likes of Joseph Mitchell, Lillian Ross, Roger Angell, Janet Malcolm, and John McPhee, it was a career.

Why, you ask, would journalists of that calibre require fact checking in the first place? Couldn’t they verify their facts themselves? But in fact, even the most conscientious writers make mistakes, and even the most insignificant errors undermine a magazine’s credibility. That’s why every word in every issue of The Walrus is scrutinized for factual accuracy—and not just once. Was Briton Hadden really Time’s first editor? Is The New Yorker’s checking department really larger than most? And how do we know? Most newspapers aren’t fact checked, so they’re considered unreliable when it comes to corroboration. The same holds true for other daily media, most websites, and the average blog. This means the checker must often seek out primary sources. To verify that Briton Hadden was Time’s first editor, the intern assigned to check this column consulted a biography; and an email to The New Yorker’s head of fact checking confirmed that yes, it still employs more checkers (sixteen) than most magazines.

Since The Walrus was founded ten years ago, hundreds of thousands of such emails have been sent by more than seventy-five editorial interns (the magazine trains young art, digital, and publishing professionals as well). After they leave, we think of them as our alumni. Some go on to continue their educations: Christopher Flavelle (’04) went to Columbia for a master’s degree in international affairs and is now an editorial writer with Bloomberg News. Patrick White (’05) went to Columbia for a graduate degree in journalism and is now a reporter at the Globe and Mail. Others leap immediately into journalism, many—like Simon Lewsen (’11), whose piece on the depiction of poverty in Canadian film appears in this issue—as freelance writers. Still others choose the course I took: editing. Jeremy Keehn (’04) now works as an associate editor at Harper’s. Jared Bland (’07) is a books editor at the Globe and Mail. Natalie Matutschovsky (’03) is a senior photo editor at Time. And Jordan Timm (’07) is the city editor at the Ottawa Citizen.

When we can, we hire former interns ourselves, although only Amy Macfarlane (’06), the senior editor who handled Drew Nelles’s moving memoir about a disabled friend in this issue, is still with us. But in a sense, they never really leave. Having enriched the magazine’s gene pool, they become part of its DNA.

John Macfarlane is the editor and co-publisher of The Walrus.
Sara Guindon