Dreaming a New Myth | The Walrus
Skip to content 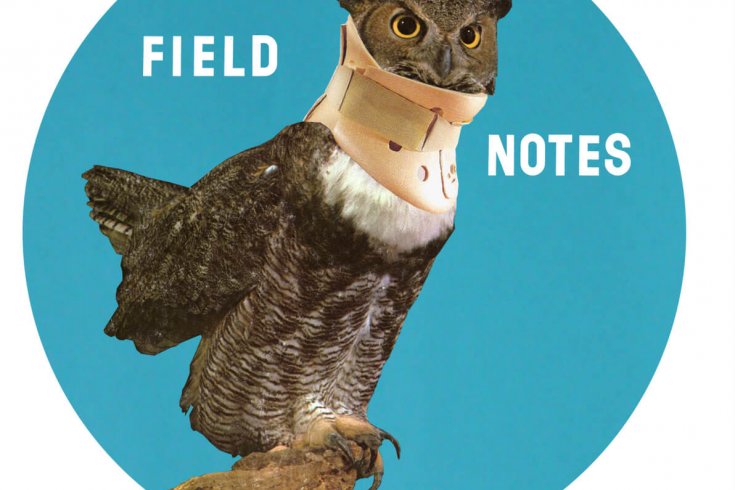 sipaliwini basin – We leave our boats on the river and trudge into the Surinamese jungle without speaking. Piha birds shriek two-syllable greetings, and the electric hum of cicadas rises on the late-afternoon air along with the sour stink of wild boar. Soon the trail is blocked by a series of massive boulders. We have arrived at the sanctuary of Werehpai.

Before taking us any further, our Trio Indian guide recounts the story of how he found this place.

“I was chasing a herd of boar when my hunting dog disappeared,” Kamania tells us in Sranan Tongo, Suriname’s matter-of-fact lingua franca. “I looked for him all day but couldn’t find him, so I returned to camp. My wife was very upset. Our dog is a good dog. I went to sleep angry and very sad.”

That night, Kamania dreamt of a voice. The voice described a secret pathway through the forest and told him to follow it. “You will not find your dog,” said the voice. “Instead, you will find pictures of your ancestors carved in stone.”

“I woke before the sun and followed the same route I’d learned in the dream,” Kamania continues. “I secretly expected to find my dog, but by noon I had found nothing, so I sat down to eat my lunch. I was lost. I did not know where I was. Then, on the surface of a stone at my feet, I saw a face staring up at me.”

Kamania looked up and realized he was sitting in front of a towering complex of granite boulders overgrown with moss and vines. He had never seen this place before. “The face told me to explore the stones,” he says.

Among the boulders, Kamania found a labyrinth of seven interconnected caves. The walls of each room were covered with rough petroglyphs, haunting images of faces and rainforest animals carved into the rock. In one room he found an altar stone, its flat surface thick with the bones of boar, armadillo, and monkey – once home to his ancestors, this room was now a jaguar’s lair. The sloped floors were carpeted with shards of pottery, and the sound of them splintering beneath his feet frightened him.

Kamania left quickly. He paddled downriver to Kwamalasamutu and alert­ed the village chief to what he’d found. Soon, government officials and local archaeologists were informed, and the site was declared a sanctuary. An archae­ologist from the Smithsonian came to conduct a preliminary dig. Conservation International, already active in the rainforests of Suriname, quickly began exploring the ecotourism potential of the site. Our expedition is part of that mission.

After uttering a short prayer, Kamania leads us into the caves. The air becomes dank and cold, almost subterranean. The floors are slippery with tropical lichens and dotted with ceramic fragments.

We make our way into the first house and begin to see the carvings: stick-figure bodies with oval heads, their mouths wide open in fear or anger; giant spiders and coiled serpents, threatening to strike; hybrid beings, half man and half butterfly, loosing arrows from the roof. And everywhere, images of men with ornate headdresses, suggestive of Amerindian royalty, and women in simple pigtails.

The carvings come alive in the skittering light of our headlamps and cameras. In every room, I get the disturbing impression that a hundred eyes are following me as I move through the shadows. No human has lived here for at least a millennium, but the caves still feel eerily inhabited.

Carbon dating of charcoal remains has determined that Werehpai is at least 5,000 years old, a prehistoric apartment complex that once served as a tempor­ary village site for nomadic hunters and, later, small tribes of agriculturalist Amerindians. Kamania’s discovery is easily the most significant archeologic­al find in Surinamese history, and the petroglyphs are one of the most remarkable deposits of Stone Age artwork in South America. But to date, fewer than a hundred modern people have set foot among the houses of Werehpai.

The passageways between the rooms are narrow and dark, and we often have to crawl blindly on hands and knees. But Kamania rushes us through the maze, clearly uncomfortable with our popping flashes. He is very proud of this place but intensely protective of it. “Snel, snel,” he says, urging us to move faster.

In an hour we emerge from the seventh house. As our eyes adjust to the muted light of the jungle, Kamania explains the sanctuary’s significance to his people, and how it got its name.

Trio legend says that Werehpai was a young woman from the Akijo tribe, a group that lived for thousands of years in the remote jungles of the Upper Ama­zon Basin. The Akijo were an advanced people – they knew how to paint, to draw, and to weave – but they were also a warring one, renowned for their violence and cannibalism.

One day, Werehpai was given two children, kidnapped from a neighbouring tribe, to raise as her own. When they reached adolescence, the girl was removed from Werehpai’s care and subjected to a horrific Akijo ritual: she was tattooed from head to toe and then kept alive as her limbs and torso were shorn apart and devoured by her tribespeople.

Terrified and heartbroken, Werehpai helped the girl’s brother, Aturai, escape into the jungle. In time, Aturai returned with an army of men, bent on revenge. A vicious battle ensued. The jungle spirits, who could always be trusted to side with the righteous, joined with Aturai. When the jungles fell silent, he had prevailed – the Akijo had been destroyed.

The Trio believe the petroglyphs at Werehpai are their ancestors’ visual record of that battle – the graphic novel of a story that has been passed down orally for countless generations. Soon after the discovery of the caves became public, the Trio held a feast to bless the sanctuary. They offered tributes to their forebears, the small tribes of Amerindians whose prehistoric spirits still haunt the caves.

But the feast also honoured Kamania and the dream that led him to the caves. His tale has quickly become legend here and now affords him a measure of shamanic celebrity among his people. It proves that even today, in parts of the world where good storytelling is still the most respected form of information technology, new myths are continu­ally being lived, spoken, and dreamt.

We hike back to the Sipaliwini along the tangled pathway of Kamania’s dream route. As we climb into the boat, I ask him if he ever found his dog. “No,” he says with a smile. “The dog found me.” A week after Kamania stumbled upon Werehpai, his hunting dog reappeared at his door.